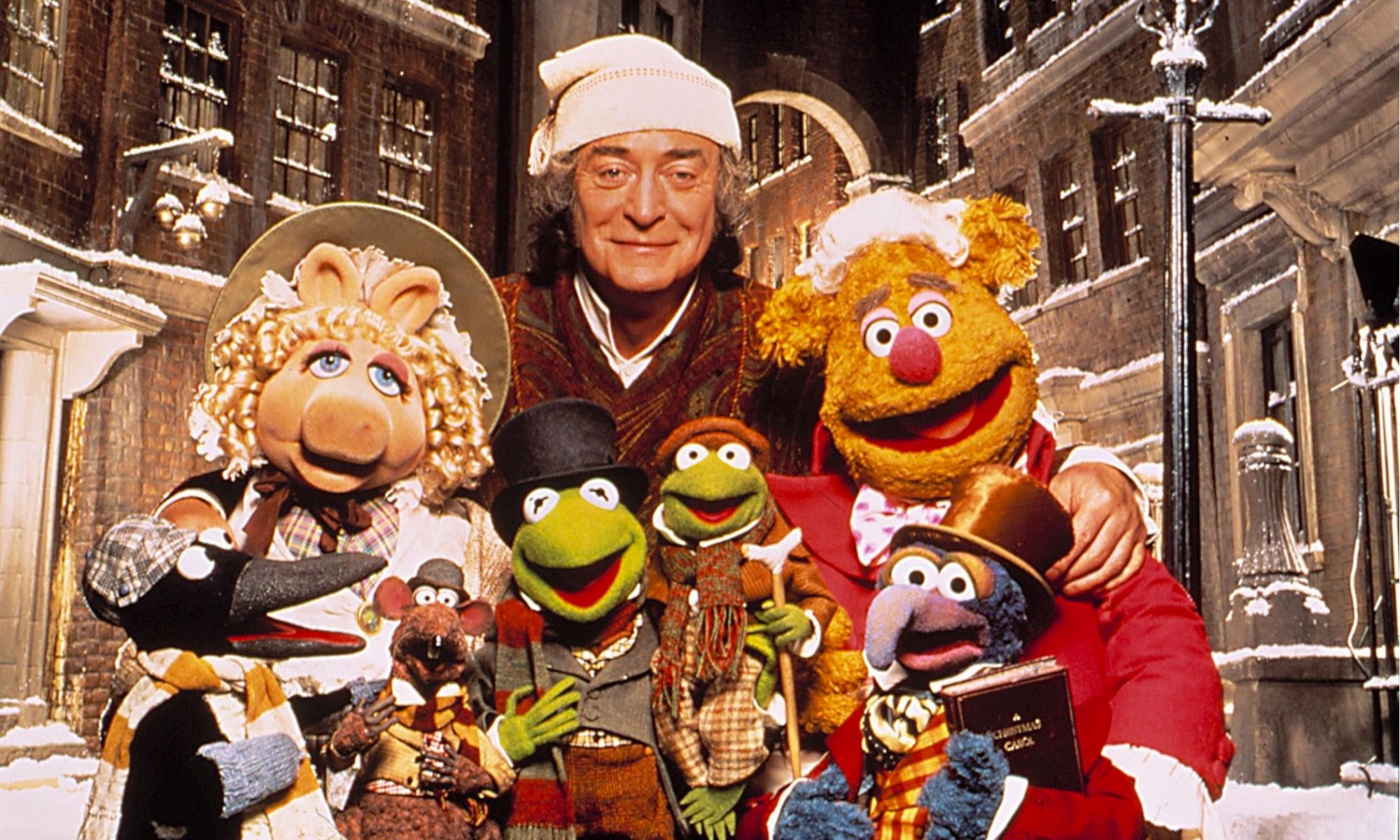 Believe it or not, but until recently, I have not watched a single Muppets movie or TV show. Yes, I did see the occasional YouTube clip, and I am aware of Muppets, but it’s not something I grew up watching. But sooner or later, being a movie fan, you can’t escape the Muppets. And when I was looking at some Christmas classics I have never seen, The Muppet Christmas Carol showed up on my list. After checking with a few good people at SiftPop (I wanted to make sure this would be a good one to jump into if I have never seen any other Muppets movies), I gave this a chance. And I was surprised how much I loved it.

First of all, I know of the book A Christmas Carol even though I’ve never read it (believe it or not, it’s not that adored in the Czech Republic, but I remember learning about it and Dickens). Then, I had seen A Christmas Carol (2009, my review here) starring Jim Carrey as Scrooge and thought it was a great story in a decent film with Carrey over-acting at times and dated CGI. That was a few months ago, and I hadn’t thought about it until I’ve watched this Muppet version of what probably is the most famous Christmas story. And who would’ve thought everything here would work so well?

I can’t say The Muppet Christmas Carol is the best version of that story, simply because I have not seen the other versions. What I can say is I can’t imagine what could possibly be improved upon now. Because this story starts and ends with Scrooge, and if you don’t have yourself a great Scrooge, the movie won’t make any impact. That is where Sir Michael Caine steps in to deliver one of his best performances…? In a Muppet movie? Yep, I couldn’t believe it, but it is true. From the beginning of this movie, you feel his presence, and he is the standout of this film. He never lets his guard down; he never winks at the camera or acknowledges the fact that he is acting “against” the Muppets. And that was a very conscious choice of his that could have made him look like a fool. Except, it’s Sir Michael Caine, and he understood why he made that choice. He understood that if we didn’t trust his character being an evil person at the start, we couldn’t buy into anything else. Muppets or no Muppets, the heart of the story is Scrooge and his redemption. And he delivered.

Another thing that surprised me was how much I had enjoyed the “actual” Muppets. They fit in the story, the film, their style of humour wasn’t clashing with the narrative. On the contrary, having two Muppets narrate the story was a genius idea, and it helped to deliver “more Dickens” on the screen. And even if this was meant for the kids, I could watch it today (being 30 years old) and laugh at it too while being invested in the story. I often write about this “phenomenon” of some kids movies being too dumb because the adults behind them think children will eat anything up. And this movie proves that no, you can have a balance. You can make silly jokes, but at the same time, you can have some meat on your bones in the kids’ movie because they can handle/process much more than you think. And this was in 1992!

On the technical side, if you are like me and watch it for the first time on Disney+, make sure to watch the deleted scene “When Love is Gone” under Extras. And instead of me trying to explain it, see it for yourself as to why producers felt the need to remove it (a wrong move, btw, the song works and shows us Scrooge’s emotional depth):

The song “When Love Is Gone”, sung by Belle, was dropped from the theatrical release (over the objections of producer and director Brian Henson) at the request of Disney chairman Jeffrey Katzenberg, who considered it too sad for young children.) The last-minute decision resulted in a jarring edit in the scene from which it was removed, and caused some confusion about Scrooge, Gonzo, and Rizzo’s reactions. The scene was restored in the VHS, LaserDisc, and first DVD (full screen) releases, but it isn’t used in television airings, Blu-ray releases, or the Netflix or Disney+ version. However, it is available as an “EXTRAS” option on Disney+. In mid-December 2020, Brian Henson announced that the original negatives for the removed scene had been found and would be re-instated (back) into the film, hopefully in time for its 30th anniversary in 2022.

I don’t know why I avoided any Muppets films. I think there might have been a part of me that thought I wouldn’t appreciate them. Thinking about it, yeah, I might have thought to myself that since I didn’t grow up watching the Muppets, now it might be too late to get into them, trying to catch up. But it seems like I was wrong. I was genuinely surprised by how heartwarming, funny and entertaining this movie was. So, yeah, I might get to watch more Muppets movies in the future. And I can’t wait to see them.

Overall, The Muppet Christmas Carol delivered everything I didn’t know I wanted/needed. The movie is funny, heartwarming, has a lot of catchy songs and at its core, it has Sir Michael Caine, who delivers one of his best performances. If you are like me and have never watched any Muppets film or you might be looking for something to watch during the holidays, this movie holds up beautifully. And to be clear, this wasn’t the last time I’ve seen this film, that is for sure.