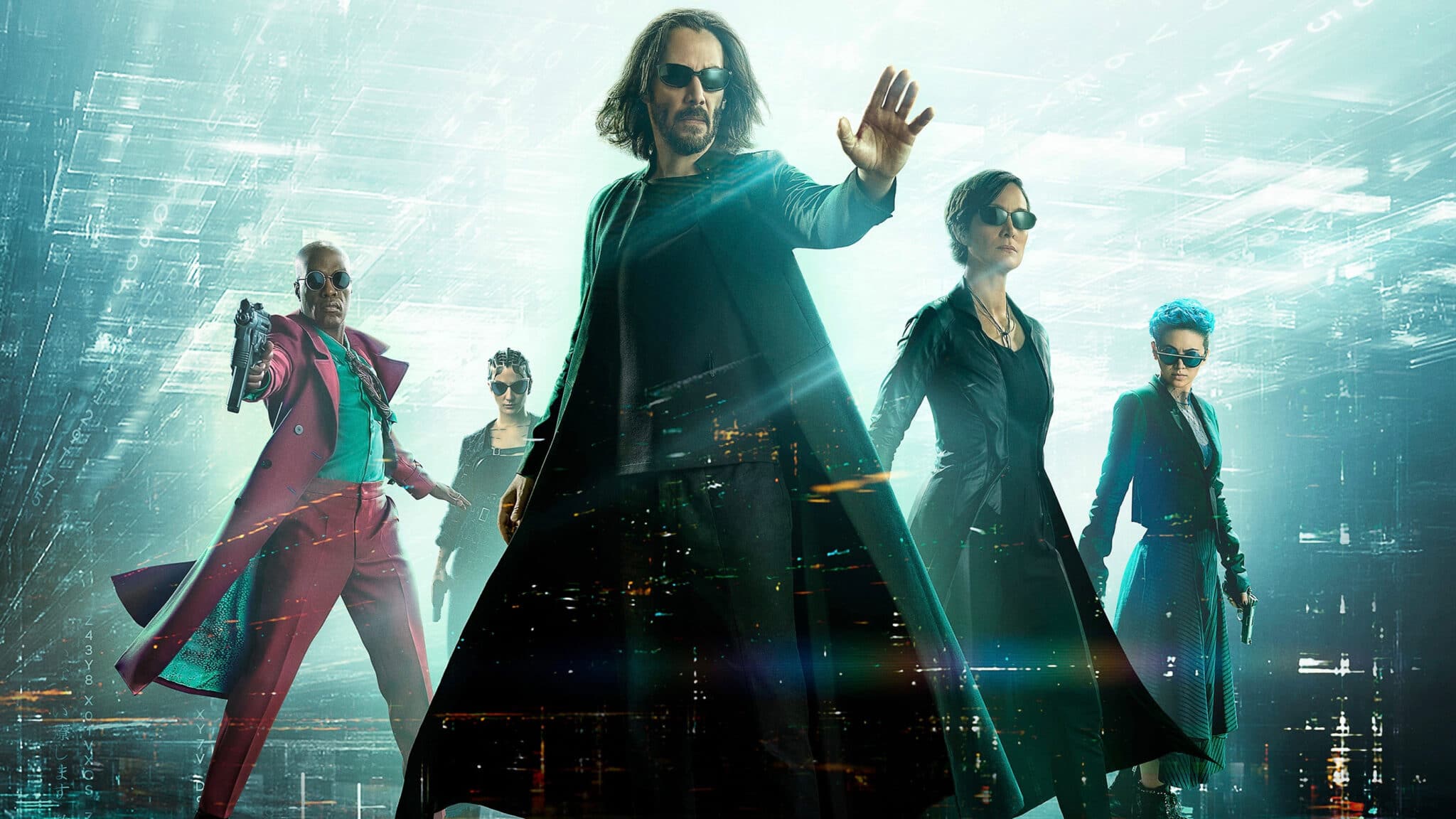 Before going into the details about why I think this movie isn’t good at all, let me paint you a scene. My girlfriend had never seen a single Matrix movie in her life. And when we went to see Spider-Man: No Way Home (2021, my review here), the trailer for The Matrix Resurrections was on before that film. And she said she would love to watch the previous ones, so we could go and watch this one in the cinema together. I thought that was a great idea, as it’s been a good few years ever since I’ve seen the original trilogy, so we’ve binged them all in one day. She was mesmerised by every single one of them. She absolutely adored it, and I got reminded how even the hated sequels still hold up (for me at least). And that got me slightly more excited for this sequel as I wasn’t before. The trailers showed us a few cool looking scenes but, to quote Master Yoda, I had a bad feeling about this. Nevertheless, we went to see it two days after binging the trilogy and we both left cinema… disappointed, to put it mildly.

The Matrix Resurrections to me felt like, and I will use a technical term, so please bear with me, a hot fucking mess. Do you like these sequels that come after almost 20 years and every chance they get, they replay a moment from the original movie? While telling you how everything is so different now and yet, everything feels the same but so far up its meta ass; you can’t enjoy yourself? Yeah, I don’t like those either. And that is (unfortunately) what this film is.

The problem with this film, in my eyes, was the overreliance on the original trilogy while trying to be “meta” about it. It reminded me of the member berries from South Park. Except in this instance, they managed to fuck the meta-ness of Deadpool movies. But they did it wrong. In this movie, they try to mask this meta thing by talking about the Matrix as a videogame, not a movie franchise. But everything else is the same. And that’s not clever. Just because you acknowledge, this sequel needs to happen with or without the original cast members because the Warner Bros. says so, that doesn’t make you or your movie sound clever or meta – it just makes your film tedious.

And that was my main issue with The Matrix Resurrections – it didn’t feel warranted. The story ended in 2003 in The Matrix Revolutions. Whether or not you liked that ending, that’s an entirely different discussion, but it did end. But in this sequel, they are brought back by…, no I won’t spoil this movie, because you need to experience it yourself. Let me just say this – there is a reason in this movie why everything happens. What happened after the end of The Matrix Revolutions. But it felt so forced it didn’t feel like resurrection, more like zombification of Matrix. And I say this as somebody who always liked the original trilogy but was never obsessed with those films. So if they somehow “messed with my childhood goddamit!” I would somewhat understand why I didn’t connect with this film in any way. But they didn’t, because these films were never a huge part of my life – I thought they were cool, sci-fi films and especially The Matrix (1999) revolutionised (at the time) both sci-fi and action genre.

Let’s talk about the cast because I have some thoughts. I like our Lord and Saviour Keanu Reeves (as he’s known on the Internet, I don’t create the rules), but even he seemed to be over this film/franchise. As much as it pains me to say this, he almost seemed like he was forced to make this film, or it felt like he had an obligation to an old friend to make it… Something seemed off. And I don’t think I am alone in this, compare his acting here to any of the John Wick movies, and you will see the difference. I understand that this sequel wasn’t “his” (that’s another “clever” idea I don’t want to spoil), so I guess those were the direction he’s received to be more… subtle, maybe disconnected? In all honesty, whatever he got from Lana Wachowski, that wasn’t it.

Yahya Abdul-Mateen II has done the best he could with what he had but Jesus. He is such a charismatic performer and one of the brightest actors of the last couple of years, and even he couldn’t make this “new” character work well enough. The same can be said about Carrie-Anne Moss – she is literally absent for most of the film (well, she isn’t, but Trinity is, but again, I don’t want to spoil anything), so even what they try to do with Trinity’s character in this film doesn’t pay off, because she is hardly in it!

And I could name a few more actors that either play somebody who didn’t return for one reason or another or portray a new (and mostly wacky) character, but I would only be repeating myself. I don’t think I’ve seen a new movie with such a big budget where all the actors in it were either “not great” or “ok, I guess”. But here’s the thing – I honestly don’t blame any one of them – the script is the problem. Because it’s trying to forge a new way by… reminding us of what happened “the previous time, in a much better movie”. And it’s trying to excuse itself by playing it all meta. And that gets old and tiring really fast.

Even the action sequences (the staple of the original trilogy) were forgettable at best and awful at worst. As once all-powerful Neo, he can’t be bothered anymore, so he’s just blocking. A lot. And also, has the Force from Star Wars now? That puzzled me the most – even some hardcore sequel haters of the original trilogy can admit that those films have great action sequences. But in this one, only a few days after I’ve seen it (in the cinema, not at home!) I can’t remember one scene that’d stand out. Everything we see here was done much better by either the original trilogy or films that copied it trilogy years later. And am I going nuts, or does the CGI in the original movie from 1999 look better than this movie from 2021?

Overall, The Matrix Resurrections is a waste of everybody’s talent. For every decent choice this movie makes, they make ten wrong choices. For every line of dialogue that sounds intriguing, 20 lines sound like they were taken from a poor fan-fiction. When my girlfriend and I have walked out of the cinema, she said she was disappointed and would rate this 0/10 (and she rarely is that harsh), and in her words: “It was shit. My hopes and dream were crushed in the first ten minutes. Can never get back those two hours.” I won’t be as harsh as her. Because there were some scenes I liked, but altogether, this felt like it came too late. If this story truly needed to be told, it should have happened way sooner than almost 20 years after it ended. I am open-minded enough to see whether a re-watch would change my mind, but my girlfriend is refusing to even re-watch it. That’s how much she loved the original trilogy and despised this film.