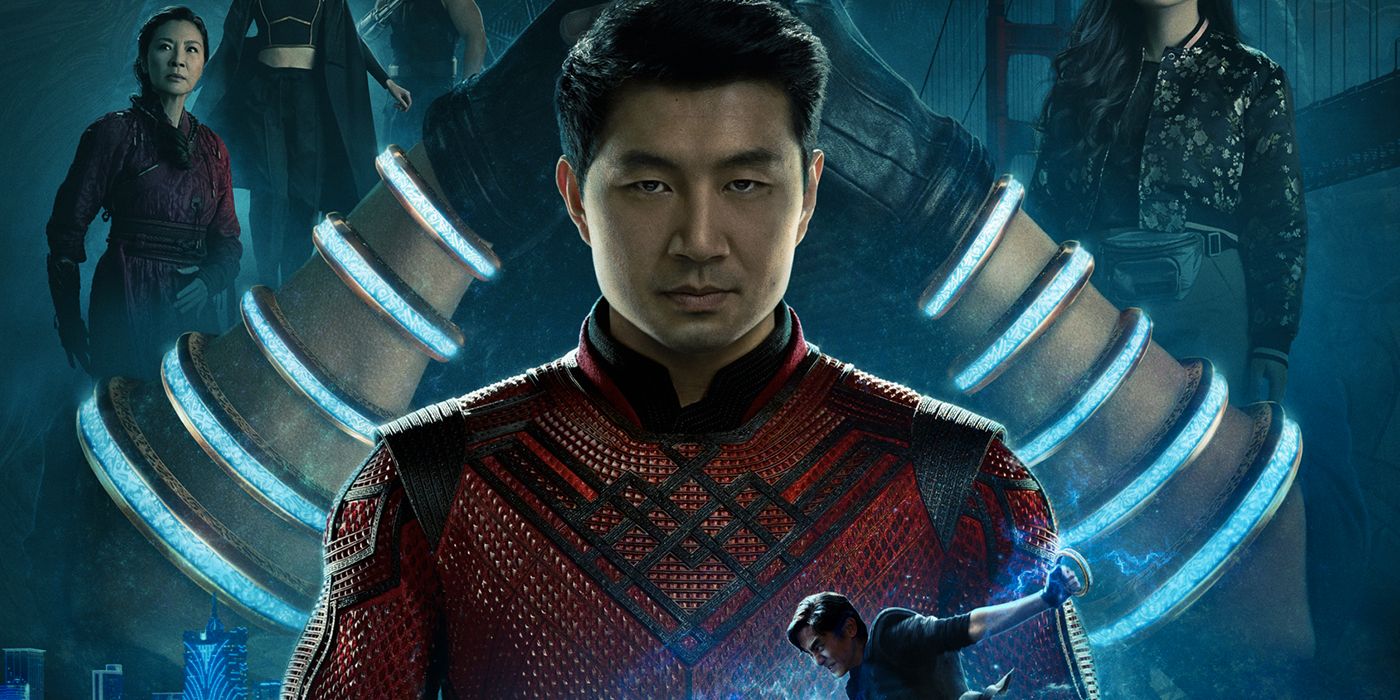 I won’t lie – this was one of the Marvel movies that didn’t speak to me enough to see it in the cinema. Part of it was because of the ongoing pandemic, and the other part… I simply didn’t know enough about this character. And this is where I have learned not to doubt the “Marvel gods” as they have done it again. They took a character I didn’t know and made him so intriguing I can’t wait to see more of him and his world. And most importantly, this film might contain the best fight scenes in a Marvel movie to date.

Shang-Chi and the Legend of the Ten Rings starts as your “stereotypical” wire-fu movie, except much more interesting. The beginning fight sequence, where “the parents” meet, was shot beautifully, and I was fully hooked on the film from that moment. And that feeling stayed with me until the last 20 minutes or so (but more about that later).

I appreciated the shift when comes to… well, everything, to be honest. “Suddenly” we are in San Francisco (not New York or LA), most of the cast is of Asian heritage, and we hear Mandarin a lot in this film. To that, I say bravo, Marvel. It took us a while to finally get a kick-ass superhero of Asian descent, but once we got there, we got there in style, as Shang-Chi is not “just another” MCU film. It’s a film where we get introduced to a different world, culture, protagonists while still having that familiar “Marvel” feeling surrounding this film, for better or worse.

Two aspects made this movie stand out in my eyes – the cast and the action sequences. Let’s start with the action scenes. Ever since the MCU began, one of the biggest complaints the fans had, have been about their action sequences. They were choppy, tough to navigate and were not great, let’s get that straight. And we all know why – because actors are not stunt people, and if they got injured, the production would have to shut down for weeks, possibly months. That is why the studio had to get great stunt teams and then shoot the action around them, so we, the audience, were convinced it’s our favourite superheroes kicking ass, not the stunt people. Well, this movie dared to ask the question: “Yeah, but what if we tried to do the action sequences differently? Like, what if they didn’t suck?” And then the people behind this film went ahead and did it beautifully. Most of the action scenes are coherent; you get a sense of space, where everybody is, and even the cutting is down to a minimum (except the big finale, but we will get there). Just for that alone, this movie deserves all the praise.

But even the best fight scenes can’t compare to the cast of this film. This cast might be the best (non-Avenger) one in the MCU. Because everybody here works together flawlessly. Simu Liu is someone I wasn’t familiar with before, but holy shit, this guy is charismatic and charm personified. He is the perfect protagonist we can all relate to, even if were are not as buffed as he is. He felt like he was born for this role; he played everything from cool to unsure with such ease; I felt safe with him on the screen. I will be honest, I have never understood the hype around Awkwafina until now. True, I have only seen her in a few movies and need to watch more of her, but this movie convinced me. Her character could have easily been the annoying friend whom this movie didn’t need. Easily. But her chemistry with Simu was perfect, and she was actually funny in this film while having a character arc too (albeit at times, it might have seemed too rushed, I thought). Speaking of chemistry – I liked, no loved the fact their chemistry wasn’t romantic but more like brother and sister. We need more “couples” like this one in (not just Marvel) films. Simply because two attractive young people are on the screen together, it doesn’t mean they need to end up together. I honestly hope these two will not “hook up” in future films. And, on top of everything else, Tony Chiu-Wai Leung and Michelle Yeoh were, as always, fantastic. Also, I can’t forget to compliment Meng’er Zhang. Talk about somebody who can kick your ass and look great doing it. Plus, given the ending, I am intrigued by what it’s in “the store” for her character in future films.

So, let’s address my only complaint regarding Shang-Chi. The ending. Without going into heavy spoiler territory, let’s just say there are almost two different endings… storylines…? There is one about our main hero dealing with his family, and then there is the “Marvel” one where we need to have a big spectacle at the end. And instead of those two storylines intertwining with each other, they clash with each other. Particularly the stereotypical “Marvel” ending (fighting a massive, albeit cool CGI monster) could have been dropped without any problems. And it would improve the film. I understand this film is Marvel’s, and they need to “stay on brand”, but this movie would have been that tiny bit better had it stayed grounded just a bit more towards the end. We didn’t need the CGI madness. Dare I say it almost distracted from the story this movie wanted us to follow? Yeah, I dare say that because that’s how it felt. Not everything needs to have a big CGI finale, especially if you have one already brewing and you (the film) were doing fine until then.

But even that is only a tiny complaint, and I can’t stress this enough – I had so much fun with this film. Even though we never actually learned what those ten rings are supposed to be doing. What is their power? We see them used a lot, but the movie treats them as an “anything goes” kind of toy, so it would be good to know their power/limitation. But other than that, this film was a pleasure to watch. Even with the run time of just over two hours, you don’t get bored (until the very end), and the movie is funny when it needs to be. It is also a character-driven action film like no other (possibly ever) we have seen in the MCU.

Overall, Shang-Chi and the Legend of the Ten Rings was a near-perfect Marvel film. I regret not seeing this film at the cinema. But I guarantee you that I will be there for any future movies involving Simu and Awkwafina. I can’t believe I am saying this, but the sequel for this movie can’t come soon enough. Especially with such a vibrant, intriguing and unique world and characters, they have managed to build and establish in this film. I can’t wait to get back. To see what will they do with it, and it’s only my hope that Shang-Chi will be a huge part of the next phase of MCU as he’s got it all, charisma, charm and abs (as every MCU superhero). A really, really close to a perfect score.