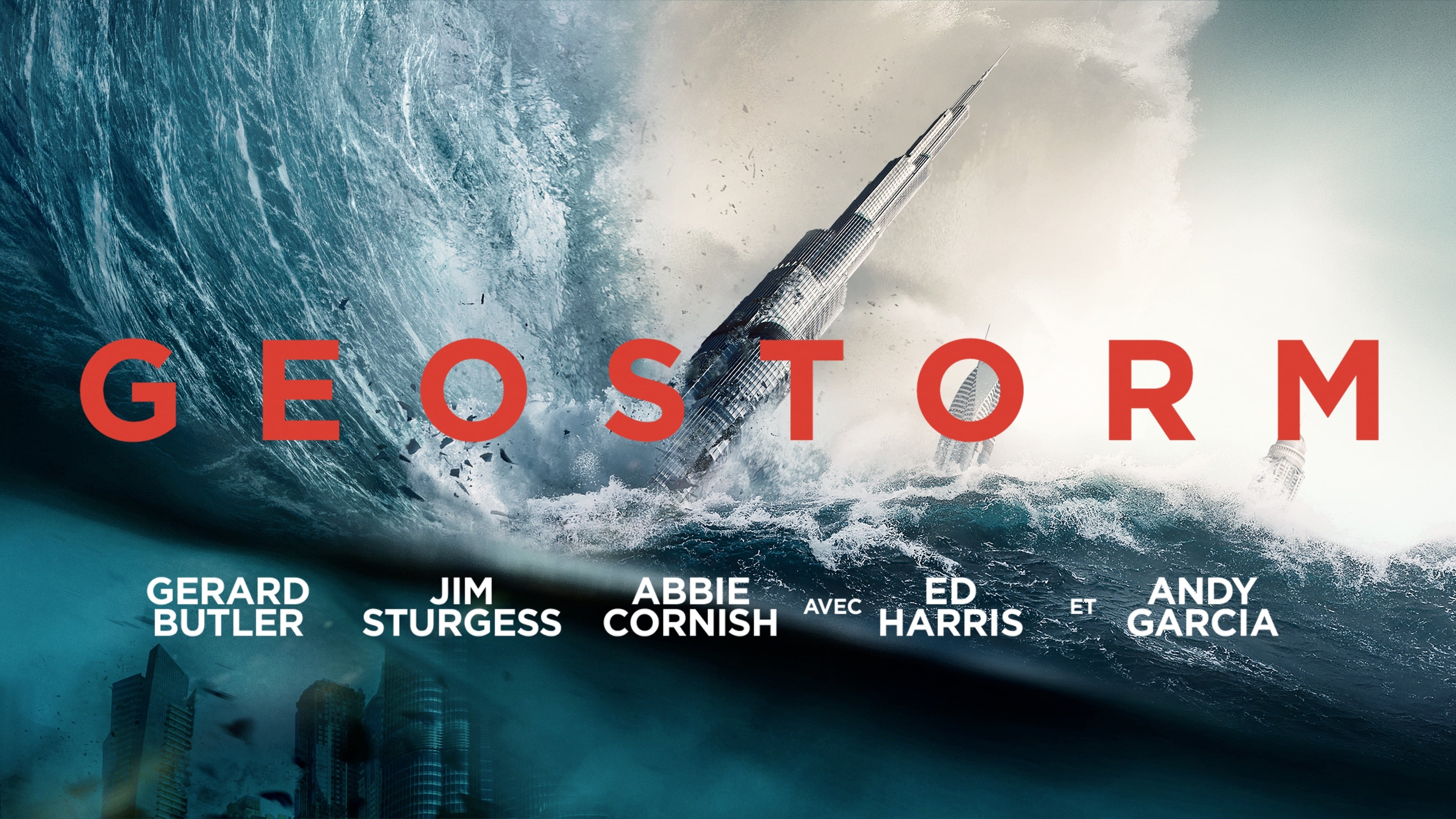 I know what you are thinking. What a clickbaity headline. And honestly, if I hadn’t seen this movie, I would be sceptical myself, because let’s face it – nobody “misses” Roland Emmerich. He exists beyond the boundaries of time and space, and every few years, he emerges with yet another disaster movie to remind us of “people bad”. But Geostorm wishes it was Emmerich so bad. And what’s worse is, he would have made it at least a watchable mess. Without his involvement, this movie is, quite simply, just a mess.

Let’s start from the beginning – the reason I brought up poor Roland into this hot garbage is easy. You could be mistaken that Geostorm was, in fact, made by Roland, as the film contains everything he’s known for and more. An over-the-top idea about how the world can be destroyed, people in power being jerks, and one guy who will hopefully save us all, and that is not a coincidence, as Geostorm was a feature debut for Dean Devlin. Who, you ask? Well, Dean was/is a long time collaborator (with Roland) who has written and produced most of his movies. So it’s even more apparent now why he was tempted to try his hand at directing. Unfortunately, he’s only proven one thing – we should be grateful for having Emmerich in our lives as you can make these disaster movies crazier and joyless…?

The concept (even though that is already from the realm of fantasy rather than sci-fi) was intriguing. The Earth has a “net” that helps it control global warming and mitigate it, sounds fun, and when your premise is “what if that net gets hacked by bad people?” you know you aren’t in for a Nietzschean drama about the meaning of life. You want to see some fun destruction scenes, some relatable characters saying cheesy lines while looking cool. And we have here good people like Gerard Butler, Abbie Cornish, Jim Sturgess or Andy Garcia playing the president. So far, so good, right? Yep. But this is where the fun ends.

It almost felt like Devlin was afraid to step out of the shadow of his… master? Friend? Mentor? Lover? And that’s why he decided to do everything he usually does. But he did it minus the occasional wink or a joke. Ok, I am not saying the movie isn’t trying to be funny; it is. But “trying” is the keyword in that sentence. All the characters are as thin as the paper they were written on. In the case of Butler’s character, I don’t think you could find a paper that thin in the entire world, as he was just a combination of several characters from other films. Let me make myself clear he wasn’t the problem. The material (script) he had at his disposal was. And you could say this to a certain degree for everyone here.

During Geostorm, I’ve invented a new drinking game or put a twist on your old fashioned drinking game if you wish. Before the movie starts, before you even read, what the film is about, write down all the clichés you know on a board or a piece of paper. Take your time and really think about them. And then, crack open your favourite bottle and start the film. And every time you spot one of the clichés in the movie, you take a drink and cross it out. No matter how many clichés you’ve come up with, I would be impressed if the board/the piece of paper didn’t look like a redacted file of an army veteran towards the end. And you might just end up with an alcohol poison. Because holy shit, I don’t think I’ve spotted anything original when the movie starts going, every twist you see coming a mile away. Every turn, you see it turning before the valve is in its place. And again, I wasn’t expecting miracles from a movie called Geostorm, but you can’t even have fun here.

Everything was dumbed down and nonsensical, you are trying hard to grasp for straws, but you are coming up short. For what it’s worth, I thought Abbie Cornish did well enough with the little she had at her disposal. I’ve seen Gerard give a much better performance in pretty much any of the 1.283.498 movies he’s been in since 2008, so I can’t say the same about him. And to be perfectly honest with you, I can’t even remember any great destruction scene from this movie anymore. I will reveal my cards here, I saw this film at the end of November 2021, so it took me a while to write this down, but my memory is pretty great, especially for movies. The fact I can’t remember even one action sequence from an action movie about a hijacked network that’s trying to kill us all says it all.

Overall, Geostorm is one of those films that inadvertently proves how tough it is to make even a mediocre disaster film. And additionally, even if some of his movies are not as great, Roland is the undisputed king of those catastrophic films for a reason. And to be clear, most of his movies aren’t my favourites by any means. But most of them are at least enjoyable enough where you can see what he was trying to do, and more importantly, you can feel he’s almost permitting you to laugh at them. He knows they are not to be taken seriously. Whereas Geostorm at times felt as serious as a heart attack. I would avoid this if I were you.