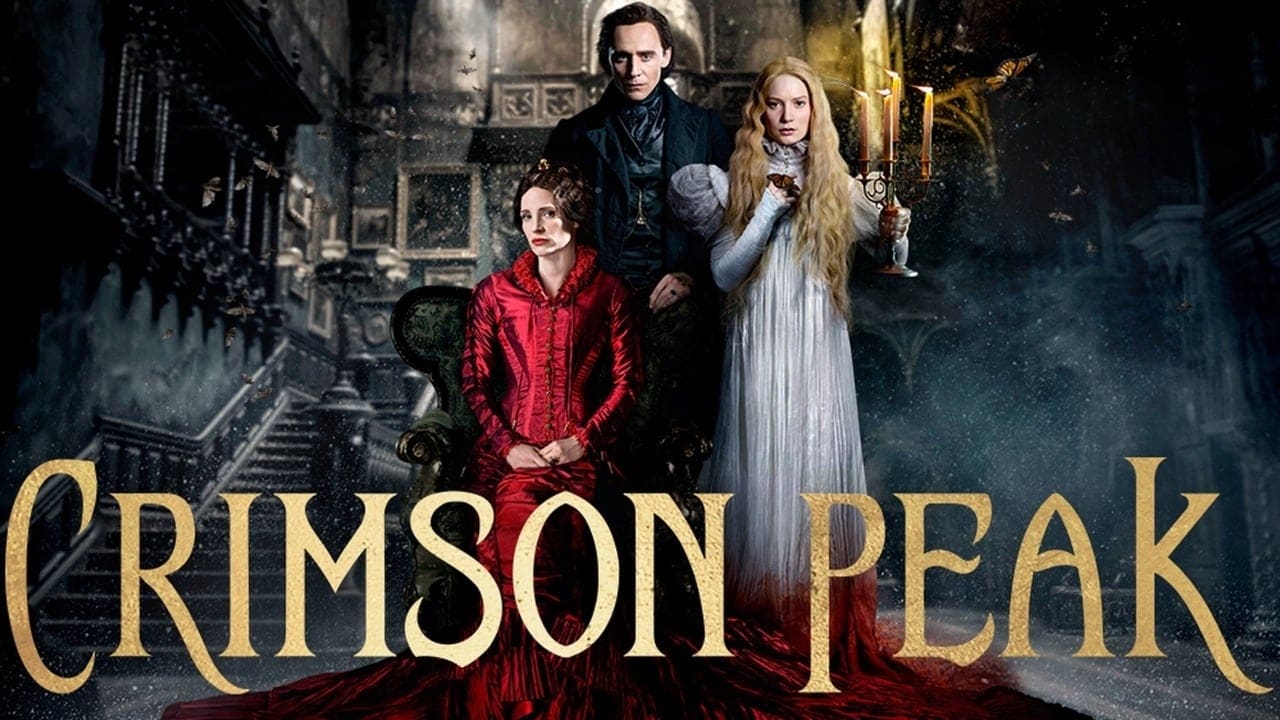 I have nothing but the utmost respect for Guillermo del Toro. If you ever heard him speak about movies, books, art, you know this guy knows his stuff. And Crimson Peak is the proof in the pudding, as they say. Because without him, without his sense of direction and his visuals, you could have the same actors, the same script and make it more boring and bad. At least in its current form, Crimson Peak is a visual feast that is unfortunately on the dull side.

Or maybe, I should phrase myself better. It’s not that Crimson Peak is boring, but the trailers for this film spoiled some of the biggest scares and oversold how scary this film would be. And looking around at different ratings and reviews around the Internet, I might not be the only one saying that.

Crimson Peak is a film where two women rule the screen – Mia Wasikowska and Jessica Chastain. Yes, we also have Tom Hiddleston here in the titular role, but he takes a back seat to these two and frankly, who wouldn’t? And both are great, Mia was believable, and her performance layered. She starts this film as a girl and ends it as a woman. Standing on her own, with the growth in between those two “stages”, was believable, and of course, she’s Mia Wasikowska; she knows a thing or two about this “acting gig”. Jessica Chastain has to breathe in a movie, and I would give her all the awards, just showing my cards on the table. But even I thought that her character could have been shown a tiny bit differently.

I know it was the point of this film for us to know, there is something wrong with her (Jessica’s) character, but I still would prefer it if we didn’t see it from the very first scene she was in. But alas, this is what Crimson Peak was for me in a nutshell. I understood why things happened the way they have, but those decisions mostly didn’t work for me.

What I liked, besides the already mentioned direction and visual flair by Guillermo, was the focus of this film, the main idea. And this is where I might spoil the concept of the film but nothing concrete, so I won’t put the spoiler tag up but proceed at your own risk. I liked how we have ghosts here, but they are not the enemy, the evil force in this film. It’s the people, the living, who you should be terrified of. And this is what I meant by the creative direction by Guillermo. Only he could have a vintage horror film made where you see a few ghosts, but those turn out to be warning our hero rather than trying to kill her.

Unfortunately, even with that idea, the actors, the visuals… it wasn’t enough for me not to get bored at times. I expected a few more scares, to be honest. And even the overall atmosphere of the film wasn’t what I thought I was in for. It’s almost like Guillermo was trying to play it too clever and try to have this Victorian ghost horror story too grounded, to the point you can’t get too scared. And then the “twist” happens that explained a few things, but honestly… was it shocking…? No, as much as it could have been, had Jessica’s character wasn’t telegraphed from the very first scene.

And yet, I need to make this point crystal clear – this movie is still decent. And it’s only like that because of Guillermo. I firmly believe had you removed him from this film and hired somebody else to direct the same actors without his contribution, visual flair, and intelligence, this movie would have become almost a parody of what a Victorian horror should be. So while I might have a few objections to the final film, I still realise this is the best thing we could have gotten.

Overall, Crimson Peak is a perfect way to get someone who usually doesn’t watch horror movies into horror films. I’ve started to watch it by myself, and around 15 minutes in, I got joined by my girlfriend. And since she also loves and admires Jessica Chastain and was intrigued by the visual flair of what she saw, she stayed throughout the entire film and liked it; she wasn’t concerned that it was a horror film. She even said how stunning the movie looked. And I couldn’t agree more. Crimson Peak is a visually stunning piece of Victorian horror that knows what it wants to say. It’s a shame that it couldn’t have held its cards closer to the chest at times, so we are in for a ride with our characters rather than being a few steps ahead of them.