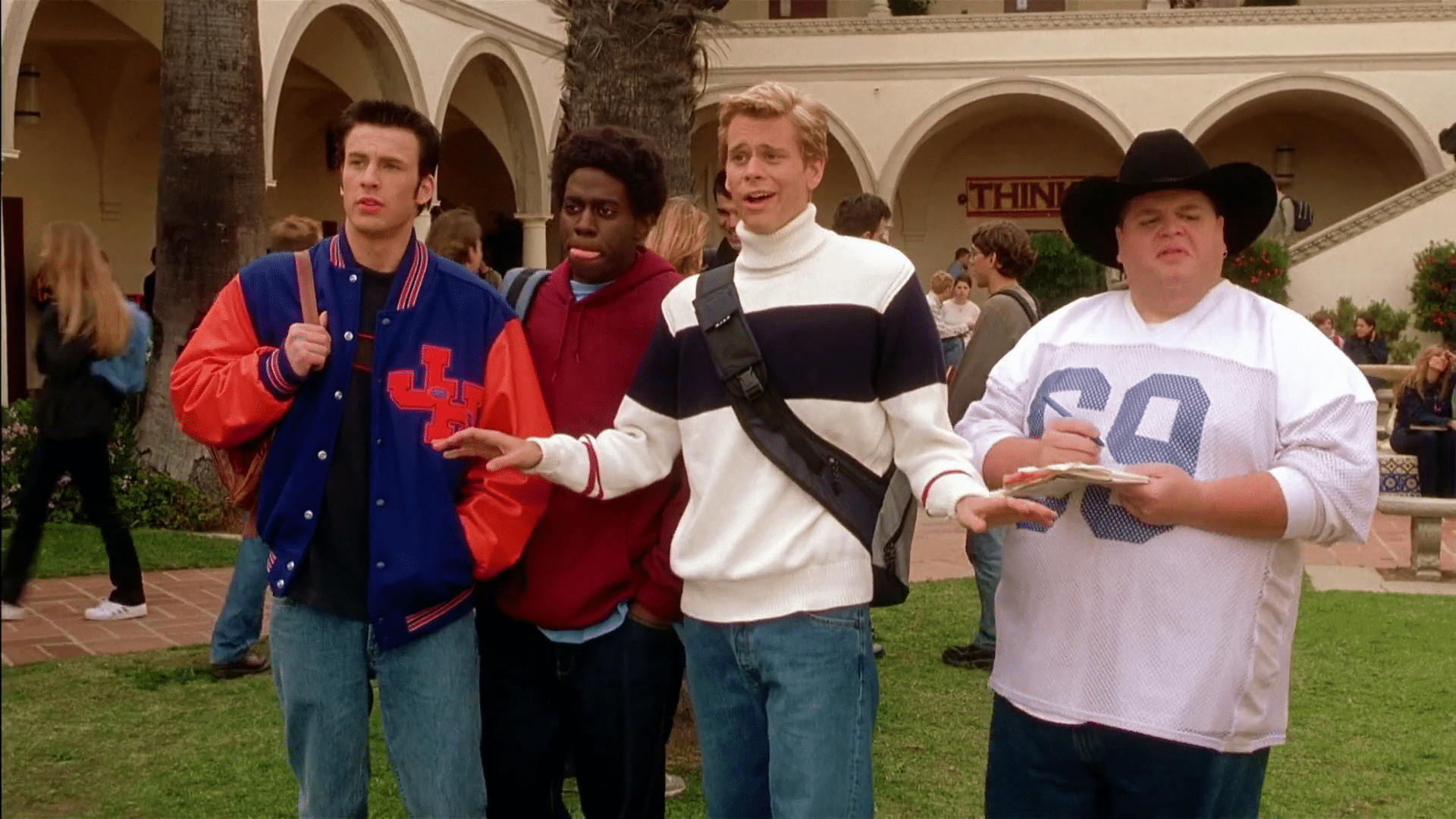 I remember hearing about this movie when I was growing up, but everything I’ve heard about it was terrible. It seemed like nobody liked it, and that feedback discouraged me from wanting to watch it. And it wasn’t until a few years ago, where this film “crept” back into the conversation. But this time, people would say that this was a misunderstood gem that got wrongly paired with all these dumb teenage comedies from the late 90s/early 2000s. One evening I discovered Not Another Teen Movie on one of my streaming services, so I have decided to pull the trigger and see it for myself. To see once and for all what this is all about. And let me tell you, I was shocked by how much fun I had alongside my girlfriend, who at first didn’t want to watch it but ended up watching the entire film with me. And not only that, she laughed throughout it, at some points harder than me.

Not Another Teen Movie honestly reminded me of one of my favourite movies of all time, Airplane! (1980, my review here). And before I go any further, let me clarify something before I lose any shred of credibility I might have had at some point. It’s not on the same “playing field” as Airplane!, as that is clearly the superior film. But the reason it reminded me so much of that film is simple – this might be the last parody film that plays it straight. Almost every single parody film we’ve gotten starting mid-90s and (unfortunately) continuing with the “infamous duo” Aaron Seltzer and Jason Friedberg, and their filmography was, to put it mildly, fucking horrible. And that was my main worry coming into this film that it will be full of awkward jokes, mostly naked/semi-naked people “because funny” and they would just take scenes from famous movies, and overact in them. Because that is what parodies have been known for and “evolved” into, unfortunately.

But not this film. There is a story that quite simply takes advantage of all the teenage films we’ve known from mainly the 1980s and pokes fun at them. But, and this is important – it never seemed to be mean spirited. You can feel the love; coming from the people behind this movie while they acknowledge that films they grew up on might have been a bit silly at times. And (this is where the Airplane! comparison comes in) they rarely wink at you. Everybody here plays it straight. And maybe that is why people didn’t respond to it as well, thinking this film takes itself too seriously?

It’s insane to think (knowing what we know now and how big he’s gotten) that this was Chris Evans‘ first role. Because he is one of the biggest reasons, this movie works as well as it does. His character dances on this fine line between dumb and charismatic while playing everything straight but not “Shakespeare” straight. As mentioned prior, it is not just him, but pretty much everybody involved. They all understand what they are doing here. It felt like the director told them not to be afraid to have fun with it but don’t have too much fun; otherwise, it wouldn’t have worked.

I can’t lie to you, I have laughed a lot, so I guess you could say this movie has worked for me. Whether it was the making fun of horniness of teenagers by having Cerina Vincent be naked for the entirety of this film (and her name being Areola) or the jab about having the one token black guy, who is only there to say things like “Damn!”, “Shit!” and “That is whack.” as said by him in the film. And here’s the thing about that – we laugh because we know it’s funny, but at the same time, he does more than that in this film. He isn’t just the stereotype, even though that’s his primary purpose here, to display it.

Overall, Not Another Teen Movie is funnier than I expected. And dare I say even more clever? Yes, I do dare to say that. Because this film has moments, it could have easily fallen into the same traps as the “parodies” of the late 2000s and went overboard with everything. But this film never does that. Every time it gets a bit crazy, the film always tries to balance it out with “a story”, even though it’s your typical teenage film story. I would say give this film a chance if you’ve never seen it and if you have and it’s been a while, I would suggest a re-watch. You might be surprised how much you will laugh, as long as you know teenage comedies, mainly from the 1980s.