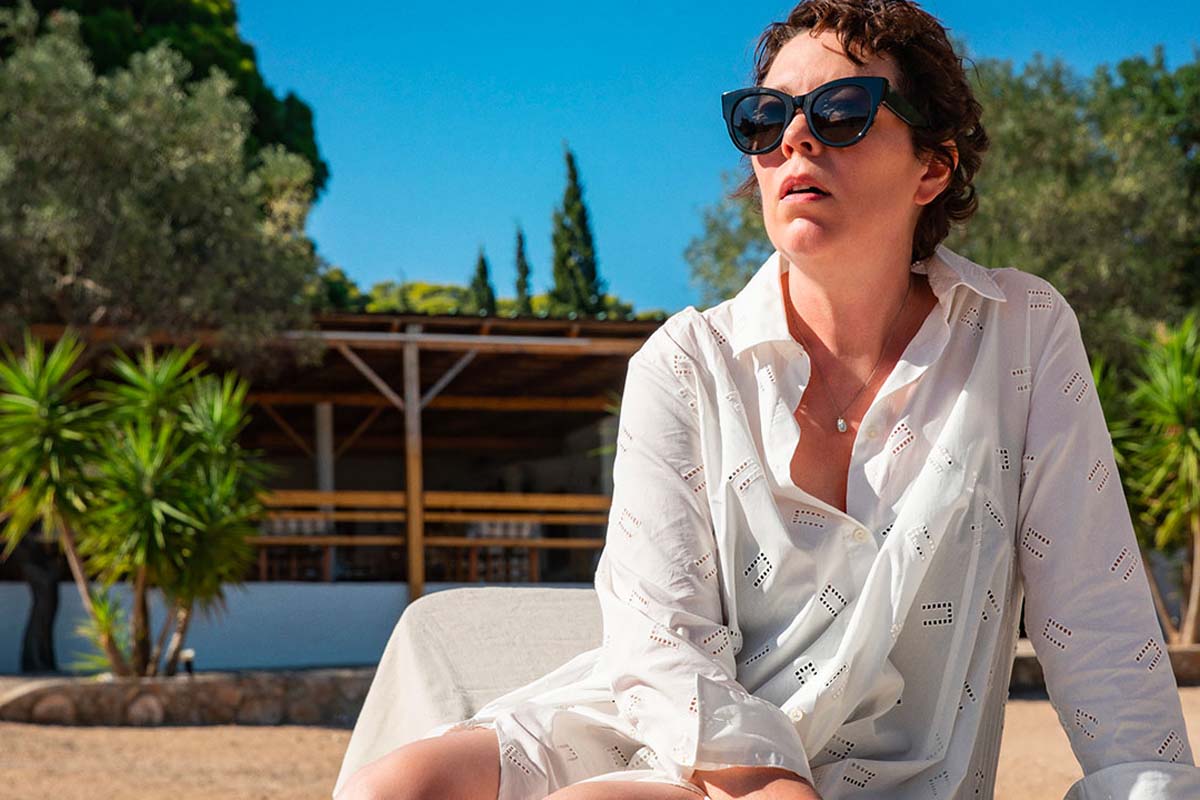 Movies like The Lost Daughter are the reason I love films. It might sound weird, especially when I am not fully “in love” with this film, but let me explain. The Lost Daughter is a challenging movie to sit through. There are literally no “good” characters/people. Everyone is flawed, and what’s more interesting than that, they all are aware of it. And I think that is why I have already seen people having issues with this film because there is nobody to root for. But is that truly the point of art? Do we honestly need a clearly defined hero and villain? Because I thought the best art should challenge your views, should make you a tiny bit uncomfortable at times. And this film does it by showing us a bunch of people who were clearly, never cut out to be parents. Yet, they became them, and now they are trying to cope with it. And yes, it’s uncomfortable to watch at times, seeing some characters’ darker moments. But I think it’s a much-needed mirror for some.

Before diving into the movie, I need to take a moment to praise, stan, worship… call it whatever you prefer, Maggie Gyllenhaal. I’ve always said she was and still is a criminally underrated actress. But now, she not only writes (Oscar-nominated screenwriter Maggie Gyllenhaal has a ring to it, doesn’t it?) but also directs. The Lost Daughter is her feature debut as both writer and director, and goddamn it, she didn’t make her life easy with adapting that specific book/story. As I mentioned above, this film is so complex, and everything needs to fall in place for the film to work because you have nobody to root for. It’s really easy to lose your way and make your movie bleaker than it needs to be. But Maggie has done it excellently. Every decision, every scene, every character felt believable, raw, vulnerable and yet nobody would blame you if you ended up despising them. I’d imagine when Maggie decided to put on her screenwriting and directing hat, she might have had other, “easier” choices. After all, her name means something in Hollywood (at least that is what I think, but I might be totally wrong here), so I’d think this film wasn’t her only choice. But she decided to start with such a challenging task it could’ve easily failed. But it didn’t. Well done. For a feature debut, what a success. And I can’t wait what else will Maggie bring us.

The Lost Daughter perfectly balances several things at once – having no “good” characters, having flashbacks for us to understand why characters are acting in the way they are, and never going overboard concerning the darkness of it all. And all those elements have to work with each other otherwise the movie falls apart. And we’ve seen it before. How often you’ve watched a film, where every time they’d flashback, it would disturb the flow of the story even though those flashbacks would be crucial for the movie? And in this film, it never felt like the movie was being disrupted. I think it’s the story structure, where we see everything from Olivia Colman‘s point of view; it felt natural when we’ve suddenly “went back in time”.

That’s another thing why this film worked for me – the cast. Olivia practically never leaves the screen, so she has to carry this film on her shoulders, and she delivers. Olivia’s career over the past 7/8 years is truly enviable. From getting recognition to being in popular TV shows and movies… bravo. Jessie Buckley has done a spectacular job as Olivia’s younger version. She doesn’t get as much screen time, so I’d argue she had a tougher job to really establish her character because it wasn’t just about her. If we didn’t buy Jessie’s character/role, we wouldn’t have bought Olivia’s too. And she too delivered. Last but definitely not least, we have Dakota Johnson here. She had the least screen time, as her character served as almost a mirror into the past and possibly an alternative timeline. Where it was through her character, Olivia’s character was going through everything again, and that makes her wonder about the choices she’s made. I am glad Dakota has shaken the Fifty Shades franchise off of her because I genuinely believe she will become one of the best actresses of this generation. She’s got the charisma, talent, acting chops, and she is stunning. She delivered in the little time she had here, and it was with her character you made the realisation that there are no “good” people in this film.

Ok, since I’ve mentioned this several times, let’s talk about it. There are no good characters in this film. That might sound harsh, but ultimately, that is what The Lost Daughter is about. It’s a film about living life filled with regrets, knowing very well why you have those regrets. And suddenly, you realize what you have done in the past affects you, in some situations, more than you understood. Even though every character in this film tried at various points to make amends or to change, for one reason or another, they didn’t succeed. Or with Dakota’s character, the moment she “becomes” a bad person, you don’t like her because of what she’s done, but there is a part of you that understands it. I won’t go into spoilers, so I apologize for being a little cryptic here. I thought it would be rewarding for you to go on this journey, not knowing too much. And the same can be said about every single person in this film. Even though you can’t root for them, there is a part of you that somehow understands their motives.

Here’s the thing about this movie. It’s clever enough to realise that just because you might understand (if you can see past some preconceived judgements, mainly about parenthood/parents) why our protagonist has done what she’s done, it never asks you to like her. There isn’t a moment where you could say the movie is trying to justify what she did because that would be a challenge. So instead, the film showcases her life and not just “the bad and the ugly” but also the good. And it leaves it up to you whether you want to judge Olivia’s character or whether you want to think about everything she’s been through. The Lost Daughter definitely isn’t your “feel good, switch your brain off” film. You have to be in a specific mood/headspace to watch it.

The only negative I had against this film was the length. Even though the film is intricate, I don’t think it’s complex enough to support its runtime of slightly over two hours. It definitely could be paced a bit better, and that could have made it more palatable for many viewers. Because it seems I am in the minority who praises this film (on IMDb, it’s sitting on 6.7/10, Letterboxd has it 3.5/5) as highly.

Overall, The Lost Daughter is a challenging movie to watch. It touches on a subject most people wish to avoid discussing at all costs (parenting, the “cost” of being a parent), and it presents you with mostly flawed (but one could also say “human”) characters who are hard to root for. And this is where your participation is needed. You either go along with this film and become a spectator, or this film will turn you off by the lack of “good” characters, and you will walk out not liking it at all. I couldn’t blame you, to be honest, because this film is not for everyone. It’s a hard movie to watch, that’s for sure. But I think it rewards you with superb performances by our main trio and the ending might give you hope that not everything is as bad as it seems.