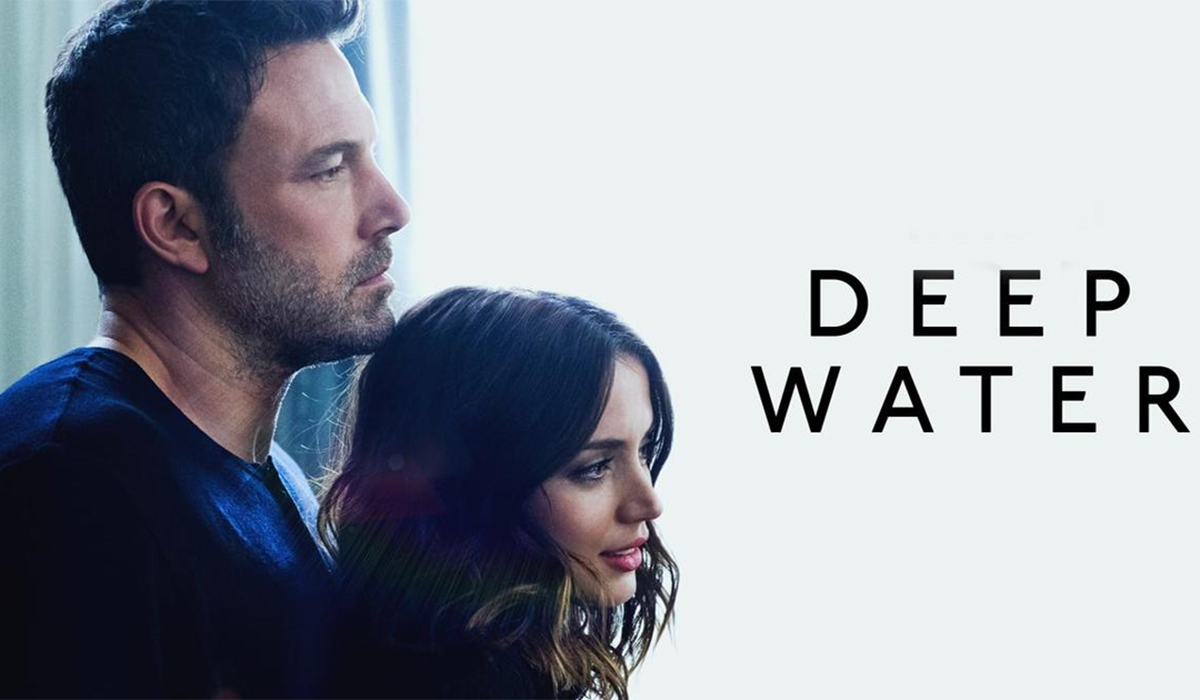 There are two types of movies. Mystery movies and “mystery” movies. The first type is your mystery murder stuff, ghost mysteries; you get the drill. The second type is “how did they manage to take something decent and totally fuck it up” mysteries. Take, oh, I don’t know… Deep Water, for example. Adrian Lyne was once considered one of the best directors for “sexy thriller films” came out of his… I guess retirement? Semi-retirement? Anyway, he hadn’t done a film since Unfaithful (2002). So Lyne came back to direct a movie for the first in 20 years, having one of the sex symbols of today in front of the camera (Ana de Armas) while having her partner at the time, Ben Affleck, there, too. And yet… Despite everything being there in theory, the reality of the situation is that this movie is terrible.

Deep Water has been out only briefly, yet it almost is a cliché to write “it’s neither sexy nor thrilling enough”. Unfortunately, every cliché is a cliché for a reason, and there is no better way to describe this film. You can tell the bones, the structure is there, as the film was based on a book from 1957 with the same name. I can’t comment on the book’s quality as I’ve not read it, but even from the film, you can tell something was there in the original story. But I can’t help to think this was misdirected to hell. Maybe there was some studio interference, and who knows, possibly a year from now, we will get the LyneCut (should we start #ReleaseTheLyneCut?) that will absolve Lyne from any blame. Until then, I could only comment on what I saw; and that something was… boring.

The main issue Deep Water had was the lack of ambience or an atmosphere, call it whatever you want. I believe that is one of those things that made other films by Lyne back in the ’90s so famous. They weren’t “high” cinema, but there is a reason people liked those films as there was some electricity between the leads (usually), and all those films had this atmosphere that (for the most part) works even today. Sure, it might come off as cheesy at times, and not everything will age well, but still, there was something about those films you could feel. And there is nothing like that in Deep Water. Excuse me, but how do you make a movie with Ana de Armas, and it doesn’t feel sexy; that’s an achievement within itself, but not the good kind.

I can’t even blame the leads, as I think they were doing precisely; what they were (probably) asked to do. Ana de Armas is perfect in this role, exuding the sexiness and confidence needed for this role because Ana knows she is sexy. Even when the movie wasn’t firing on all cylinders, she was superb by simply her being and carrying herself in an unbelievably sensual way. I know “sexiness” can have many definitions by many people, but for me, there is nothing sexier than seeing a woman carry herself as Ana de Armas does in this film. She isn’t shouting from the rooftops about how hot she is or bragging about it; it’s all in those eyes. The eyes; that tell you and everyone: “Look, I know how sexy I am; I own a mirror.”

Ben Affleck might be a bit broody and “meh” in this film, but I could imagine these were his directions. He’s supposed to be this “dark, mysterious, broody millionaire”. Speaking of that, is there any other kind? Because if you are only “dark, mysterious and broody” without the millionaire part, that’s a pretty boring movie, isn’t it? Anyway, I thought he was fine in this film. Not great by any means, as Ana “stole” whatever was worth stealing from this film for herself.

The reason I believe Deep Water is a misdirected film is simple. All parts to making a good, if not a great film, are present here. But this film feels “old”. It felt like Lyne directed this movie to see whether he still has it after 20 years of not directing anything. I would say, maybe try a different genre? For a thriller, this film’s mystery is pretty see-through where you are thinking to yourself: “No, that can’t be it. There will be a twist at the end.” So you spend the entire movie trying to come up with a twist, only to discover that… no, that is really it. That’s the story. And for “sexy thriller”, it’s nowhere near sexy enough. The fact we get to see Ana naked a couple of times is appreciated, but that doesn’t make this film sexy. And the sex scenes between her and Ben’s character… Jesus Christ on a pogo stick, don’t get me started on those. One of those was edited to fuck that you don’t know whether they are fucking or fighting and others (like maybe two?) aren’t worth mentioning. Deep Water looks new and has “new and modern” actors, but it feels old. The times have moved on; the audience nowadays has seen so much they will see through you in the first five minutes. And if you don’t evolve with the audience, then… you might end up directing Deep Water.

Overall, Deep Water is a film I went into expecting nothing, and that’s pretty much what I got. Affleck gives an ok performance, Ana de Armas shines just being herself (read: wins by default), and the story is intriguing because you expect more. You, the audience, effectively make it more intriguing by thinking about what else will happen because surely, that can’t be it, can it? Yes, yes it can. If you are a hardcore Affleck or de Armas fan, I would imagine you could give this a shot…? Otherwise, I can’t imagine most people having a good time with this film.