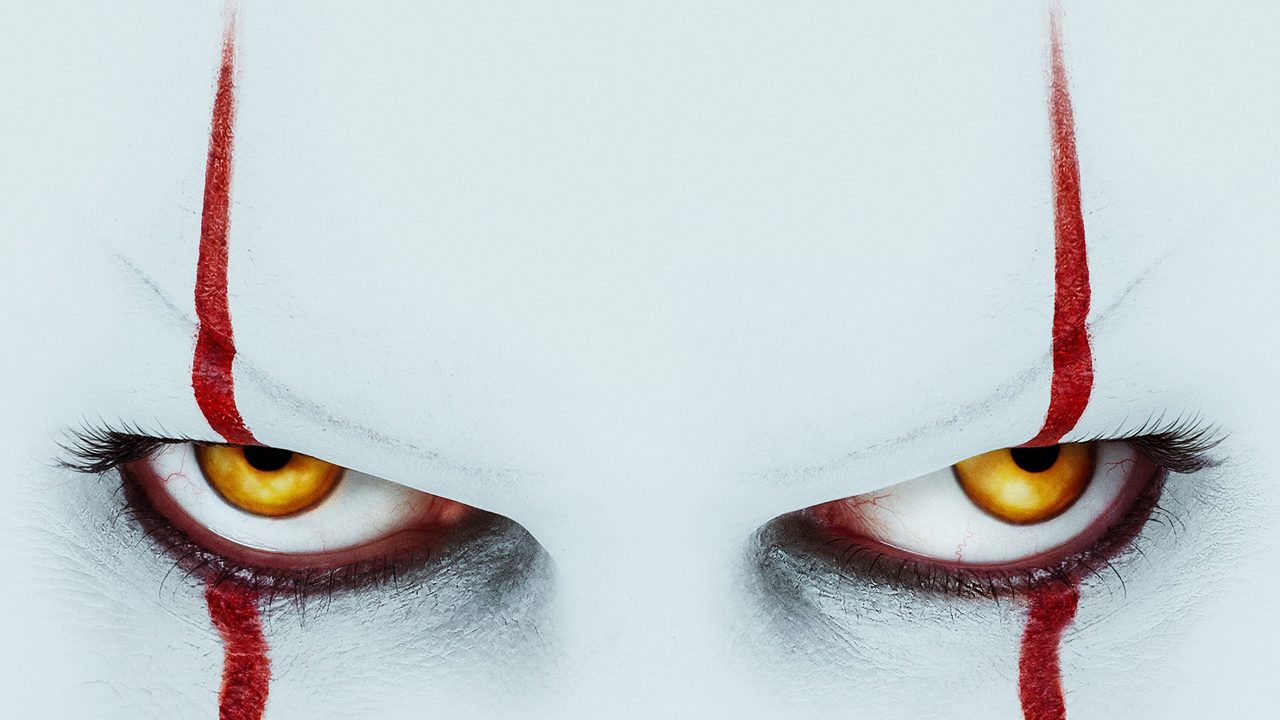 As I’ve mentioned in my review for It (2017, my review here), I had little to no knowledge of this story. I have yet to read the book, have not watched the mini-series from 1990, but even I knew that the story was split into two eras. And given the first It movie was such a success, both critically and money-wise (or Pennywise…? Ok, I will see myself out now), as it made just over $700 million on a budget of “just” $35 million, we knew there would be a second one. And with it, the much-needed re-casting as the group of kids we followed in the first movie are grown up now. And this was one of many issues I had with It: Chapter Two and why it ultimately didn’t work for me.

Let’s start with some positives; Bill Skarsgård still does a solid job as Pennywise. Sure, nothing can truly re-capture the first time you have seen him as the killer clown, so the novelty factor has gone a bit, but he still found new ways to have some fun with this character. Jessica Chastain was the perfect casting choice as not only she does look like the adult version of Sophia Lillis she had the most captivating story out of all our main protagonists. And I honestly wished we would have spent more time with her character to give her a chance to flash it out more. Everybody else was good enough, but here’s where the first issue comes in – they are fine, not outstanding. Even Jessica doesn’t do anything spectacular here. But it’s not the actors’ fault as they had to cram so much into the beginning for us to catch up; I am convinced that this property ultimately needs to be re-done one more time, and I even have some ideas as to what I would have done, or to be more precise, how. But more about that later on.

The biggest issue for me was the length. This film is almost three hours long. As I always say, I don’t mind longer films, as long as they can justify the movie’s duration. This one felt like it could be the case, but ultimately, it wasn’t. As we try to get caught up on everybody, we get a scene where everybody finally meets up after 27 years, and it’s only then we can go to the ‘A’ plot. And that ‘A’ plot is no longer as scary given Pennywise is fighting adults. That’s something I still wasn’t clear on; I thought his entire schtick was about only kids being able to see him…? So do they see him because they’ve encountered him as kids and survived? I will be honest, the movie might have mentioned it, but I don’t remember because there is so much information thrown your way in the first half of this film it can get overwhelming at times.

What was also disappointing were the scares. It seemed, for some reason, the filmmaker(s) behind this took the wrong lesson as to why the first film worked so well and decided to go the more traditional horror route. And unfortunately, by traditional, I mean cheap jump scares (those that the first It managed to avoid for most of its length) we all love are back. Wait, did I say love? I meant hate. I don’t know about you, but I always view these jump scares as the cheapest way of getting a reaction. The best horror films (in my humble opinion) build on a creepy atmosphere and choose where (or if) they insert a jump scare. See The Haunting (1963) as the perfect example of this. Please note that I am talking about the original film from 1963, not the remake with the same name from 1999. It: Chapter Two mostly felt like they decided to go with the safe horror route. That’s not to say there aren’t some great scenes (like the mirror maze), but for almost a three-hour horror movie, you would expect to be tense for most of it. And I was mostly bored.

I have read some opinions about why the second part of It never works, and most people (including myself) agree that it’s simply not as scary with adults being the main protagonists as it was with kids. But I would also argue that this franchise shouldn’t be split into two movies. Maybe not even three films. My idea was we could get a brilliant It mini-series. What’s that, you say? We already tried that in 1990, and that also didn’t work? That’s true, but without even watching that, I guarantee you many things have changed since then, especially TV shows and how they are crafted nowadays. The more I think about it, the more I think we need maybe an eight to ten-episode mini-series, where you could have the first three to four episodes with the kids and the rest with adults. Why? Because that I believe would sort out many issues.

Think about it – the first It film worked because those kids had a connection; they had a group/bond. And for most of the sequel, all our characters are split apart, and we haven’t seen them for 27 years. That is why you need to give a bit more time for the adult characters, to make us care about where they are now. What they’ve been up to for those 27 years. Remember what I wrote in the beginning? Even though this film has some amazing actors, nobody truly stands out because we only get to see so much for this movie to happen, for their characters make sense within the context of this film. I would love to get to know those adults better, how exactly the Pennywise encounter affected them, affected their life, growing up… Some things are hinted at here, but nothing in any deep/meaningful way because they don’t have time to do that. The movie is already too long. The more I think about it, the more I believe It would make one hell of a limited TV show, one season, ten episodes max, get it a decent-sized budget, don’t be afraid to deviate from the book a bit (maybe add more depth to those adult characters) and I would watch it instantly.

Also, did we really need that secondary villain? Did we honestly need that storyline about that bully from high school coming back as a secondary villain? Maybe he has more impact in the books, but here, he’s so forgettable and pointless to this entire story I genuinely have forgotten he’s there for the most part. Even now, I still can’t recall his name. But guess what, I can imagine (in my fantasy show) that we would follow his character and journey through his years in the mental institute. If you only flesh him out and give him something to do, he might have a reason to be there, but in this film, that’s a storyline we could have easily cut from the film, and we would not lose anything.

It: Chapter Two still manages to have some decent scares; I thought the story (despite my issues above) was alright and easy enough to follow (once you get over the first half of exposition). But I can’t help myself every time I try to remember what happened in the film; I have to try hard to remember the ending. Whereas I still remember most of the first It movie. I think that speaks for itself.

Overall, It: Chapter Two had a difficult task ahead. But everything seemed to be working in its favour the cast was full of amazing actors, Bill came back as Pennywise, and even the same director (Andy Muschietti) who did the first film came back. And the final result isn’t bad per se; it’s just a few things gone wrong where I don’t think we confidently could place the blame on any one person. I honestly think this (two films) wasn’t the correct medium for It as it is ultimately one story that should feel joined and connected. Unfortunately, it didn’t. The scares became less original and more expected, and the extraordinary cast did all they could with the time they had to establish what their characters went through over the past 27 years. I’ve mentioned in my It review that I wouldn’t mind rewatching that. I think I will have to be in a very forgiving mood to rewatch It: Chapter Two.