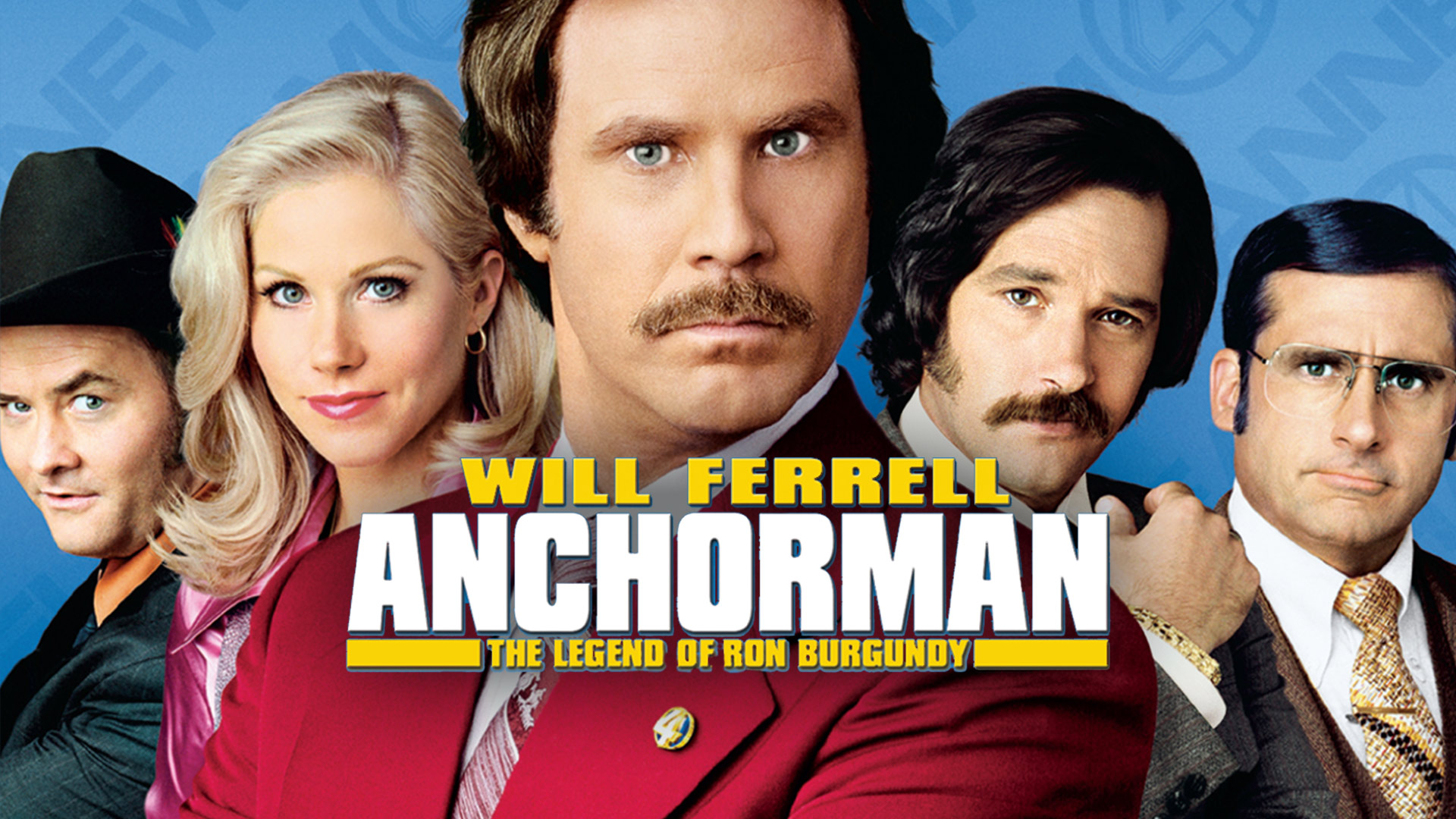 Anchorman: The Legend of Ron Burgundy is one of those movies, that just grows on you, or better said, it did on me. I still remember my very first time watching this film, I wasn’t ready for the amount of craziness, that’s in strange, chaotic comedy. I am not saying I didn’t like it at the time, but this movie became one of those everybody around me loved, and I just liked. I’ve recently re-watched it, just to see how this film plays out now and I am definitely more on board with this entire craziness. Almost to the point of loving it, or at least very, very close.

One thing I have totally forgotten, it’s how many people are in this movie. Obviously, you don’t forget the “main players”, but I was pleasantly surprised to see the likes of Kathryn Hahn, Seth Rogen, Danny Trejo or Jack Black in mostly tiny roles, most of them could be classified as “glorified cameos”. And yet, they all have a scene or two, where they manage to squeeze a joke (more often not just one).

The main thing about this film and why I might have been so surprised the first time watching it, is how it takes itself seriously in its abstract humour. How they have taken the Airplane! (1980, my review here) approach, and just went nuts, but they took the craziness even further. The prime example of what I am talking about, is the now infamous “battle of the reporters” scene. Specifically, how Brick (brilliantly played by Steve Carell, just before he became THE Steve Carell we all know and love) suddenly, in the middle of this chaotic fight (he starts with a hand grenade, because of course he does) has a trident and kills one of the reporters with it. Later on, they allude to that fact, acknowledge it happened and Ron (aka Will Ferrell himself, who was born to play this role) just says in this really calm, matter of fact manner: “Brick, I’ve been meaning to talk to you about that. You should find yourself a safehouse or a relative close by. Lay low for a while, because you’re probably wanted for murder.” But then, this gets forgotten about and the movie goes on, like nothing happened. And that’s the kind of madness I enjoy or had to “mature” in some way to appreciate.

What I think is not talked about enough regarding this film, is how “woke” the film is, before being woke was popular. They not only displayed various forms of prejudices and sexist behaviour towards women at work, from the obvious ones, to the “tiny ones” (calling woman “honey”, “sweetie”, telling her to calm down, etc.), but they also address them and what’s more, the movie gives Christina Applegate the chance to prove herself. The best part is, her character isn’t tricking anybody, she isn’t scheming, she doesn’t have to sacrifice her integrity to succeed or anything like that, she’s just really good at what she does and when she finally gets that one chance to prove it, she nails where she can’t be ignored anymore, no matter how “old fashioned” the station’s management is.

I have really enjoyed re-visiting this film, but I still can’t give it the highest marks just yet. For me, the reason is simple – the movie slows down massively towards the end. I understand it’d be near impossible to have a comedy movie, that doesn’t have some slow spots, but the last 20 minutes or so, I thought the movie took the foot from the gas maybe just a little bit too much. Don’t get me wrong, it’s still one of the best (maybe even the best) comedies of the 2000s, as plenty of different quotes worked their way into our vocabulary, there are quite a few memes from this film too (which believe it or not, is also how to measure film’s/TV’s success nowadays) and most importantly of all, it’s funny. They really struck gold with this casting, nobody feels out of place, they all work together perfectly and you just sit down, relax and go along for the ride.

Overall, Anchorman: The Legend of Ron Burgundy is a really great, fun movie, that will make you laugh, you will fall in love with basically everyone in this cast (as it’s impossible not to) and I think if you haven’t seen it (either ever, or in a long time), give it a watch. It definitely holds up. I am planning to re-visit the Anchorman 2: The Legend Continues (2013) at some point too, as I have watched it just once too and remember not hating it as much as everybody and then catching good chunk of the film on TV a few years ago, and laughing way more than expected. That will be a good one to re-watch, as I know most people were really disappointed by it. But you won’t be disappointed by the original, I almost guarantee it.