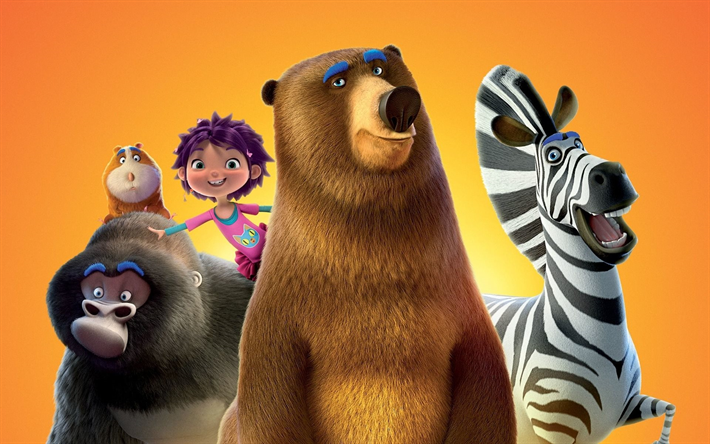 The very first I’ve heard about this movie was on SinCast (my review for this great podcast can be found here) where they had the co-director and author of the graphic novel this movie is based on, Scott Christian Sava as a guest in 2017 (for anybody interested, the episode number is 130). Scott really painted a picture of a strange, strange production hell this movie was stuck in and ever since then, I’d occasionally think about it and wonder how is he getting on and whether we would ever see this movie.

So you can imagine my excitement when I’ve heard the first time, that it will be available on Netflix, and right after that, Scott even came back for another SinCast episode to discuss yet another part of what it took for this to happen (the episode number is 239) so I knew I just had to see this. After everything this movie has been through, I wanted to like it so bad, and I was worried, what if it isn’t any good? I went to this with some worries, as Scott came across like a such genuinely nice guy, that I was almost worried about not liking this movie as much.

Luckily, I can say I did enjoy this movie. Animal Crackers has a really interesting premise, that is utilised perfectly and feels fresh. My main thing with animated movies (and Pixar aside, as they “play” in a league of their own, for the most part) is most of the new ones feel a bit stale, and this movie didn’t. I am not saying something groundbreaking is happening in this movie, not really, but I am saying that the main idea is utilised very well and it works.

The voice cast is simply brilliant. From Danny DeVito, Sir Ian McKellen to Raven-Symoné, Patrick Warburton and Gilbert Gottfried (whose character Zucchini stole the movie for me, not only because of his voice, but also how he always refuses to acknowledge his boss isn’t his henchmen) they all put in a brilliant and fun performance and you’ll have a blast listening to them.

I do need to admit, this movie isn’t perfect, as the beginning feels a bit over the place, which even the director admits. But Animal Crackers is one of those movies, where longer you watch them, the better they get. Once they fully embrace the circus, the transforming into animals, that’s where the fun starts and that’s where the movie catches your attention. But for me there was something else, that truly persuaded me into liking this as much as I have. The family angle.

I feel like any other “studio” movie, would’ve lost its way in all those circus shenanigans, where the moment you are supposed to feel something, you don’t and the movie doesn’t work. What I truly appreciated in this movie, there was no “cheap” moment of tension, where the family would break apart (the movie has a scene where I thought that moment was coming, just to pull the rug from underneath me) and then reconcile 5 minutes later, nothing like that. The story, and the conflict, felt like a natural and logical progression.

I also liked the fact both parents are sensible people. What I mean by that – plenty of movies (and not just the animated ones) have this “template” of family, where one parent is the smart/responsible one, and the other is the “simpleton” with a heart of gold. Usually the mom is the smart one, the dad is the goofy one. I never once felt like this movie tried to do that, as both parents have the child-like side to them, where you are convinced that is why they work together so well. And the relationship with their little daughter was also portrayed in such a loving, caring way, you could tell this it was written by a dad, who wanted his child to have something nice.

Is Animal Crackers worth seeing? I would say so. Does it have flaws, mainly the beginning that drags a bit too long and feels a bit over the place? Absolutely. But will you care, at the very end? Not really, at least I didn’t, as the movie managed to convince me to just sit down, and enjoy this (literal) circus. And that’s coming from me, who’s never been keen on circus and I have visited some during my childhood years.