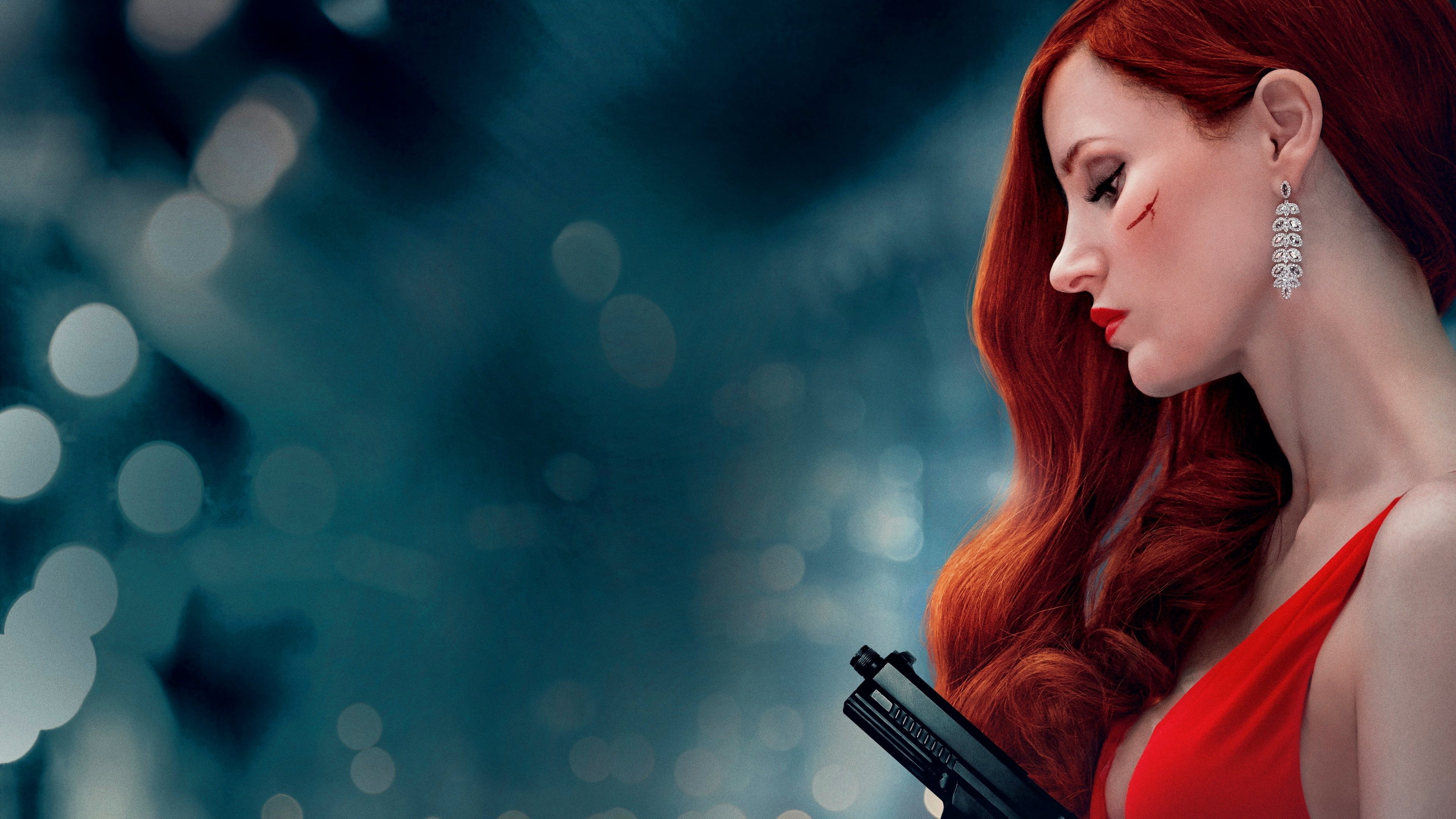 Let’s be blunt about this – Ava is your typical, (below) the average action movie, that’s trying so hard to ride on coattails of (mainly) John Wick‘s franchise. Except they have spent much less time and energy on any kind of world building (you know, the thing that made John Wick franchise as successful as it is) and that leaves us, the viewers with… this boring action (?) movie, with surprisingly great cast.

And that is the main advantage of this movie and realistically, the only reason I might even consider recommending this film to anybody, as the main cast is great. Colin Farrell is always a welcomed addition, even though in here, he doesn’t really have much to do, same for Geena Davis, who I like, but in this movie, she’s also acting on “auto-pilot”. John Malkovich‘s character does have more scenes, so he’s actually turning in pretty decent performance, and he’s a great mentor to Ava. This is where I need to stop and acknowledge the main character, star, and by far the best thing this movie has got going for it – Jessica Chastain. Do I have a weakness for her? Sure, but let’s not talk about that right now. As she’s the only reason (for me) to watch this movie. Don’t get me wrong, Jessica and the other great actors I’ve just named all had much better performances in much better movies throughout their respective careers, so it’s not like you’d have to watch Ava to see something spectacular from either of those actors, but mainly John and Jessica make this movie somehow watchable.

The main issue with this film is the script – we literally have seen everything in this movie not only done before, but done much better. It’s almost like somebody pitched this movie along these lines: “What if John Wick was a woman and the movie wouldn’t be as great? Everybody sold? Perfect, let me get Netflix on the phone”. Then, on basis of that pitch, they somehow got pretty great cast, and because they’d spent most of their money on those actors, didn’t have that much money left to spend, everything else was done as frugally as possible and voila, Ava was born!

What frustrates me the most is this movie could have been done differently, if only it didn’t feel the need to follow exactly the same storyline as literally every single movie in this genre for the past almost 10 years now. Only while watching this film, I had a realisation that in these movies (assassins, who are basically invincible ghosts, living double life, much smarter than your average Joe, or in this case, Jane) we have been getting only one type of story – this super duper assassin getting betrayed by their own agency/government/organisation and they have to fight the people they know to survive, go against the system that raised/train them. And with most of the other movies, they tend to be enjoyable enough, that I had not only never noticed, but was never bothered by that! But with Ava, I was bored halfway through the movie, so I started to think, why? I love this genre, I love Jessica and she’s great in this, why am I so bored? And then the realisation hit me harder than puberty hit my face some time ago – because I have seen this before, way often than I care to admit.

That could have been (alongside the casting) the saving grace Ava needed – if we did not follow in the footsteps of other movies so closely, if the filmmakers showed us more interaction (maybe even some training from the past?) between John and Jessica, this could have been much better. I can imagine it right now, half the movie would have been about how Jessica ended up with John’s character, how he trained her to be the great assassin she is now, the other half might have been about her getting ready for some important job, to show us how smart she is, what planning goes into what she does…? To me, that sounds much more interesting, we could have focused on those two characters mainly and the movie might have been at least been a bit different. I am not saying this would make Ava better by any means, but at least it would stand out.

Overall, if you are fan of Jessica Chastain (and if you are not, what is wrong with you, you monster!?! :-D) and you have watched everything else she is in, you might, just might, give Ava a shot, just to complete her filmography. Don’t expect too much though, as without that great cast, this movie would have barely been worth the piece of SD card it was filmed on.