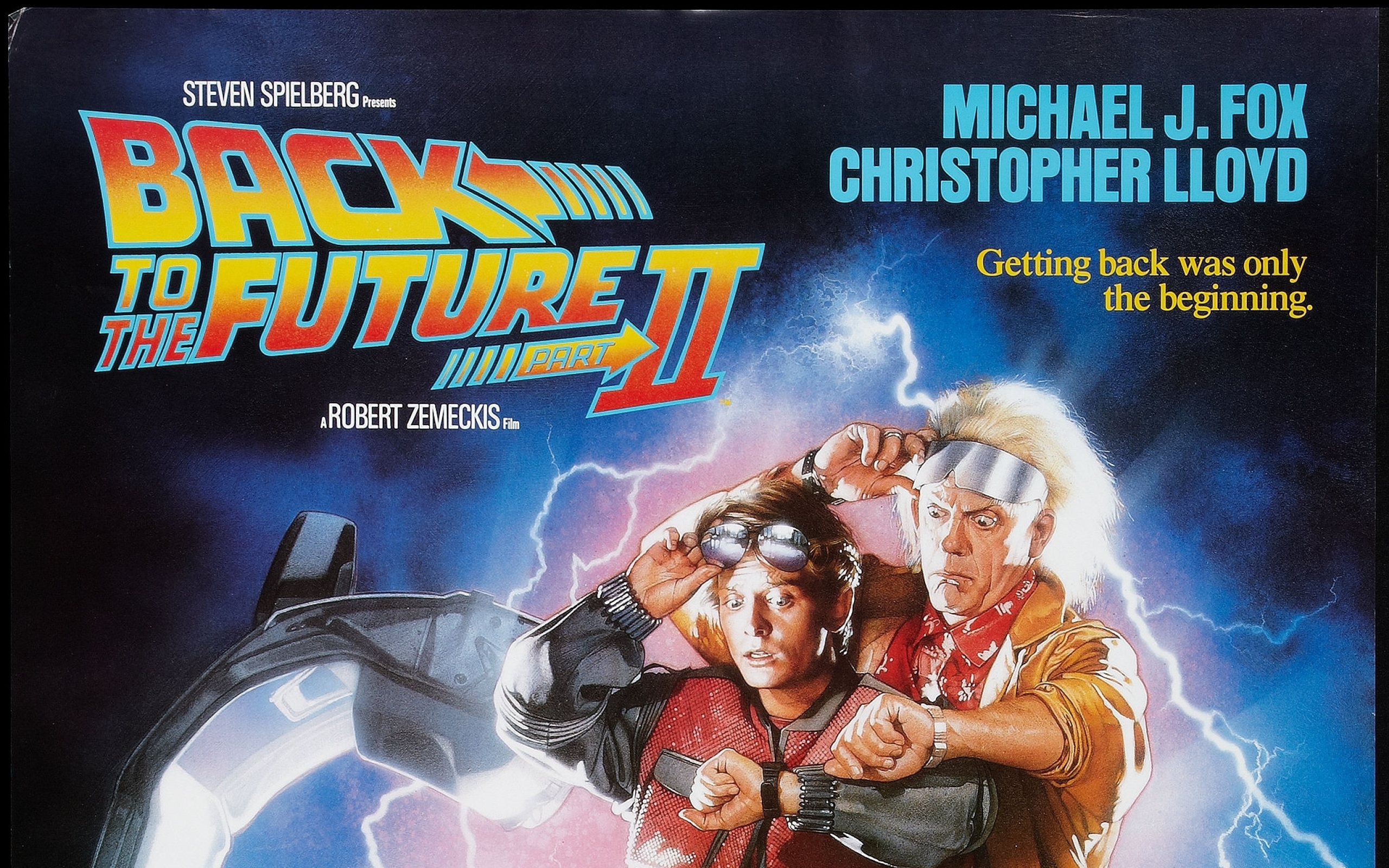 During my latest re-watch, something finally clicked with me and this trilogy – each film has its own thing. Back to the Future (1985, my review here) is the one that (unsurprisingly) sets everything in motion but also has (except the very end) self-contained story. Back to the Future Part II as we know, was filmed alongside Back to the Future Part III and therefore there are plenty of things that are setup in this movie, but truly pay off in the third one. But also there is another thing that strikes you, when you watch the Part II again – it really jumps from one place to another.

I don’t think it makes it confusing, but out of all three movies, this one feels more like a bridge between two movies with mostly singular stories, because this story takes you to plenty of places… in time, to be precise. Which can be great, especially now, where we live past the year 2015 to see how many things the people behind this trilogy got right and how many they got wrong. But since this movie is the bridge between two movies, it “suffers” from being almost “too full of information”, if that makes sense…?

Let me try to make it clear – I admire the level of planning and details they put into making these movies, especially shooting Part II & III back to back, that allowed them to play around with a variety of stuff, which is great. But they have fallen into a trap of making this movie to heavily reliant not only to Part III but also on the previous movie, since it’s literally picking up right from where we left off. That is what makes this movie the “least” favourite of main, but don’t get me wrong, it’s still up there, quality wise. It’s just you can’t really watch it on its own, the same way you could watch plenty of great “second movies” on their own – Terminator 2: Judgment Day (1991), Aliens (1986), Star Wars: Episode V – The Empire Strikes Back (1980, my review here) and more, these are all great second movies in their franchise, that you could watch on their own, more or less. Don’t get me wrong, you’d be better off watching their first movies prior, sure. But you wouldn’t be totally lost if you skipped them either, as all of these work on their own. And I think Back to the Future Part II doesn’t as much, compared to them.

That’s not to say it doesn’t work at all – it’s got plenty of good things, especially the jokes/predictions about what the year 2015 will be like (how fixated we will be on nostalgia, video chatting, plenty of sequels etc.) and the story makes sense, even though it can feel like it’s jumping from one time period to another one rather quickly. Another thing I liked, is the fact Biff in this movie is based on Donald Trump (no fake news, read it for yourself here) and given everything all of us have been through with him from the campaign starting 2015 to the end of his presidency in the early 2021, we can judge for ourselves how accurate (or not) his portrayal was.

As mentioned in my review for the first Back to the Future movie, I can’t rank any of these any lower than the full rating, as it’s hard for me to judge them on their own. I just love this trilogy with everything, warts and all. Realistically, this would “only” be 4* for me, but that’s still really, really high, because this movie is great and everything mostly holds up (where are the goddamn hoverboards!?) Personally, this is just not my favourite out of this bunch. But more on that on Friday 😉