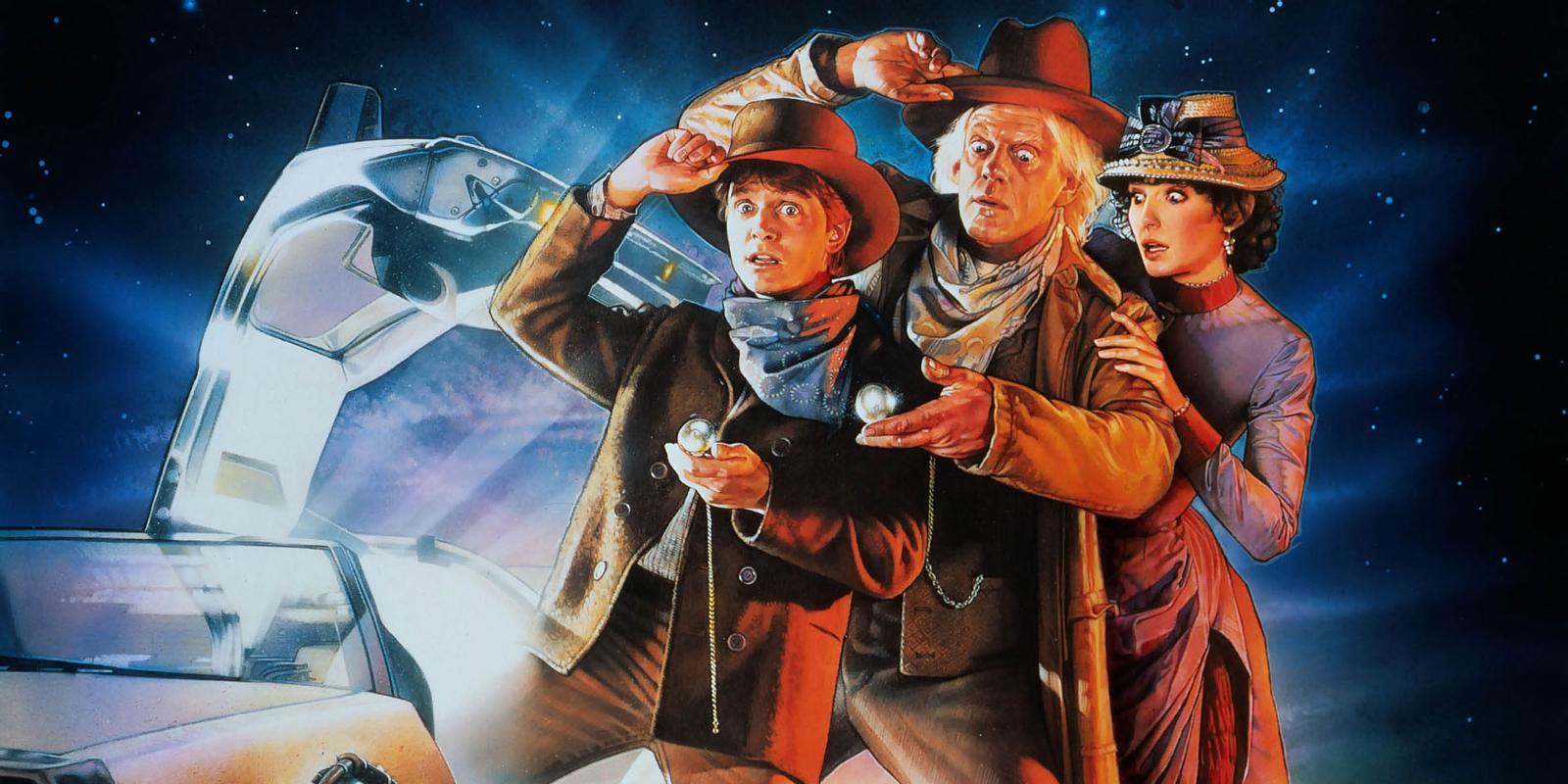 If you actually read my reviews for the previous Back to the Future movies (if not, what are you doing here? And of course, I will provide you with the links, here’s the review for the first one and here’s the review for the second one), it should not surprise you that this is my favourite one out of the entire trilogy. I know, yet again, I am going against most of the fans, that consider this to be “an alright” movie at best, for whatever reason. But I honestly think this movie doesn’t deserve to be as overlooked as it is.

First of all, the story is pretty singular one, except for the first 10 minutes and the last 10 minutes, we are in one place, one time period, that just happens to be the Wild West. I think this is where the biggest issue for, especially the younger generation lies, – for some reason, westerns are not as beloved as they used to be. And plenty of people don’t necessarily hate westerns, but it’s not their favourite genre, to put it mildly. So that is one pretty big thing going up against this movie from the very start. Then we have the fact that the pacing of this movie is slower, because again, it’s more singular story, we don’t jump from one time period to the next one, therefore the movie takes its time, but it never bores you. Or at least, it never bored me.

Ever since the first time I have seen this trilogy, there was something about this film, the Part III that spoke to me the most. And even though I like westerns, I wouldn’t say it’s my favourite genre, not by far. I think I have always liked it because it finishes this huge story and I think it does it well. Marty learns his lesson and avoids (hopefully) his bad future we saw in the Part II, Doc falls in love with Mary Steenburgen who is so perfect for him. I really like when the writers understand their characters so well, they know Doc wouldn’t have fallen in love with just anybody, so Clara Clayton is smart, kind and lovely person, who completes Doc’s character beautifully. And the movie’s actual ending is just ambiguous enough that you could possibly see a potential sequel, but also it ties everything together. Maybe that is another part of the reason why I always admired this film. Even now, I am scrambling my brain for these big trilogies/franchises and they either end completely (book is shut, nothing else is there to be written) or there is a hint of another story, sequel, that mostly never happens. There might be another film, but at this moment, only Back to the Future Part III manages to make it almost 50/50, but in satisfying way, where you don’t feel cheated at the end of the movie.

Who I think works exceptionally well in this film is Thomas F. Wilson, aka “Mad Dog” Tannen, Biff’s ancestor. In this movie, he’s got so many funny moments like:

Marty: “I’m not really feeling up to this today, so I’m gonna have to forfeit.“

Gang member: “Um… it means that you win without a fight.“

Mad Dog: “Without shooting? He can’t do tha…” turns back to Marty “Hey, you can’t do that!“

And this is just one of many of lines he’s got in this movie, where more often than not, he’s really funny, but at the same time, given the time period and the lawlessness of the Wild West, you understand he’s actually dangerous. Let’s face it, in the previous movies, the worst that could happen to Marty is Biff beats him up, but that’s about it. In this one, he’s no bully, but a gang leader, who killed “12 men, not including Indians or Chinamen.” based on another quote about him from the film. That makes him slightly more dangerous, at least in my eyes.

Overall, even though I have rated every movie in this trilogy the same way, there are tiny differences for me. I can’t say one is much worse than the other ones, because I do honestly love this trilogy and without one, the others would work. But I can easily pick my favourite one. And for the reasons mentioned above, Back to the Future Part III is my favourite movie of this great trilogy. It has got a contained, singular story with beginning, middle and end, that’s great on its own, but on top of that, ties the previous movies together in satisfying way and leaves a tiny chance for a sequel, that I am 99.9% certain, will never happen, but it does it so well, it doesn’t take anything away from the actual ending of this movie and trilogy. I honestly think people underestimate how much this movie nails everything (its own story, the overall ending to this trilogy) and I hope in the future, the movie gets the appreciation it deserves.