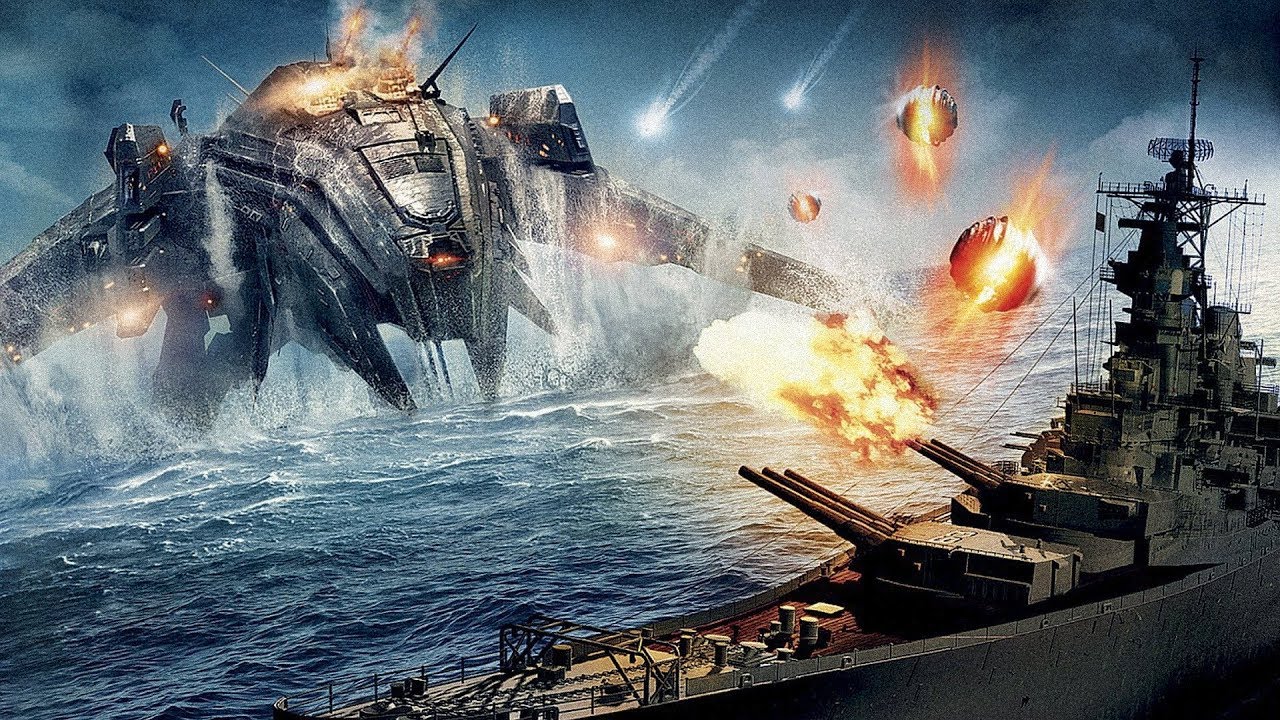 Let me be clear, did I have massive expectations that this movie, based on a board game, will actually be great? No. Did I expect to be this average? Also no. And that is the main issue with Battleship. This could have been a dumb, fun movie. Instead, it’s a long movie, that is just plain dumb, with no fun.

I think the main thing (I really don’t want to say problem) here is Peter Berg – he’s a great action director. Some of those sequences actually still looked pretty great (the very first time we see the alien ships, and when they jump over their ship was quite neat) but I don’t think he’s a great “actors director”. Let me explain – you have a few decent people here, like Taylor Kitsch who I would argue is not a dramatic, soon to be Oscar winner by any means. But I do believe he’s capable of much more (if I remember correctly, he was one of the brighter points of the poor second season of True Detective) and it’s no secret, that 2012 wasn’t his year. Nevertheless, I still think he’s better than some people give him credit for. Then you have Liam Neeson a really seasoned actor, who has done a lot of great things, but in this film, he seams not fully there, overacting. And then you have Ri-Ri (you might know her as Rihanna, but I call her Ri-Ri because that’s how I roll) who was totally wasted in this movie. Not even talking about any acting, because she’s literally had no space to have any character, she was always kind of in the background, with most of her dialogues comprising of “Yes, sir”… why even hire her for that role? Such a waste.

The other thing about Battleship, it is way too long and it overstays its welcome. If you were to develop your characters better, than you could justify going over 2 hours (this movie is 2 hours 11 minutes) but this film is not really interested in doing that and instead, indulges itself in plenty of unnecessary scenes. I swear I have seen certain scenes that I had no idea why were they necessary to film, let alone put them in the finished film. This whole movie could have been at least 20 minutes shorter, and honestly, it could have been a fun, slightly dumb B movie we could all enjoy. Because occasionally, you do need to switch off, just relax, watching ships go boom. But this film takes itself way too seriously, so I was not sure what to think about it.

Which is a shame, as I love cheesy, dumb, B movies (after all I grew up on action movies from 80’s/90’s) where you shouldn’t take the movie seriously and let’s face it, what would be the better candidate for that, than a movie based on Battleship board game, where you could literally come up with 50 different stories…? As long as you give us some boats (pardon, ships!) destroying each other, you are golden. But this movie doesn’t feel fun. It just feels like a mix of action, with plenty of “meh” in between. Which is a shame, as with solid cast, pretty solid action scenes and Ri-Ri on top of that all, this should have been my guilty pleasure. Instead, I would feel guilty recommending this film to somebody with a good conscience.

Overall, you can definitely do worse than watching Battleship, that’s for sure. And I do still believe that on technical level, it’s pretty good movie. Too bad the story and characters have had a minimum work put into them. It’s also a shame somebody didn’t suggest to Peter Berg editing this film, before releasing it, as that would’ve sorted some issues. I will still continue playing Battleship, as it’s a game a do enjoy. But I don’t think I will be in a hurry to re-visit this Battleship.