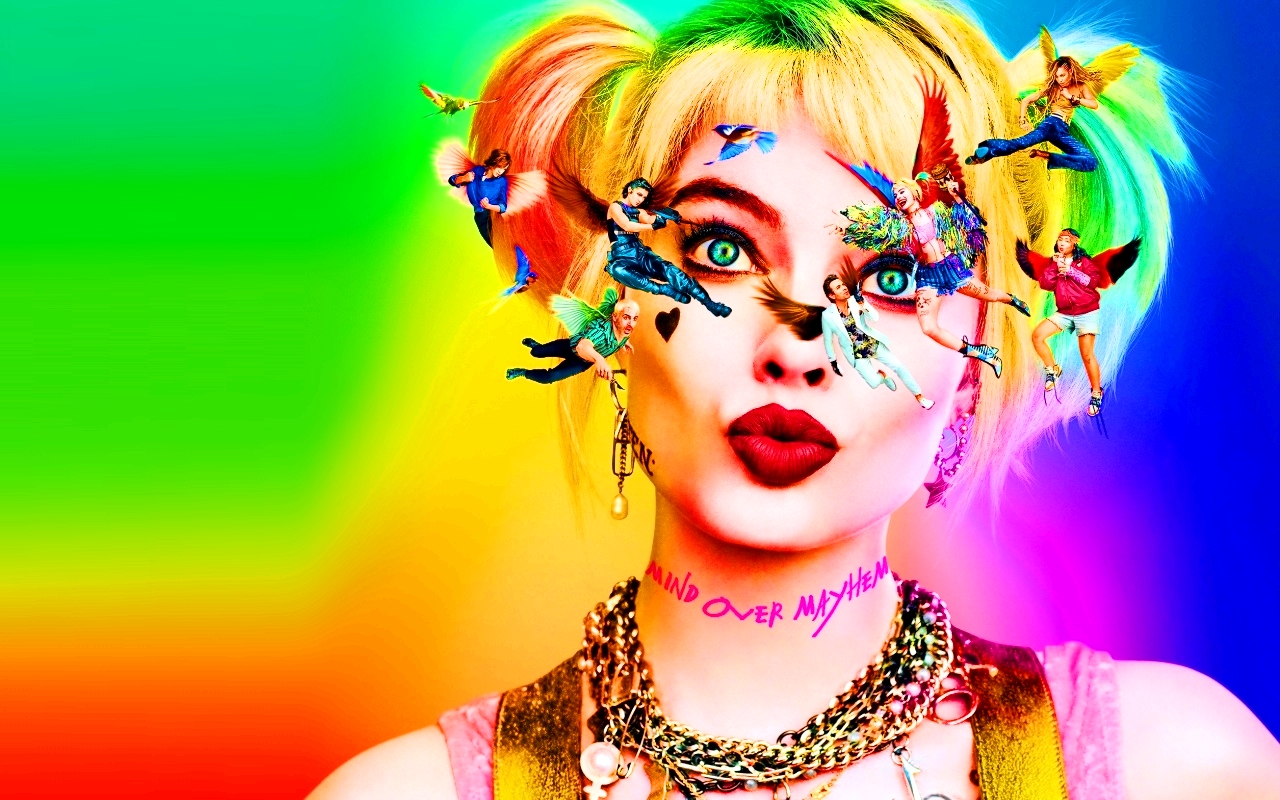 First of all, the full title of this movie is Birds of Prey: And the Fantabulous Emancipation of One Harley Quinn (but in the UK it was released only as Birds of Prey, so let’s go with that) is a mouthful, even though I do kind of like it. Why am I mentioning this? Because, the same as the actual movie, it is a bit messy and bit all over the place.

What I don’t understand is, how can you make a movie about Harley Quinn played by Margot Robbie, (whose performance was one of the best things about Suicide Squad (2016)) and make it so… dare I say boring? Maybe boring isn’t the right word, predictable…? Look, this film is kind of (and by then I mean really) all over the place. Take Birds of Prey. And I don’t mean the title of the movie, I mean the group Birds of Prey. I had no idea, what the title meant before watching the movie. I didn’t know it’s also “a group thing” similar to other comic books groups like Avengers or, Suicide Squad. But in this movie, it only starts to get interesting when they get into the “Birds of Prey” thing which is… 20 minutes before the movie ends…?

I think the biggest mistake was to trying to do two things at the same time – have a standalone story about Harley Quinn breaking up with Joker, therefore becoming a target for everybody in the Gotham could have been a great standalone story on its own, with possible minor involvements of the other members of what would then become Birds of Prey. But this movie is supposed to be about the group and if you spend 70% of your movie’s time on Harley dealing with not only the break up, but also the fact everybody and their assassin mother is after her, then you are faced with two options – either make the movie over 2 hours (which probably wouldn’t work) or shorten the “B” story, which in this case should have been the “A” story though…?

Or, you know, make two movies, one fully focusing on just Harley Quinn (let’s face, if there is a character who can carry the entire movie by herself, it’s Harley played by Margot, as she’s not only having fun playing the character but I feel like she understands her really well) and then make your Birds of Prey, where we get to learn more about “the others”, where Harley can be the “side character”. As if you were to do that, you might have two decent films on your hands. But we have gotten a movie, with a big potential, but where most things felt off.

Let me give you couple of examples – Ewan McGregor is in this movie and I thought he was good enough. You know why? Because I felt like I didn’t get enough information about his character to know how well is he performing, I wasn’t sure where he’s coming from, what his motivations are… They did slightly better job with Mary Elizabeth Winstead, who almost managed to steal this movie, which is close to a miracle, given how little she had in this overall! And that is a shame, as her character was great, funny, cool and I wish we could spend more time getting to know her. Or another example – Jurnee Smollett – what happens with her character towards the end felt really out of place. I understand, that is what her powers are in the comic books, but in the movie, where we don’t really have anyone with any kind of powers, or supernatural being (yep, Superman, Wonder Woman, Flash etc. took a COVID vacation together I guess?) her big reveal at the end almost took me out of the movie completely, because I have completely forgotten that one tiny scene from the beginning, where they hinted at her powers. And that wasn’t Jurnee’s fault, because I thought she did a good job, but if your audience forgets something like this (“hey, she might have superpowers”) you might have not done such a great job of setting it up. And then it takes you out of the most enjoyable part of the movie.

Yes, as I have mentioned before, the last 20 minutes, where they actually (and finally) get together and fight the bad guy(s) are entertaining, but even those can’t redeem the 70/80 minutes prior, full of mainly Harley being all over the place and us not getting to know, you know, the Birds of Prey properly. At this point, people in charge of the DC universe should just take a hint from Marvel and actually plan stuff, trying to introduce, and hype characters, rather than throwing everything at the wall and see what sticks. That is how most of their movies feel like to me. Unfortunately, Birds of Prey is one of them. And like with most of the DC stuff prior, I am not saying it’s a bad movie. What I am saying is plenty of things just didn’t stick to that wall for me, sorry. It’s especially sad for this movie, that has really intriguing characters I would love to know more about. This could and should have been DC’s Guardians of the Galaxy (2014) where we could have been amused and possibly fall in love with quirky and unique characters in a really unique movie. What we have gotten instead are quirky and unique characters in a movie, that is mix of standalone movie about one character we knew quite well and tiny bit of setup to this super hero group she is part of. Shame, because the potential was there.