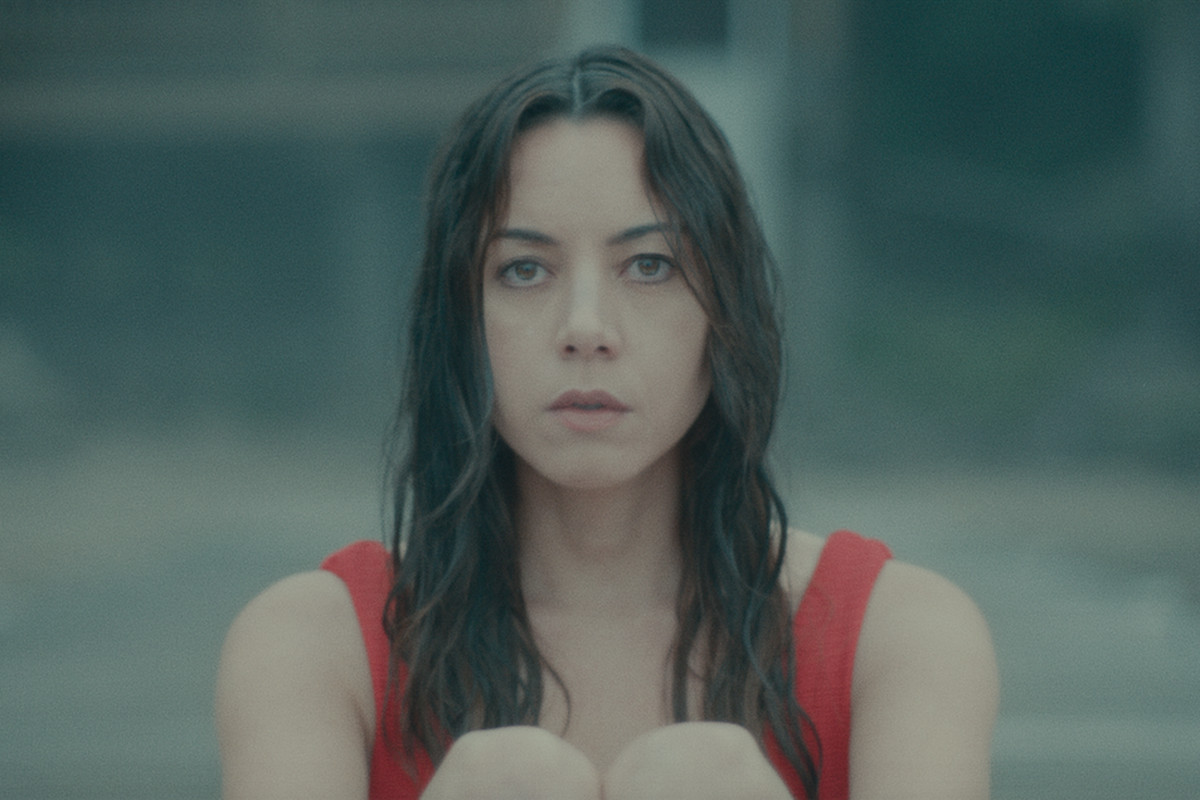 It’s becoming increasingly rare to go into any movie not knowing anything about it, especially if you are interested in films. I vaguely remember some people talking about Black Bear around the time when it came out, praising the film and Aubrey Plaza. Since then, I forgot about this film until it popped up on Mubi (not an ad, even though I wish they would pay me, just a fan of this streaming platform). So knowing next to nothing, I went in and what I got was an experience that will stay with me for some time.

Black Bear is a fascinating film, as it is literally two films. What I mean is that the film starts one way, where we are introduced to our main trio (Aubrey, Christopher Abbott and Sarah Gadon) and watch them interact. Tension is building up with every scene, so you think to yourself: “Ah, it will be one of those movies.” And then, something happens, where you question everything you have seen until now. That’s why I titled my review based on one of my favourite movies of all time Mulholland Drive (2001), as that’s a perfect example of how to make this concept beautifully. Well, as long as you enjoy being confused and not “getting” the film on your first viewing. Black Bear gave me some serious Mulholland Drive flashbacks, yet it is a totally different film.

Firstly, it is not a movie I would describe as “mysterious”. The big part of Mulholland Drive is that fantasy/mystery element regarding what is real and what is not. Black Bear is much more straightforward, but if you were to ask me what actually happened in this film, I would struggle. Not in the “this is confusing” way; it is more about which one of those two storylines is real and which is not. Because one clearly inspires the other, but the “magic” of this film is you can argue both ways. You can say the first half is the “real” one and the second is “the fantasy”, but the more I think about this film, the more I could see it being the other way around as well.

You might have noticed I am not talking about the actual plot of this film, and there is a reason for that. I want you to experience it with as little information as possible. I might have already said too much anyway, but a big part of why I loved this film so much is the unique storytelling approach Lawrence Michael Levine the director and screenwriter of this film, chose. And I think knowing as little as possible is the best way of watching this film. What I can and need to talk about, however, are the performances.

Both Christopher Abbott and Sarah Gadon shine in their respective roles. But this is a one-woman show if I ever saw one. This film is a vehicle for a powerhouse performance of one Aubrey Plaza, and yeah, she should have had a much bigger career by now. While watching Black Bear, you might be fooled into thinking she is “just being her sarcastic self, again”, as that’s how her character starts this film. But soon, you will discover she goes on this journey and what people around her put her through is, at times, tough to watch. It is hard to describe without giving anything away. Let’s just say I was impressed by Aubrey’s performance. If this film had a wider distribution and some major studio behind it, I could see Aubrey being not just nominated for an Oscar but possibly being a frontrunner too.

Where the movie differs from Mulholland Drive is what it wants to talk about. Black Bear is interested in having a conversation about inner demons and the artistic process. And how often people can push others to get something better out of them. Black Bear is not scared to have an uncomfortable discussion about taking one’s art “a bit” too far. We often hear stories about how directors would treat some performers on sets for the “sake of the movie” to squeeze a bit more emotions out of them. And once we (the audience) see the finished product, we justify it by saying: “Yeah, it probably shouldn’t happen like this, but that performance was amazing!” Well, Black Bear will test your beliefs and puts you (through Aubrey’s character) into that uncomfortable situation, leaving it all up to you whether you are still ok with everything by the end of the film.

This movie is 100% one of those films you must watch multiple times to appreciate, even trying to understand what is real and what isn’t. And honestly, even though this is not your “Saturday afternoon chill time” movie, I can’t wait to rewatch it. Because I already loved it, but something is stopping me from giving it the highest rating. I can’t put my finger on what that “something” is, but I believe another viewing will clear up many things, and who knows, maybe it will also bring up new questions altogether…? I wouldn’t be surprised as Black Bear is one of those films you can analyse for hours.

Overall, Black Bear is a fascinating film full of phenomenal performances, and one performance rules them all. If you only know Aubrey from her comedic roles, please watch this film to see how talented she is and how she handles herself in this complicated role. Without this powerhouse of performance by her, Black Bear would not have worked. She had to deliver for this to have any chance, and she did. In a perfect world, this should have been the career-making role that would have helped her to get more recognition. I still hope it will happen because she deserves it. And this movie deserves to be seen by many more people.