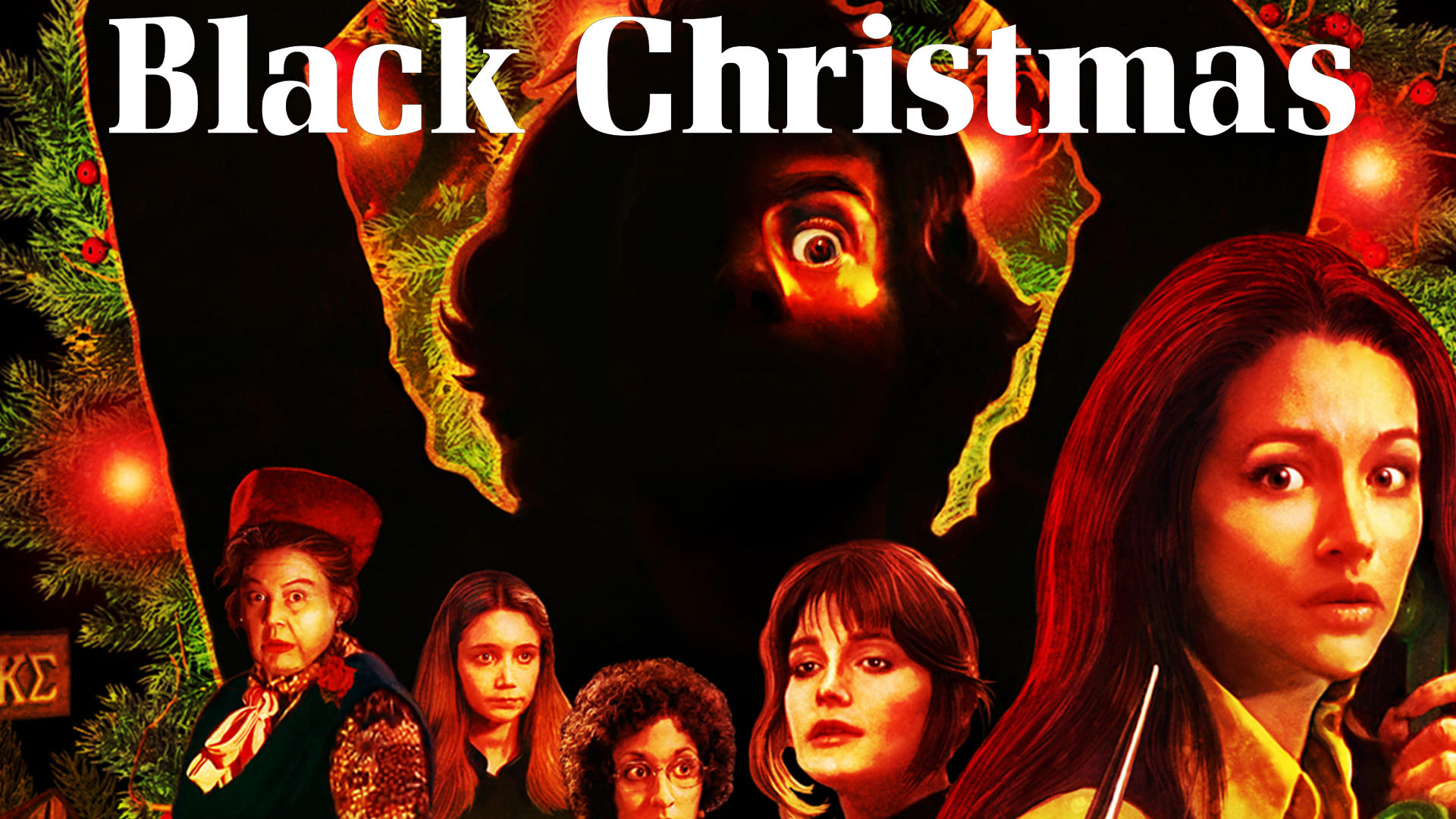 When I started this film, I had zero expectations, and quite honestly, zero clue as to what I was about to see. Because, unlike other horror movies, I have not heard much about this one. So when the film started, and the story was a bit slow, I thought there might have been a reason for me never hearing about this, as it was not worth mentioning. Boy, was I wrong.

Black Christmas is a nice slow burn. It’s almost like leaving meat in the smoker – if you check on it after only 20 minutes, it won’t be done, and you’ll just be disappointed. You have to trust the process that, in the end, you will eat a nice, juicy piece of meat of your choice.

The first thing I will say about this film that surprised me – I don’t see it as a slasher film. Sure the movie established plenty of things we now know from slasher films, for example, the group of students getting killed off one by one. It also helped to set in stone a lot of other “rules” for slasher movies. But, for the most time, I was thinking of Black Christmas as a psychological thriller rather than a slasher. And here’s why. The murders aren’t in your face; you don’t see a lot of blood, nudity or anything like that. Everything is more subtle than that, and often enough, you will see the killer’s POV, helping you feel uneasy. Plus, even “the final showdown” isn’t what you might expect. Everything is more tense, less bloody and overall plays with your head. Especially the ending (but I will get to that).

The second thing that surprised me about this film was the lack of nudity and not-so-subtle feminism. But, believe it or not, both were done very well. And here I think I need to explain myself – this film takes place in a sorority, in 1974. Forget about everything else, the movies from this era and with any kind of university setting is usually full of dated things, especially concerning behaviours towards women in general, their privacy, choice, you know, what I am talking about here. And here is where this movie is different. Not only it doesn’t go for some cheap “young girls in sorority have a lot of sex or are walking around naked all the time” scene, no. Our main character is vocal about not wanting to have a baby (she’s pregnant) and wanting an abortion. She is using the same language we still use today while discussing it. She is her own person and wants to be in charge of her body. And from reading the trivia, this was very much intended:

A strict rule that Clark had set for himself when it came to writing the female characters was to never objectify them sexually or give them nude scenes. He wanted the college girls to come off as real people and not disposable horror characters waiting to die.

It’s funny, isn’t it? How a simple rule like that, can have a profound impact on your movie? Because you can tell this film is different in plenty of ways. But what truly got me over the edge and got me praising this film as much as I am, was the ending. Or better yet, last 20 minutes or so, when the film is getting to some conclusion, where the tension is racing, and it seems, we will know who the killer is soon… Well, let’s talk about it…

I am far from a horror movie aficionado, although I have seen my fair share of horror movies. And yet, I am failing to remember another film like Black Christmas, where the twist is that not only the killer isn’t the person we thought it was, but we never know who “Billy” is/was. I loved that decision. The entire time, I was thinking whether there might be a twist coming our way. And sure enough, the killer wasn’t the boyfriend, even though he had his issues. I adored the last sequence, where our heroine is lying in bed, surrounded by the police. We hear a chatter, news people wanting to go in. And slowly, everyone leaves the room. The camera starts to pan throughout the house, and suddenly, we hear the familiar noises, just like before every murder, and the ominous phone starts ringing. The camera zooms out of the house, leaving us wondering whether Olivia Hussey‘s character (a great performance by her) survives or not. Not only we don’t know that, but we never know who the killer is. And to me, that takes balls.

If you read through the trivia page on IMDb, you will discover that plenty of things this movie does (regarding the slasher/horror movie genre) is not “revolutionary” in the sense that this isn’t THE first movie to do this or that. But, and this is quite important, it helped to forge these rules. That is why Black Christmas is such an important film in the horror genre, as it might have not invented the tropes, but it helped showcase them, where movies/horrors afterwards took those elements and forged them once and for all to the clichés we all know and… love? Yes, the clichés themselves are not good or bad. Everything depends on how you use them, how you make them work for you. And this movie made them work.

Overall, Black Christmas is yet another example of “it doesn’t matter how you start, it’s about how you finish”. It’s a film that throws you into a situation where you might expect one thing to happen and then something else happens, leaving you pleasantly surprised. I went in, expecting nothing much but a decent slasher. What I got was a psychological thriller/horror, with great atmosphere, decent performances, superb ending and surprisingly strong feminist ideology that’s not “in your face”. And that is worth mentioning, especially from a movie made in 1974. I had a great time with this movie and maybe next watch, who knows? I might go all-in with my rating. Until then, this film is something you for sure want to re-watch or watch if you haven’t seen it yet for the upcoming Halloween.