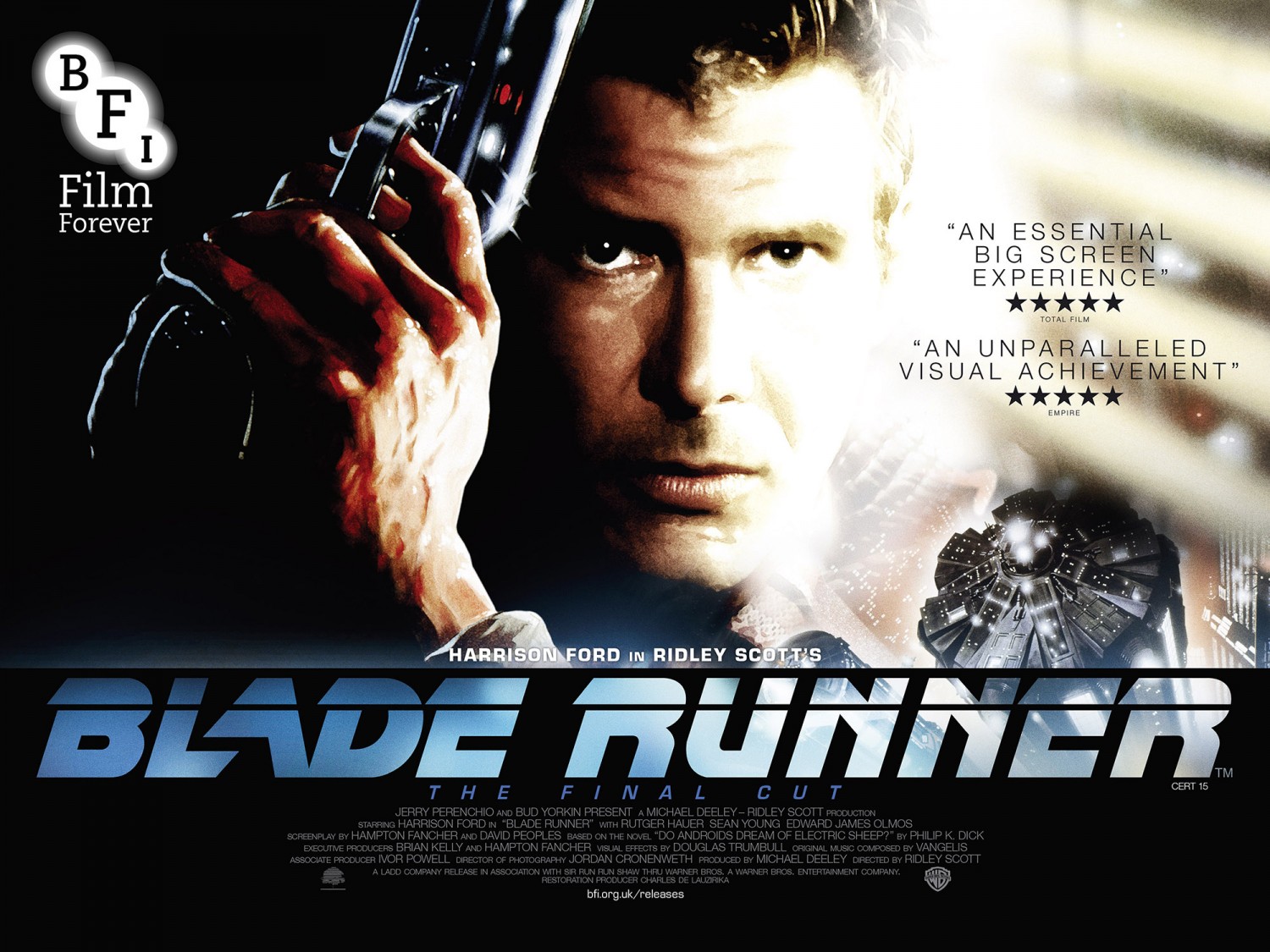 Out of all the movies I have seen in my (relatively) short life, this is the movie where my opinion has changed the most on. Because as most of movie fans now know, when comes to Blade Runner, it’s all about the cut you watch. And unfortunately, I think I’ve seen the “normal” one first, which left me confused and mildly infuriated (and to be fair, I was 15, so plenty of things did probably go over my head). But there was something really intriguing about this movie, so when I was looking up more information about this film, that’s when I found out about different cuts, that change this movie. See, there’s the theatrical cut, the director’s cut and the final cut. You can see the differences between them here for yourself. So after some time, I managed to get my hands on the director’s cut and I liked the movie a bit more. I started to understand what the fuss was about. And then I’ve learned there is a new version (as it only came out in 2007) called the final cut. And for my money, please don’t bother watching any other cuts than the final cut, as that is the true Blade Runner movie, at least in my book. Ever since I’ve watched it, and I have watched it several times now, I have completely turned around on this film, where it’s almost in my TOP 10 movies of all time.

You always hear or see how this movie influenced a lot of our pop-culture, and it’s absolutely spot on, as without shadow of a doubt, there are only a handful of movies that influenced everything that’s been made after them as much as this one did. What Ridley Scott created was a ballsy thing, as prior to this film, sci-fi movies were either black and white movies, that didn’t age well, or Star Wars, which is great, but tonally really different (read – hopeful). Blade Runner might either be the very first one and if not, one of the firsts for sure, to play around with the concept of dark future, where everything is bleak, dehumanized, plenty of big corporations around (why does this sound so familiar…) and it rains a lot. Like basically the entire movie. And it sets the mood for what you are about to watch so beautifully… it’s eerie, yet beautiful, the same way this movie is complimented by the legendary soundtrack made by Vangelis. All pieces fit together.

I could go on and on about why I love this movie, but let’s focus on two things here – the performances and the endless debate whether Deckard (Harrison Ford) was in fact Replicant himself.

The performances in here are plenty of times so subtly amazing, the first time you watch this movie, you might not like most of them. Let me explain – most of them are not conventional performances, they are not “in your face” acting, and they need to be unique, as most of the actors are playing Replicants, and the main idea here is whether they actually could be more human than humans. We know they can’t (or at least they shouldn’t) feel any emotions, yet plenty of them seem like they do. Does that make them human? Two actors I really need to mention are Rutger Hauer and Daryl Hannah as both give different, yet great performances. Rutger is almost this poet, who has seen things (one of the best final scenes in movie history, every time I watch it, it gives me chills) who can be really cold blooded killer to make things done, but at the same time this almost gentle giant. And then there is Daryl’s character, who acts almost like this kid, who’s just too curious about everything, but you get the feeling she could snap at any time. There is always something sinister lingering about her. When comes to Harrison himself, the first time you watch the movie, you might argue he seems almost comatose, as his performance is really subdued, but the more you think about the main conflict and the more time you watch it, you understand why he’s doing what he’s doing and why it ultimately works.

Ok, let’s talk about the question. Is our main protagonist, the Blade Runner (somebody who hunts and kills Replicants for living) Replicant himself? It depends who you ask is the honest answer. Harrison is on the record for saying he isn’t, and he is in fact human, Ridley Scott said he absolutely is a Replicant and you can read countless of theories that support both sides of this argument. For my money, I would say Deckard is human, but if you think about it, does it matter that much…? As sure, if he’s a human, then we have the obvious theme of “human x machine” and how towards the end, the machine is more human than the human, who was ordered to kill it and in that process, the human is loosing pieces of his soul, his humanity. But if Deckard was in fact a Replicant, we have “machine x machine” which might not sound that intriguing, but also gives us something unique, as then you can think about how one machine/Replicant is supposed to be the “bad guy” and yet he saves our protagonist and how the other, who we are supposed to be rooting for, is killing Replicants. And if he himself is a Replicant, he’s killing his own kind and it seems that it did affect him too, so maybe he’s got a soul…? Again, you can read this movie in several different ways and that is at the end of the day, the sign of a great film. It gives you a lot of clues, but it leaves the ultimate decision in your hands and if you want to believe Deckard was a human, you can. If you want to believe the opposite, you also can.

Blade Runner is truly a masterpiece, if you allow yourself to be pulled into this eerie, mysterious future that’s now in the past (remember it takes place in November 2019) you shouldn’t be disappointed. It’s definitely something, that doesn’t feel as unique now, as it’s been copied to death by variety of movies, TV shows, anime… you name it. And yet, it ages beautifully, like a fine wine. As mentioned before, when I watched this movie for the very first time, my rating was around 3/5, as I was disappointed that I didn’t get to experience the brilliance people were raving about. But once I found the final cut and have seen it 3/4 times now, everything’s changed and now it’s one of the top contenders for my personal TOP 10 movies. And that’s no small achievement. I honestly can’t remember a movie where I would flip my opinion on that hard (from being mediocre to one of my favourites). The magic is here, it works and it’s real.

Overall, you need to be in a certain mood to watch this movie. It’s not something to watch when you want to be cheered up, that’s for sure. And yet, I can imagine putting this film on a rainy Sunday afternoon, where the weather is bit gloomy, cuddle up underneath a warm blanket with a hot drink of your choice and go to this rainy world, where nothing is as it seems, it’s full or rain, dream unicorns, origami, Replicons, and existential questions about what does it mean to have a soul, what makes a human… you know, the good stuff. 🙂