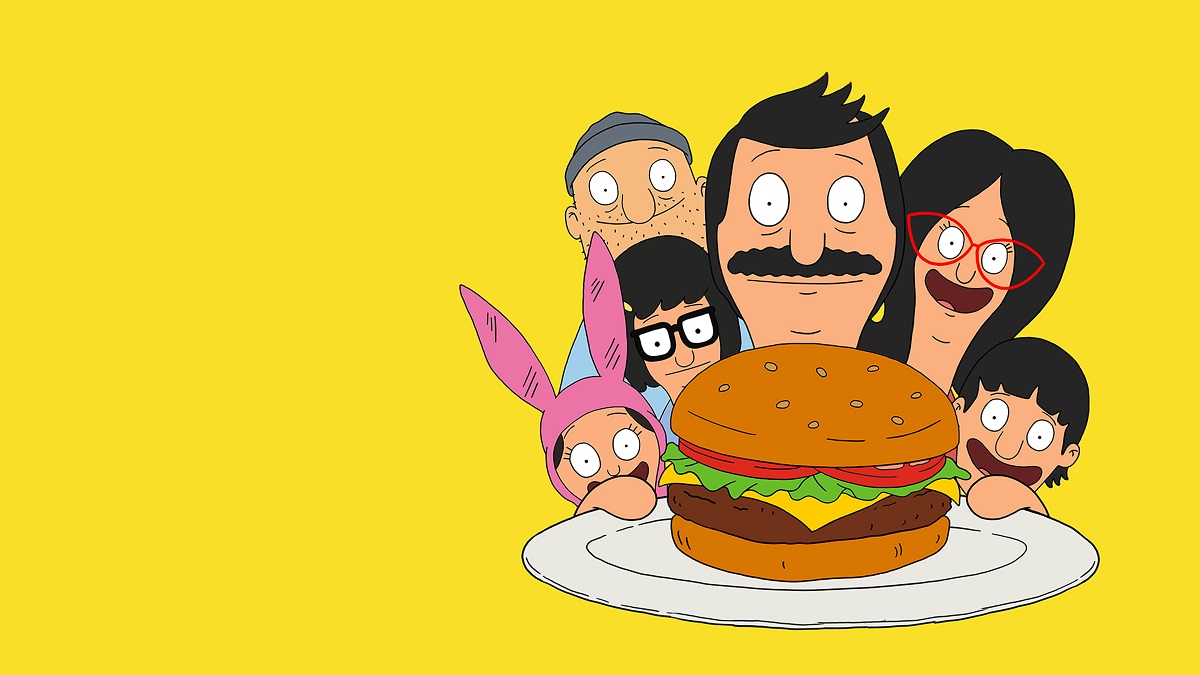 I have already talked/written about my love for Bob’s Burgers (2011 – ?, my review here), and I still believe it is one of the best, if not THE best, animated family-oriented shows currently on air. I don’t want to get too much into why I think so, as I have already talked about it in the review above, but the main gist is the family element. So when we had the announcement of Bob’s Burgers: The Movie, I was equally excited and nervous. Because as is the case with many animated TV shows, they work well enough within 20 minutes episodes, but, often, their film might feel like a couple of episodes glued together. Luckily, this film doesn’t feel like that. Not only did they foreshadow one of the details in this film (you can see a couple of times in season 12 some people outside of their restaurant tripping because of the ground that is about to burst in this movie), but the creators managed to keep everything that makes this show so magical. The humour, the songs and most importantly, the family element.

Bob’s Burgers: The Movie (also known as The Bob’s Burgers Movie) has several storylines that tie so well together, which might not sound that surprising, but what if I told you one of those storylines is a murder mystery…? Yep, in this crazy, wacky, but mostly positive world, the murder mystery is one of the most noteworthy plot points of the film, and surprisingly, it works. Because they never go too dark with it, they always keep it light, or as light as you can with, you know, murder. This film is not “just” about that murder, hence another reason why the film works – the other storyline is about the Belchers needing to get more money to pay for their mortgage. Yep, that simple yet relatable stuff. Nothing big, fancy, no “giant” adventure just because they are in the film. That is something that hit me while watching this in the cinema and the reason this film and, ultimately, this TV show still works for me, twelve seasons in – unlike other animated families, this shows stays grounded.

There are no celebrity cameos. Don’t get me wrong, celebrities often do voicework on this show, but they are never “themselves”. They always play some character within the show. That is one way to keep your show about a family who struggles to pay their bills most of the time grounded. The other way is never to forget they are your “typical” middle-class family. Unlike other animated TV shows, they don’t suddenly have episodes travelling to Brazil, Europe etc., because that would not make sense. If they go on trips, it’s usually in their beat-up car, somewhere fairly close, and the same applies in this film. They could have easily made up a storyline for this film about how they suddenly came into more money they could have travelled and possibly, in the end, somehow lost the money just to make a “fancier” adventure, for the film to be “fit for the big screen”. But no, the creators never lose their way, neither in this film nor throughout the show. I think there is something delightfully charming about that decision, always keep things on the low, casual. It’s also clever as had the creators decided to “go big”, and then at the end of this film; we would watch them lose their money, it would be a significant cheat as that would make the movie pretty much pointless like it doesn’t matter for the show. But knowing Bob’s Burgers, there will be references to this film in the next season.

My only “complaint”, and I can’t believe I am saying that, would be the song numbers. I thought there were one too many song numbers in this film. And I am saying this as somebody who adores Gene’s ability to be himself and compose all kinds of weird, funky music. I don’t even think there was a song that wouldn’t work for me, but especially in the second half, when they broke into yet another song, it was the only time my mind wondered how much time was left. For full disclosure, I watched Everything Everywhere All At Once (2022, my review here) for a second time just before this movie, so I might have been simply “overstimulated” as that movie is pure perfection. I will 100% watch Bob’s Burgers: The Movie again at home to see whether this one complaint I have is valid or not.

Another thing that is worth mentioning is how self-contained this movie is. What I mean by that is it works for us, the fans of this show, because we get many inside jokes and callbacks to previous seasons/episodes. But I think if you have never seen a single episode of Bob’s Burgers, you would still have a blast because there isn’t any “baggage”, and many “inside jokes” still work on their own. Your knowledge of the show only enhances your experience but isn’t required. The creative people behind this film understand who Belchers are and how down-to-earth they are, and that understanding worked beautifully for this reason too. This film isn’t “nostalgia, the movie” or “for true fans only”, no. I can imagine a person who has never seen the show watching this film, understanding who everybody was, their relations to each other and being intrigued enough to go back and start this show from the first season. I would love to hear from somebody who had never seen the show yet somehow ended up watching this film whether they enjoyed themselves and were intrigued to go back and give this show a go.

Overall, Bob’s Burgers: The Movie was a delightful time at the cinema. The film takes the characters we know and love and polishes everything just a tiny bit more for those nice shiny colours to pop up more on the big screen, but it never goes into the “we need to have a bigger adventure because this is a film!” territory. I think for any fan of this funny, quirky and delightful show, this film is a must-see event, and for everybody else, I think you might have a great time with it too. I can’t wait for season 13 to start, and I am curious how will they reference this movie in it.