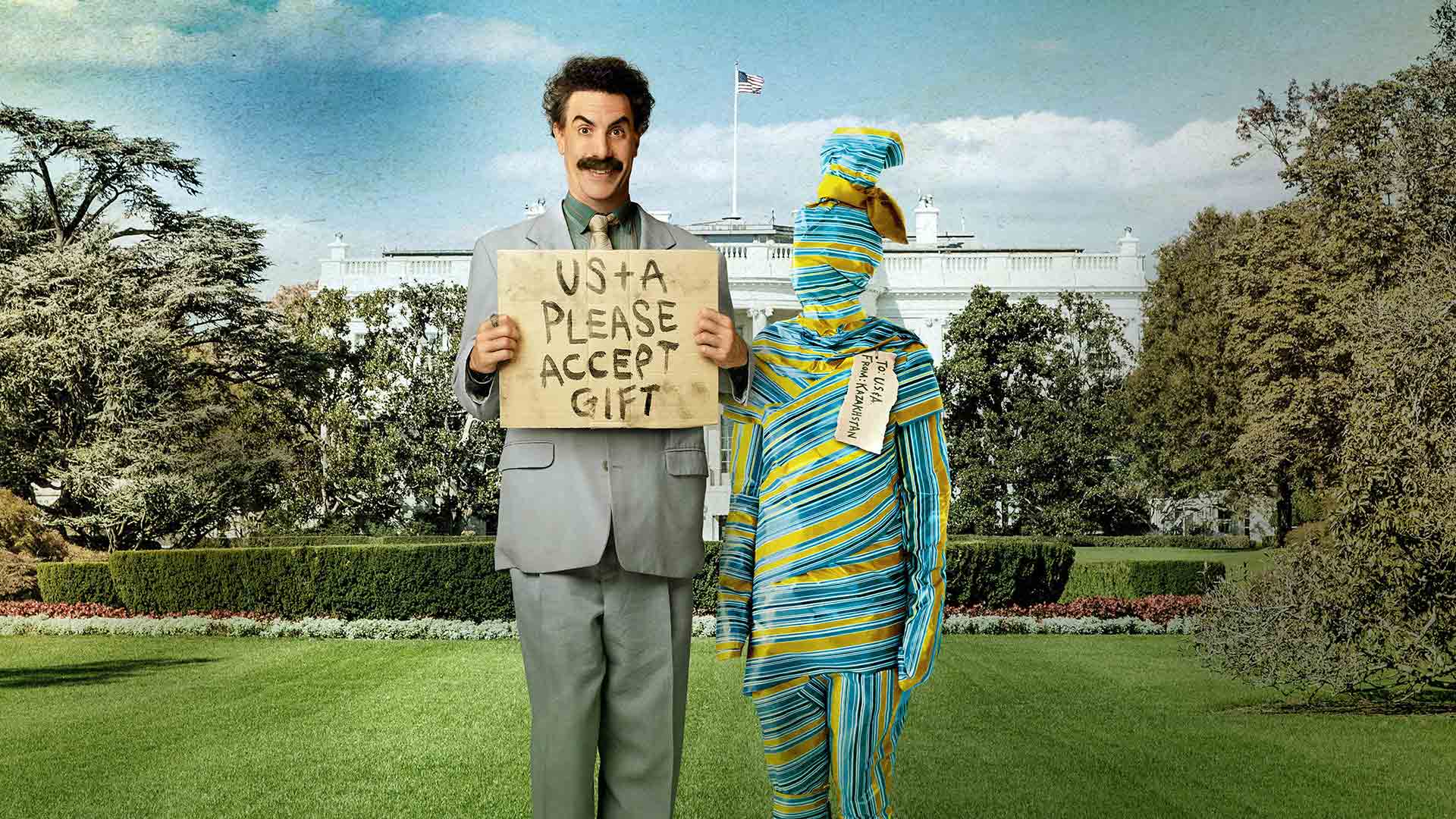 I remember when the first Borat (aka Borat: Cultural Learnings of America for Make Benefit Glorious Nation of Kazakhstan, 2007) came out and how shocking it was. It was this movie, that made learn who Sacha Baron Cohen was and because of it, I have started to follow him more closely, as I liked his edginess, how we managed to mock people, by just allowing them to express themselves. But how do you top that? How do you make a sequel to a film like that, without solving some issues. First of all, the culture has progressed so much, we are so desensitized, plenty of things no longer shock us and more importantly, the Borat character became so known all over the world, it would be next to impossible to find enough people, who wouldn’t know what’s happening (as shown by the beginning of this film). And this is where the brilliance of casting Maria Bakalova comes in. Whether it was Sacha himself, or one of his screenwriters, they deserve the praise, as not only it was genius move, but she was superb.

Borat Subsequent Moviefilm (aka Borat Subsequent Moviefilm: Delivery of Prodigious Bribe to American Regime for Make Benefit Once Glorious Nation of Kazakhstan) feels more cinematic than its predecessor, and not because of technical reasons (camera work etc.), no. Because of everything that’s happened (election, COVID pandemic and mainly the entire storyline with his daughter) there actually seemed to be a cohesive narrative, not just like the first movie, where the main story was about him looking to marry Pamela Anderson. And honestly, Maria has a lot to do with that fact.

It’s still rare, in almost 100 years of Oscar existence, to be nominated for a performance in comedy film. I believe the number of people who managed to get nominated for that (and again, we are not talking about screenplays, just purely acting) would still be single digits. That’s how rare it is and that is why it always feels almost questionable, when somebody manages to do that. When Maria’s nomination was announced, I was shocked and it made me want to watch this film even more. And now I can say that I can see why she was nominated. She had a such a tough job – be on the same level of insanity as Sacha’s character, but at the same time, she needed to be more of a “straight woman”, for some of his jokes to work. As the golden rule of comedy goes, somebody needs to be the crazy one and somebody needs to be straight one, to make the crazy one standout and for the jokes to bounce off each other well. If both (or multiple) characters try to top each other and be the crazy, comedic one, it doesn’t work (for an unfortunate example of that, please see the Ghostbusters (2016) reboot, that’s not really a reboot?) So she already had her work cut out with that, but she not only nailed that part, but her character had an actual growth throughout the movie, where at the end of it, you couldn’t really laugh at her anymore. And that is no easy job to convey, in Borat movie! I was honestly impressed with her acting chops and I can’t wait to see her in other movies.

The main thing I loved about this film was how many obstacles they had to jump through (mainly the COVID-19 pandemic) and how brilliantly they incorporated them into the actual film. Just the fact Sacha actually lived for almost a week with the conservative people in their cabin, having to go to sleep and wake up in the character of Borat, is insane. On top of that, throughout the movie, he manages to stay as edgy as ever with a splash of brilliance on top (the whole abortion bit is just great).

My only issue is the same thing I praised the film for just a few sentences before – wait, what…? Yes. Because of more narrative, and because this feels more like your conventional movie, the last 30 minutes or so do feel like the film loses a bit of steam. Maybe it was because in most of it, Maria wasn’t there…? Yeah, she is back for the now infamous Rudy bit (which was probably the most uncomfortable moment in the entire thing and that is saying something) and the very end, but I still felt like the film might have been a bit too long. I do have to say, the final pay-off is worth it.

Overall, I would recommend this, as I thought it’s still a clever, funny movie, that yet again exposes certain people for who they are. If I were to make any distinctions between this film and the first Borat movie, I would say they are both great in their own right. It depends what you are in mood for. If you want to watch something with little to no narrative and laugh basically every single moment of the film, go for the original one. If you prefer something with more of a story, narrative structure and great performance(s) with actual growth, go for this sequel. I think you shouldn’t be disappointed either way.