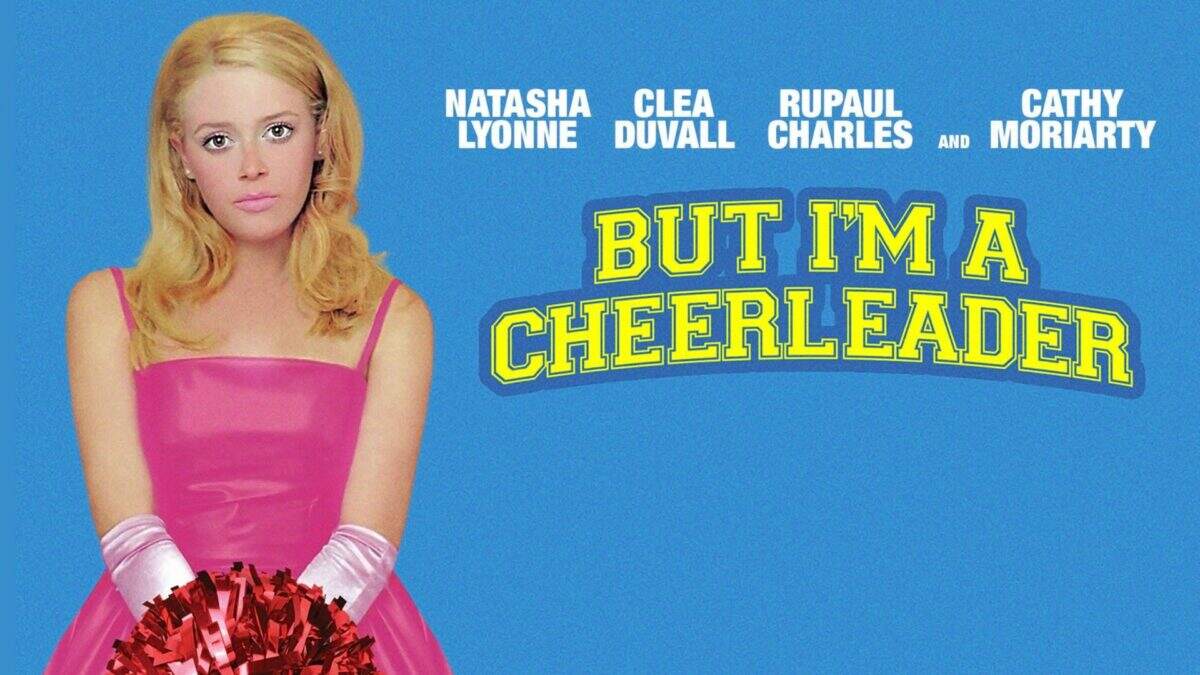 This movie reminded me why I love movies that are older, even if by only 20 something years. As every movie (as long as it’s not historical drama or something along those lines) is a time capsule of an era, or a certain time period. But I’m a Cheerleader deals with the fact that Megan (Natasha Lyonne) might be… A LESBIAN?! Imagine the horror… 🙂 Which this movie pokes fun at and at the same time reflects on her experience throughout all of this, and does it really well.

I find it hard to write about But I’m a Cheerleader as it’s almost one of a kind movie. On a surface, it might seem like pretty straightforward comedy, where parents think their daughter can be cured of her lesbianism, so they send her to “rehab camp”, where in a couple of weeks time, they should cure her of all the gayness and make her ready to jump on any dick in her general vicinity. But dig deeper and you will find it’s also tender, gentle story of a few girls coming to terms with who they are, while this silliness is happening in the background.

A big part of this movie’s charm goes with the casting – from Natasha, Melanie Lynskey, Clea DuVall, to RuPaul (as a man!) and in tiny roles Michelle Williams and Julie Delpy! And I need to stop to discuss Ru, as I am so used to his Drag Race persona, I never realized how much “on” he is. What I mean is, in here, he actually uses his “normal” voice, which I almost didn’t recognize, as he’s talking much much higher, even when he is out of drag. It was definitely fascinating seeing him act and to be “prototype” of this manly man and him being the coach for all the gays, that should turn into men, under his supervision.

And I think if you knew who he was back in 1999, you’d appreciate this film much more than your average movie goer, as even that fact (RuPaul being the one who coaches young guys and giving them advice on how to be a man) is making mockery of this idea, that you can “cure” gay/lesbian thoughts. And that is something this movie does really well, as this topic could have been turned really sad really quickly. And yet, it never goes there, there is always a hope.

Something tells me that if you wanted to make a movie like this today, it wouldn’t be a comedy, rather it would be this deep psychological drama, mixed with bit of a thriller, where they would let you wallow in a dirt and misery for just over 2 hours. But I’m a Cheerleader took entirely different route and took this topic as a challenge, it made it into almost light-hearted comedy, that doesn’t shy away from dealing with the idea of how fucked up this system is. And it does it in a very different, more optimistic way and I really, really liked that.

I think we kind of lost this form of filmmaking, where if we want to make a movie about something that’s serious, there can’t be any joy in it, as it is serious, right? This film reminds us that not only it can be done, but it can be done really well, especially if you let somebody like Jamie Babbit write and direct the movie too.

Overall, But I’m a Cheerleader feels like almost a unicorn in the dark. It’s shinning bright, it’s making mockery out of everybody, who is still thinking homosexuality can be cured and actually takes its time to introduce and develop characters, so you as a viewer can easily identify with them. And that is worth a lot as I can’t imagine how it must feel like being a teenage girl, who’s not only confused about liking girls, but now she’s being told it’s bad and she shouldn’t do that. But this movie shows you her experience and perspective so well, it’s really easy to understand and not only her character, but everybody at the “camp”. I think I might re-watch it at some point, as I didn’t expect to like this movie as much as I have.