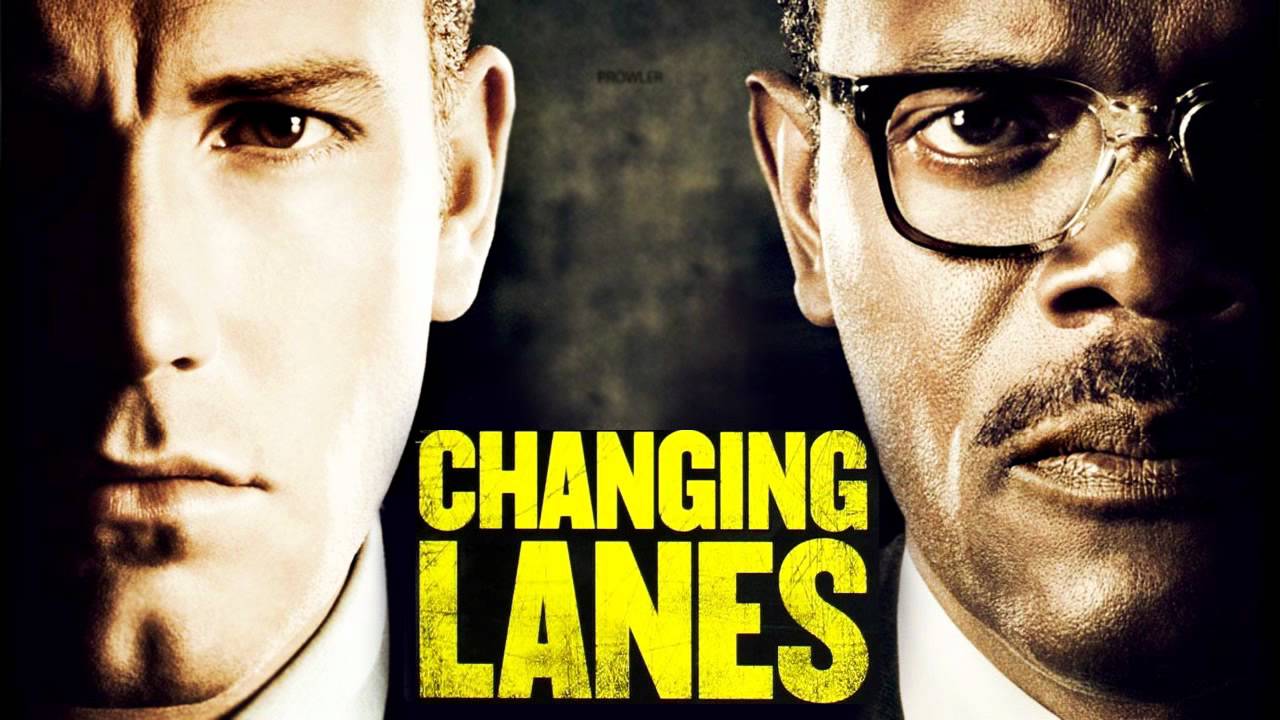 There are movies that are ageless, and if it wasn’t for something (old piece of technology, a specific word/lingo we don’t use today) you wouldn’t even notice, how old they are. And then there are movies like Changing Lanes, a movie that took a concept that was really popular in the early 2000’s (car accident affects lives of several people) and made it in hyper edited, pseudo dramatic early 2000 way, that it’s hard to watch.

Changing Lanes is really frustrating movie, as it’s trying to have it both ways – it wants to talk about good and bad, with characters who are both in between being good and evil (even though you could argue Ben Affleck‘s character has passed the edge and went to the dark side with occasional glimpse of remorse) but everything this movie is trying to say/show is so on the nose it’s basically punching you in the face with it. Subtlety is not a word this movie knows.

Unlike movies like Amores Perros (2000) or Crash (2004), the car accident in this movie is more of a fender bender, so there is not much at stake, nobody’s injured. It’s more about the time to do the right thing in that situation, where both men are rushing to get to court (what a coincidence!) and Samuel L. Jackson wants to do the right thing (exchange the information, etc.). Ben Affleck is in a rush, so he just writes a blank cheque for Samuel to repair his car, but during the chaos, he forgets his red folder, that’s of course, the crucial piece of evidence for his case and trial he’s already late for, even prior to this accident.

From there on, is where the film starts being really melodramatic, as plenty of times if people had just waited for couple of minutes, they would’ve saved themselves plenty of problems, but they don’t. Which is not necessarily bad idea, but the execution… I don’t know whether the studio was interfering with shooting, or giving the director some notes, but the approach Roger Michell went with (half drama, half thriller on crack) didn’t work for me. Not only the pacing felt all over the place, but what the movie was trying to say was just too on the nose, and if you didn’t get, you will get it re-hashed at the end of the movie again, just to make sure you got it.

The other thing that totally didn’t work for me was Ben Affleck’s character, who I didn’t trust at all. To me, that was the typical Hollywood’s idea of “morally ambiguous” character, who knows he’s more on the evil side, but then he sees a family on the sidewalk crying for their dad, and that makes him realise the scope of his evil actions. Yep, that exact scene happens in this movie. I guess, I can’t disprove the fact there might be people like that, but usually people who do things that are… morally questionable, they realise the scope of everything they are doing. They just know how to justify it to themselves, how to disconnect from anything and everything, so people like that wouldn’t get shaken up by something like that.

That’s why the film doesn’t work for me overall – it seemed like it was afraid to either go deeper with Ben’s character, or to allow itself to have moments of quiet reflection, where you could see/believe Ben’s character is about to “break” for the better, not just a few seconds on the street. Unfortunately, the movie did neither, and that’s why it feels unearned.

Side note – if you are still asking “how on the nose can this film be?”, know this – the title literally comes from the accident, where the main characters were… changing lanes on a motorway. Yeah. Subtlety be gone.