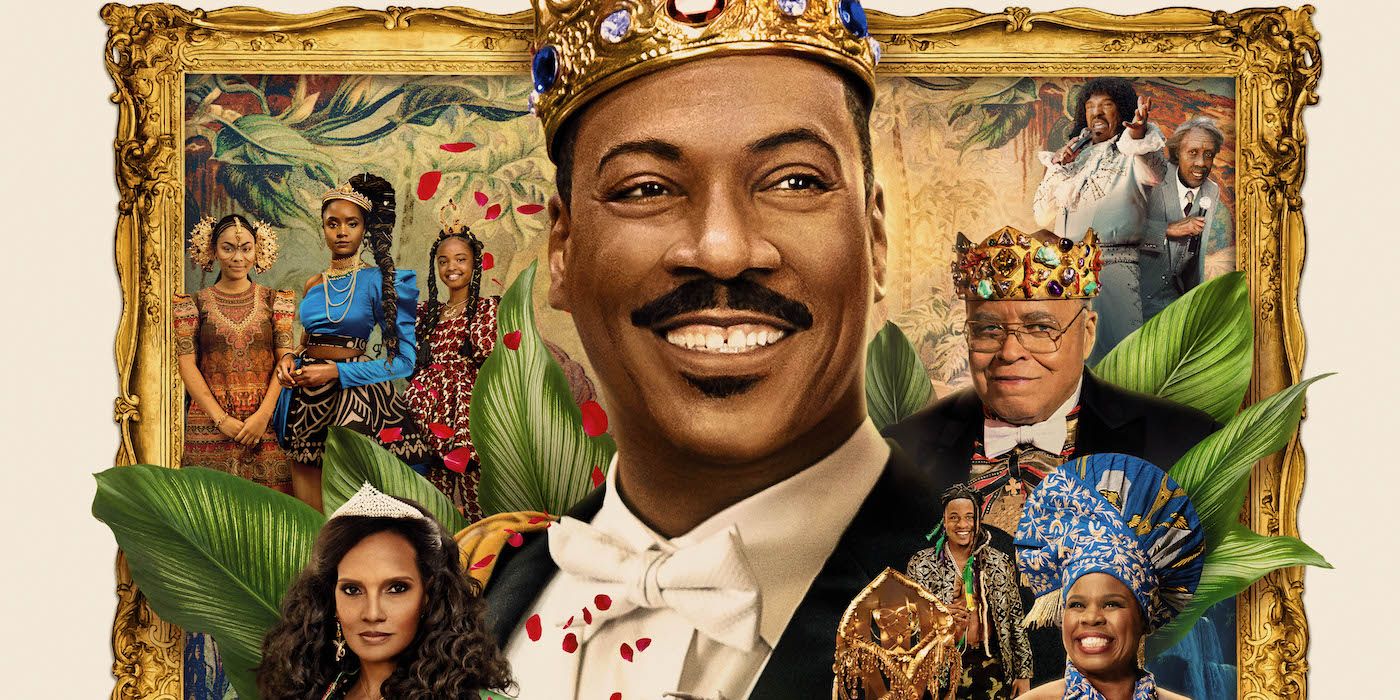 It seems we are not “out of the woods” yet, regarding these “30 years later sequels” to classics. Yes, I don’t think it’s a controversial opinion, but I consider the original Coming to America (1988) one of the comedy classics of that time and a movie I must have seen at least four or five times. That might not sound like much to many people, but I rarely re-watch films as there are too many I haven’t seen yet. Anyway, when Coming 2 America was announced, I was, like many, sceptical. And even the first trailer didn’t convince me, so it took me over a year to finally watch this film. And I won’t lie, the first half was terrible, but surprisingly, the second half was much better.

While I was watching this film, there was something bothering me, but I couldn’t put my finger on what it was. I knew something was wrong, but I couldn’t put it into words until finally, it hit me. Coming 2 America doesn’t feel confident in itself. So we not only get many references to the original film (which was expected but still, they somehow managed to reference almost everything), but we literally get some scenes from the first movie playing a couple of times. Some were altered to justify/retcon this film into existence, and some were full scenes just lifted from the first movie! It mainly happens in the first half, and that felt weird. It almost felt like the filmmakers behind this sequel felt the need to justify it or apologize for the mere existence of this movie. Like they were saying: “Look, we know you’d rather watch the original, so here’s this scene you liked! And this character is back! And the barbershop!”

One thing I didn’t expect to write about this sequel – I could have used less of the original crew and more of the new actors. Yep, as much as I adore Eddie Murphy, Arsenio Hall or Shari Headley, they all felt not as excited to be back. I would say Shari was the one who felt most natural. I wish the movie would have focused more on the new characters, whether it was Jermaine Fowler, Wesley Snipes (playing a crazy but funny general), KiKi Layne or Nomzamo Mbatha; this “new blood” felt just right. When the story was focused on them, mainly the relationships between Jermaine’s character with his new sister (played by KiKi) or him getting closer with Nomzamo’s character, I thought the movie shined more brightly in those scenes, and I was actually in the story. Every reference to the original film pulled me out of it, but these talented young actors managed to pull me back in.

Another thing I need to mention is the soundtrack, full of hip-hop and R’n’B. I won’t pretend I recognised all the songs or artists, no. But I have recognised Meghan Thee Stallion, and that was a pleasant surprise hearing her voice (if anyone is interested, the song I am talking about is I’m A King by Bobby Sessions featuring Megan Thee Stallion). I would definitely recommend checking the soundtrack out if hip-hop and R’n’B is your thing.

I can’t forget to mention another thing that bothered me – the CGI. IMDb states the estimated budget for this sequel was around $60 million, but most of it must have gone to actors’ salaries, and therefore, not much was left for the CGI, and it showed. I understand many production people work long hours and can only do so much with the resources they have been given, so this is not against them. This complaint is more about the movie not saving enough money for those CGI shots of Africa because Jesus… Talk about something taking you out of the film.

I must mention one more thing – Leslie Jones is in this film. And I don’t know whether that’s her schtick or whether she has been stereotyped to do this in every single movie she is in, but just because you can be loud doesn’t mean you are funny. The reason I am saying that is not to be hurtful but quite the opposite. Because Leslie’s character starts this film as this loud persona that is so annoying; but in the second half of the film, she has some “quieter” moments where she manages to deliver some decent jokes; and that is the Leslie Jones I would love to see more of. I know it’s not just her many other comedians subscribe to this school of thought (“I will YELL all my lines!”), but it rarely works because this has been done so many times now that it’s downright annoying. Can we stop it, especially if the performer (in this case, Leslie) can actually be funny without yelling? Cheers.

Overall, Coming 2 America is not as bad as I feared, but it’s still a few “steps” below the original film. If the movie had the balls not to repeat every single joke that worked in the original, literally play entire scenes from the original and focus more on the new characters rather than the old cast, we might have had something here. I would say (maybe foolishly) that if the film was split 80/20 (we would spend 80% of the movie’s runtime with the new cast and the old cast occasionally pops in), I think we might have had something not as great as the first movie, but a worthy sequel nonetheless. But in its current form, Coming 2 America is very slightly above average. And it’s due to the young cast. Also, remember the name KiKi Layne – I feel we might have a future star on our hands that would be in many movies to come.