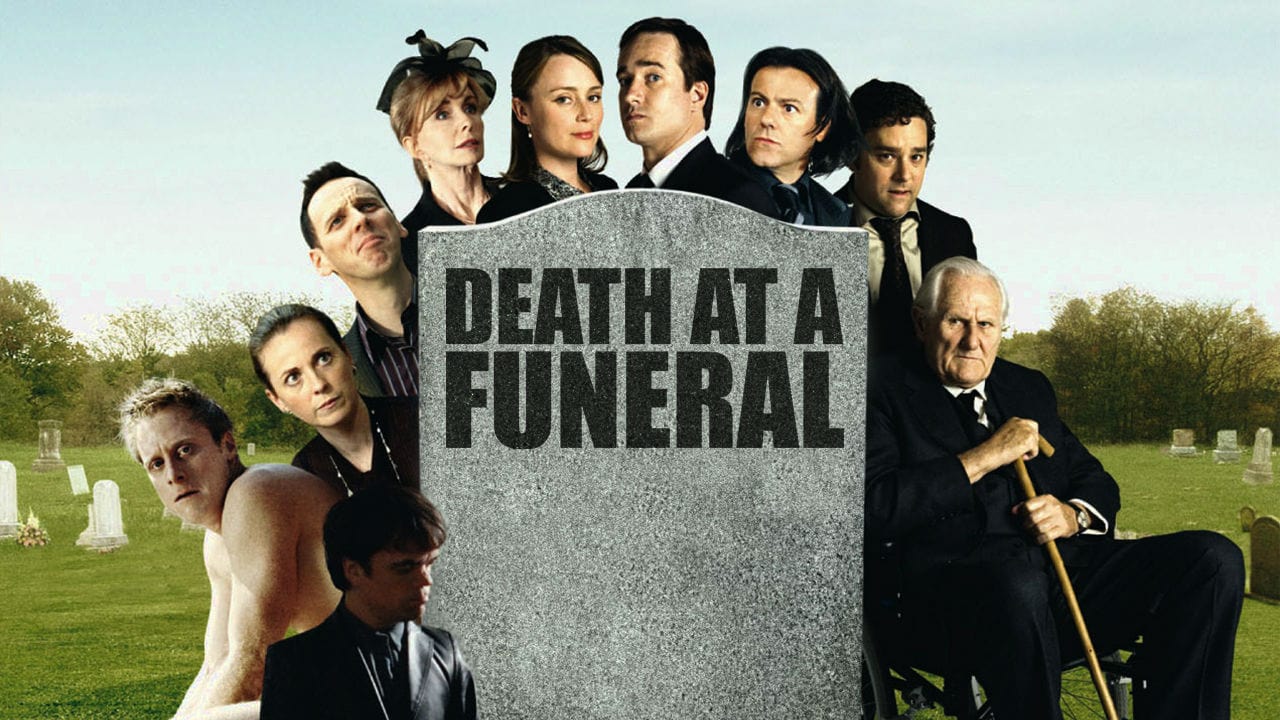 This movie is the perfect example of the fact, that absolute statements make no sense, as we change over time, alongside our opinions. I remember watching Death at a Funeral around the time it came out and I thought it was a decent comedy, but nothing to rave about. Then, I have seen it again, couple of years later, and I liked it a bit more. And upon my recent re-watch, introducing this hidden gem to my girlfriend, I laughed hard alongside her, wondering why did I ever doubt this movie’s brilliance.

One has to wonder, why is that? Well, the most obvious answer to that would be my age, as when I watched this movie for the first time, I was around 16/17 years old. And without sounding too snobbish by any means, but for some movies, you really need to experience the world, meet different people, grow up a bit, to fully appreciate them and this film is definitely one of them. I remember not being able to to fully resonate/get into either of these characters, maybe with an exception of chaotic force of nature Kris Marshall, as I have always liked him from the britcom My Family (2000 – 2011). And with any additional re-watch, I understood more and more of these characters, as this movie perfectly encapsulates the awkwardness of large family gatherings, such as funeral(s) and in that, to an extent, life.

Just a couple of examples this comedy deals with – expectations to be as successful as your relative(s) (in this case brother), the idea of living a secret, almost a double life, that is so secret nobody has any idea, until your funeral, the pressure, that you are not good enough to marry into a family, the idea of living a good life and what does that mean… and on top of that, the movie is really funny! Frank Oz has done it again and managed to combine his almost signature sense of over-the-top situation humour, but this time, he combined it with the dry sense of British humour and the result couldn’t be any better. This is why great comedies are not just about “how many jokes you can fit into one minute”, but there should be some themes.

I also think there is another thing, that helped me truly appreciate this comedy more. Living in the UK for almost 10 years now, and knowing way more about British mentality. Even though I live in Scotland, not England, I’ve met a few people from England, who gave me a good glimpse into the English psyche, that made me appreciate this movie a bit more, in the way “the stereotypical English person”, if there is such a thing, thinks, behaves and reacts. That might also contribute to your enjoyment of this film, whether you have ever been in the UK, or know a bit about the way the people here act/behave. It’s hard to describe it, but that polite, yet strict attitude, even within their family, is something that needs to be experienced.

Also, I need to talk about one person, who steals this movie for me, every time – Alan Tudyk. His performance as Simon, who by no fault of his own, ends up taking some… “medication” that makes him bit too relaxed, is great. But not because he makes it funny, which is the bare minimum for that role and where most actors would have stopped – his performance has peaks and valleys. It would have been so easy to play it as the “comic relief” the entire movie, but in his performance, you do see him being amused, terrified, tortured, doubtful, happy, sad… He is all over the place, but it always make sense for his character and it never feels too much or too unrealistic. Alan took something, what easily could have been one note character and elevated that role, where he functions as heart of this movie. If he wasn’t there, most of the movie would still make sense narratively, but something would be missing, as his story arc is great and compliments the movie’s overall themes. Truly, great comedic performance, people seem to be missing out on, as I don’t see it discussed enough.

Overall, Death at a Funeral is a movie that I had to see three times to fully appreciate it. My first watch I ended up rating it around 3.5/5*, my second it was 4/5* and now, I have no other choice than give it a full rating. I have a feeling that in couple of years, there will be plenty of those “clickbait” articles like “10 reasons why you should see Death at a Funeral right now” or “7 British comedies that you should have watched from 2000’s” and this movie would be at the very top of those lists. And deservedly so, I might add, as it’s simply brilliant.