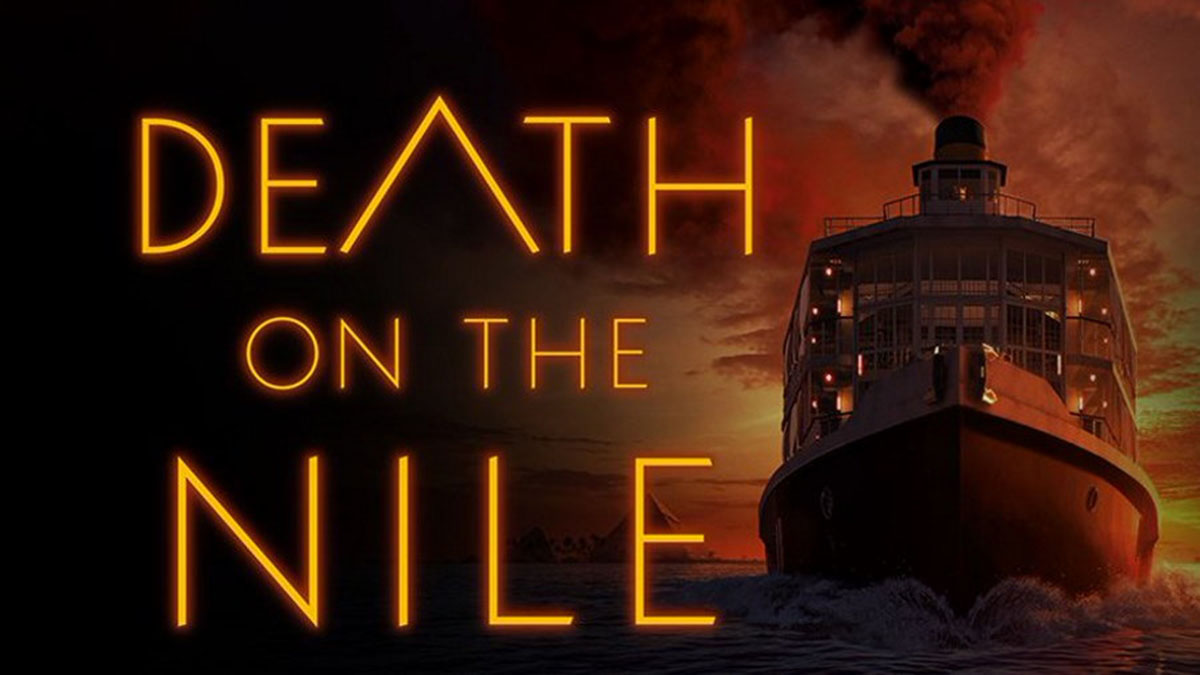 I will be honest; I didn’t think I would like this film. Don’t get me wrong, I love me some good murder mysteries, but the previous film Poirot film, Murder on the Orient Express (2017), left me cold. I am not saying it was a bad movie, no. It is more about the fact I only remember the stellar cast, the ending that I didn’t care for that much, and that was it. Therefore, I thought Death on the Nile might be similar enough for me. To my surprise, I’ve enjoyed myself, and I still don’t know why.

First things first – we need to acknowledge that the CGI is terrible, especially at the beginning of this film; it looks rough. Everything (well, mainly the scenes in Egypt) looked too polished to be realistic. But from the moment all our main characters got on the boat, and the ‘A’ story kicked in, I had fun with this film. Kenneth Branagh seems more than in the previous film to be stretching his director’s muscles and framing certain shots in a very intriguing way. And after a while, I don’t know whether I got used to the CGI or whether it got slightly better; I didn’t mind it as much.

The one thing I liked about this film, it tried to give Hercule Poirot more backstory. Now, I understand that might be a bone of contention if you are a fan of the books or the old TV show with David Suchet, as I was watching this movie with my girlfriend, who (unlike me) is a massive fan of the old TV show and didn’t like how they were going about his character. I found that interesting since I had no previous notions about that character; I thought and liked they flashed him out a bit more. Plus, I would argue this is a new retelling of Poirot, so why not make him slightly different from his previous reiteration?

Let’s talk about the casting. And wow… almost every main star has been in some hot water lately. You can pick your poison and see whether you want to focus on Letitia Wright and her stance on vaccines, Armie Hammer and his… taste for blood (among other things) or Gal Gadot and her views on Israel/Palestine. Oh boy… or, and hear me out here, we can try to put all these aside just for a second and focus only on their performances…? Because to me, that sounds simpler than trying to establish who stands where and whether they are right or wrong. I thought the cast, for the most part, worked.

I would argue the highlight of this film was Emma Mackey alongside Sophie Okonedo, who were both amazing. Gal Gadot, when she wasn’t being her sexy self, was serviceable. Armie, I thought, was a bit off at times; Letitia did pretty great with what she had available. I also need to mention Annette Bening, who might have been the funniest character in this film. And as I’ve alluded to before, Kenneth Branagh, as Hercule himself, seemed much more comfortable in this character. He portrayed Hercule with some flaws that made the character human, and that was a decision I appreciated, even though I understand not everybody will be on board with that.

The mystery at the heart of this story was pretty straightforward. I actually guessed it all when it started. I am not even joking when I say I knew what happened and who was behind it; from the moment the murder occurred. Surprisingly, it didn’t take anything away from this film or my enjoyment of it because I liked the journey Death on the Nile took me on. And I can’t help but think it’s due to Kenneth’s directing I was entertained enough even if I knew how this would play out. Or maybe I was just in an extraordinarily great mood the evening I watched this film? Also, my weakness for Egypt and movies set in there might have something to do with the fact I have enjoyed myself more than I thought.

I remember thinking to myself after the Murder on the Orient Express that these films might not be for me, despite the impressive cast. But Death on the Nile made me appreciate this detective much more, and if Kenneth would get the chance to give us at least one more film, where he would again be the main star and behind the camera (maybe with less CGI this time), I would be on board. Well, not literally on board because that’s where people get murdered, but you get me. 😉

Overall, Death on the Nile is a film I would mildly recommend. Is it something that will rock your world? No, probably not. Is the movie perfect? Again, no, the CGI was awful, mainly in the first half of this movie. And yet, because of this vast cast of talented (yet somehow troublesome) individuals, the story setting and Kenneth’s directing takes this film slightly higher than I thought it would go. I went into this movie expecting a decent enough murder mystery. But I got more than that, and I left the film in a mostly good mood, even if the film wasn’t 100% perfect. I didn’t think I would say something like this, but I would like to see where Kenneth would take this character next.