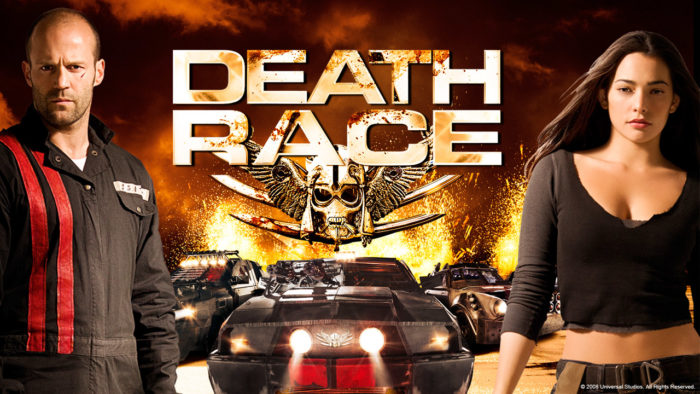 Before getting into this review properly, I need to start with a bit of a story from my life, that should shed some light on why this movie (despite all its flaws) is one of my favourite action movies of the late 2000’s.

When I was in high school, I was pretty decent student, but math wasn’t my favourite subject in the world, to put it mildly. And there was a real chance that I’d fail my math class in my first half of the school year (in the Czech Republic, high school works in a way that you’d get 2 result cards, one at the end of January and one at the end of June, and if you fail one subject both times, you need to repeat the entire year) so you can imagine it was fairly stressful time for me. So I’ve stayed up and studied for this really important test, and the night before, couldn’t even sleep for the most of the night, that’s how nervous/terrified I was. After the test was done, we’ve had a decently “off” day, as Xmas was approaching, so we didn’t really do much rest of the day, as the other subjects were already finished for that half a year, so we’d watch movies in school. And somebody brought this one.

I remember thinking, even though I have loved movies even back then, then I’ll just try to take a nap, as after the test, the nervousness finally disappeared and the restless night caught up with me. But the moment this movie started, it pulled me in and pumped my veins full of adrenaline, that lasted to the very end of it. I’ve felt like I’ve just had 6 coffees poured straight into my veins and the rest of the day I’ve actually felt amazing. Because that’s what this movie is.

Death Race should be judged by what it is trying to be – an adrenaline ride, that doesn’t take itself seriously at all, with some pretty great actions sequences, where the destruction of a particular large vehicle is just breathtaking, especially the first time I’ve watched it. That was my very first experience with this movie and even though it might sound weird, in relation to this movie, this is why I love movies. They have the power to take you and transport you some place else, give you the spark you might need. I don’t think I had a similar situation happen to me prior, or since that time, definitely not to that extent.

Couple of days ago, I’ve decided to re-watch this, as I haven’t seen it in about 10 years, and I still had a blast. It wasn’t anywhere near as “meaningful” of an experience as it was to me that one December day, but I still had fun with this movie, as I really respect when film don’t pretend to be something they are not. Death Race knows this movie is not an Oscar winning drama, or some sort of high art. It knows this movie is just a pure, simple “dumb” (in the best possible sense of that word) fun, that if you let it, it will entertain you too. Plus, where else you’ll see 3-times Oscar nominee Joan Allen go up against Jason Statham? Exactly, that’s what I thought 😉

Realistically, I could see this movie is not that great, but honestly…? I can’t judge this film harshly, if only because of that one day, it helped me get through something that wasn’t easy and sometimes that’s all it takes.