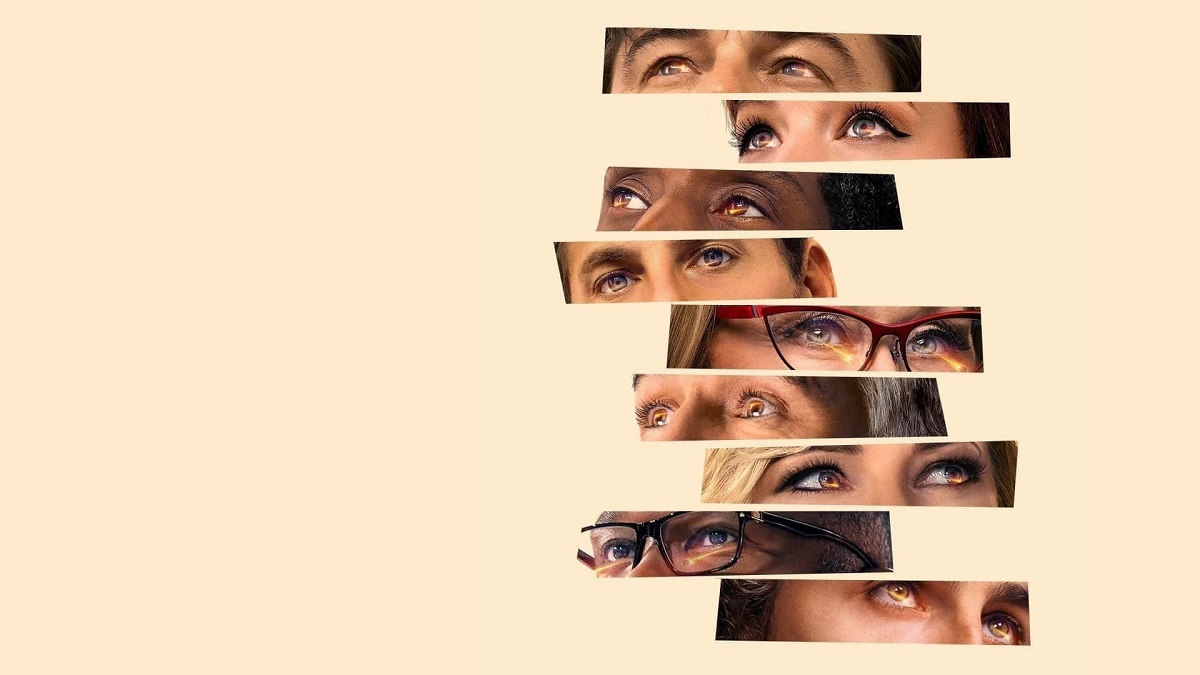 Oh boy… Where to start with this one. Don’t Look Up is one of the most talked-about films of last year for many reasons. Everything from the star-studded cast (I knew about the main players, but seeing names like Ariana Grande or Timothée Chalamet pop up in the opening credits surprised me) to the story and mainly how the film goes about telling the story… It will be hard to write anything new or anything altogether that won’t come off as too pretentious. Because if we learned anything from the last couple of years, literally anything can be politicised and therefore weaponised. And that is, at its core, what this film is about. Does it go about it subtlety? No, but have you “looked up” over the past couple of years? Because unfortunately (and this doesn’t apply to the USA only), there is a lack of subtlety. One side shouts, and the other side feels it needs to shout even louder. Rinse, wash, repeat.

One could say they don’t like how Adam McKay (the director and screenwriter) sees the world around him, that he might be too “glib”, “liberal”, or going for the cheap shots. But I don’t think that’s fair. Sure, you can clearly tell from this film (and Vice (2018) he did a couple of years ago too) where he stands, but especially in Don’t Look Up, he’s taking some jabs at everybody, from liberals to Hollywood and the pretentiousness of it all. I’ve heard some people say that his style lacks any subtlety. Does it? Or does he merely shows us (albeit via a crooked mirror) how silly/dumb we all look nowadays when we are so ready to disregard/shout at somebody just because their opinion is different from our one? The “party” politics, where some people can’t acknowledge a good point from somebody else purely because that somebody else “is from the other party”, therefore an enemy?

Don’t Look Up knows very well what it’s going for, and it’s not afraid to go places. But I think the film came out too soon. And I enjoyed it, but even I was struggling because we still live in this “post-truth” world, so you can’t laugh at some of these jokes, as they hit too close to home at times. Imagine making a movie about Titanic two years after it sank. Way too soon. Also, even though I liked the film, I will say it shouldn’t be as long as it is. You could easily cut it down by around 20 minutes, and the movie would have flown better.

What I liked about this movie, and I didn’t see this angle discussed nearly as often as the political one, was how this film portrayed our media consumption. Everything from social media to the news media, how we consume it and how we get over it (whatever that “it” is) in about a minute. We live in such an avalanche of information (and more often than not, bullshit information) coming at us at all times; it’s hard escaping it. This movie managed to emulate it brilliantly, always throwing a lot of things your way, and it’s up to you how much you like it or not. But what happens if you don’t like it? Well, you switch off this film, put a different movie on, while scrolling on your phone, looking for that fleeting something that triggers the brief dose of endorphins, satisfying your poor attention span just for a second or two longer, before moving on to something else entirely.

See, this is what I was talking about earlier. I am re-reading what I wrote, and I understand that comes off pretentiously like somehow I am not the same. Trust me, I am. I am as guilty of many of those things as your next person. Although, I would like to think that I can admit it to myself. And I have seen some people getting heated about this film, and it made me wonder whether it proves the point the film is trying to make? Whether it hit some nerve and that “knee-jerk” reaction kicks in, to blame everything/everybody around you except yourself.

Ok, back to the movie. I liked the performances, mainly our titular duo Leonardo DiCaprio and Jennifer Lawrence. I thought they both were believable enough, as their characters start with their best intentions. But Leo loses his way in the middle, and Jennifer is so passionate, and straight-talking people often dismiss her. Who I think deserves a special mention, and probably the only person I was surprised that he wasn’t nominated for an Oscar, was Mark Rylance. His mix of “what if Tim Cook and Mark Zuckerberg had a baby” character was possibly the most subtle of performances. He also had that “awkward techy guy, who knows he’s smarter than most people in any given room” mannerisms down to a T. I have enjoyed him the most.

It will be interesting to see how well will this film age over the years. Because that is another unique point about it – I don’t think it’s trying to say that this attitude (two sides that are mad at each other all the time) is here to stay forever. I think once some time passes and we (hopefully) have moved past this “if you are not with me, you are against me” thinking, we will take a look back at this movie as a painful reminder. At least, that is my hope, that Don’t Look Up becomes funnier as it ages, as this shouty, party-first attitude has gone now, especially from the highest political places. We need to hope for this and VOTE for this to change.

Overall, Don’t Look Up is a fascinating movie. You either know Adam McKay and know what to expect or not and then you are in for a hell of a surprise. It’s hard to talk about just the movie without addressing the major culprit of why we have to talk about politics like this (for lack of a better term, in this “fake news” way). And of course, while talking about politics, we can all become a bit defensive of our side (the right side! Because I believe it, I must be right!) and not as respectful of the other side. Would I recommend this film? It depends how much you are into politics and, more importantly, how much you want to be reminded of what has (somewhat) now become our daily lives. I didn’t think this was a comedy. And that might be the saddest thing of all. Imagine, had this movie come out about 10/15 years ago, we would have never believed our “civilised” society could become “this”. You can put any adjective you wish to replace “this”.