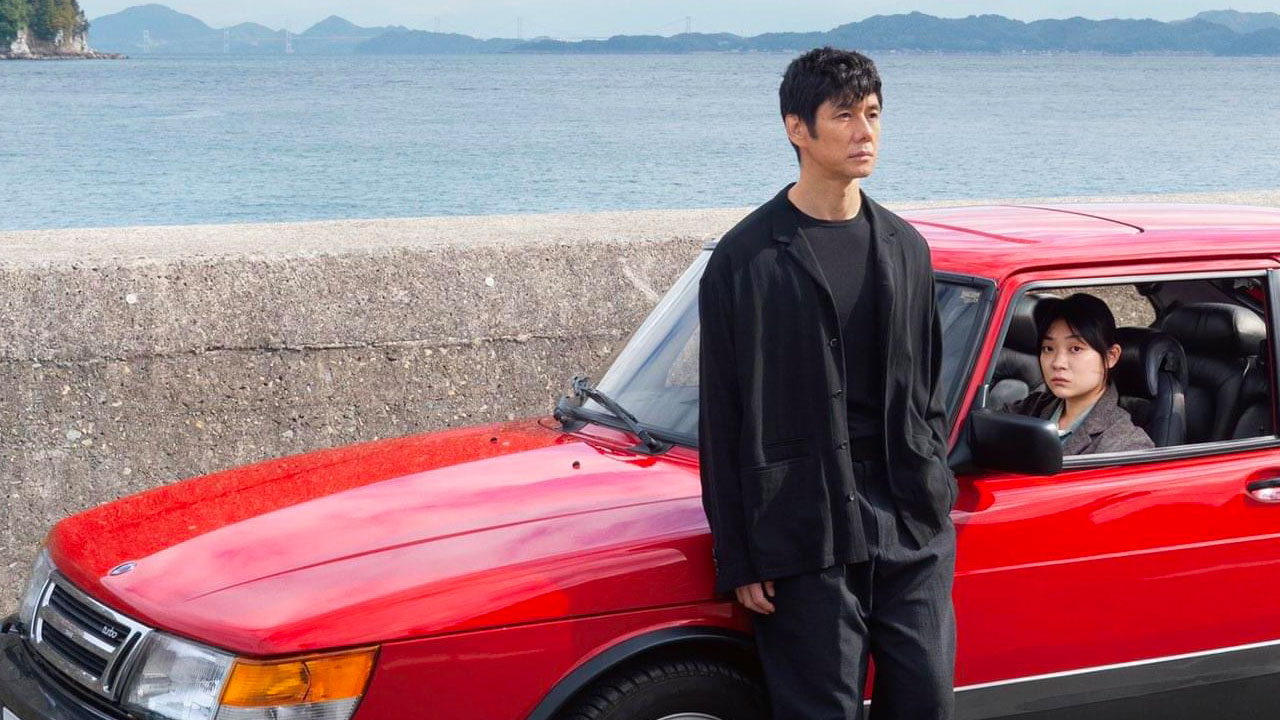 Drive My Car is certainly one of those minimalistic films that are not for the general audience. I know this makes it seem almost snobby, but I don’t think a three-hour movie about a guy dealing with the loss of his wife through his work and that work mirroring what he is going through is for everybody. Yet, when it hits you, and if you are one of those people this film is “for”, you will probably adore it because it is rare for a movie to be this quiet and slow and somehow not boring. Also, this film is so sure of itself and what it wants to say; it is genuinely impressive.

Before going in, I knew two things about Drive My Car – it’s three hours long, and it is a film about a man who lost his wife and is dealing with that loss. And I think that’s the perfect amount of information as there is much more to that loss but telling you that would be almost spoiling it. So I won’t, as that’s one of the aspects that grabbed me instantly, seeing their relationship and how complex it was, with so much history between those two characters. And that’s important because this movie lives, and dies, on whether you can see both of them for what they were/are and not just for what they might have done. I can tell this is cryptic as fuck, but hopefully, you get the basic gist of the situation.

What I wasn’t ready for and what I will discuss here (because I don’t think this spoils anything) was how he deals with the tragedy of losing his wife through his work. Our main character is a stage (theatre) actor (brilliantly portrayed by Hidetoshi Nishijima) who is one of the best in his field. And the play he is most known for deals with similar themes/topics he is going through. I loved that aspect because it never seemed too in your face. It was something inserted into this film very much purposefully (as this film is based on a short story “Men Without Women” where there was no play), yet it never felt forced or disruptive. On the contrary, it enhanced the story and opened Hidetoshi’s character much more to us.

Before delving more into this film, I need to discuss a different movie – The Karamazov Brothers (2008). One of my all-time favourite films that did this whole “theatre play happening while people, who are going through tough times reflect about life” aspect, and it did it brilliantly. I wish this film were more available with English subtitles because it’s a unique film. Czech actors come to do a play within a factory where workers continue to, you know, work. And all is nice and well until one of the workers’ young kids has an accident and is fighting for his life in hospital. So the worker is shaken up and is watching The Karamazov Brothers. A play about God, death, and everything in between. Honestly, if you ever get the chance to watch it, do yourself a favour and go for it. Dare I say not only did this film do it before Drive My Car but also did it a bit more impactfully? It is a shame that the Academy is finally waking up to foreign movies where they get more recognition, as this movie was shortlisted for a nomination but didn’t make it.

Back to Drive My Car. If you know what the play Uncle Vanya is about, you might pick up on what this movie’s theme will be. And if you don’t know, that’s even better because that means you can let the film take you on the road (both literal and emotional) with our characters. One aspect of that road I appreciated with this play having such an impact on the overall story was that it was multilingual. Not only the actors were from different places (Japan, Korea…) and talked in different languages, but they also had a deaf actress who had to “sell” one of the most pivotal scenes in the play, and therefore a movie, and she nails it. In the meantime, there is a big screen above the stage with several different subtitles for everybody to read. I loved this inclusivity aspect. When looking back at 2021, it’s been a pretty great year for deaf representation in Oscar-nominated (and Oscar-winning movies) between Drive My Car and CODA (2021, my review here), and I love to see that.

But the question is, would I recommend Drive My Car to everyone? Honestly, no. And hear me out here. This film is one of those “you must feel it to understand it” movies. It is a three-hour-long journey of one man’s life that gets examined through his work. It is also about life, death, regret, bitterness, forgiveness… it packs a lot. But it only works if you let yourself be in the story as long as you allow this film “in” and slow down with it. We live in a rushed, fast environment, where everything gets shorter, so many people’s attention span is poor to non-existent. I have to step off my pedestal for a second as I am no exception and found myself at times reaching for my phone while watching films – something I hate to do. I always try to pause any movie; if I get a message, a random thought or anything like that. And I understand films like Drive My Car can be challenging as for many these checks all the boxes why they wouldn’t watch it:

All of these above are true. But if you can get over that and want to slow down in your busy life and let this film take you on a journey that truly feels unique, I believe you will be rewarded by choosing to watch this film.

Overall, Drive My Car is a silent killer. It is one of those films that sneak up on you; it pulls you in slowly, and without you realising it, you get hooked. It feels corny to write: “it’s about life, man!” but it honestly is. It tells a straightforward story about one couple who never had that last, important talk, about one play that somehow mirrors everything happening in our protagonist’s life perfectly, and one Saab we spend a lot of time in. I would cautiously recommend this movie to everybody looking for a great, quiet drama.