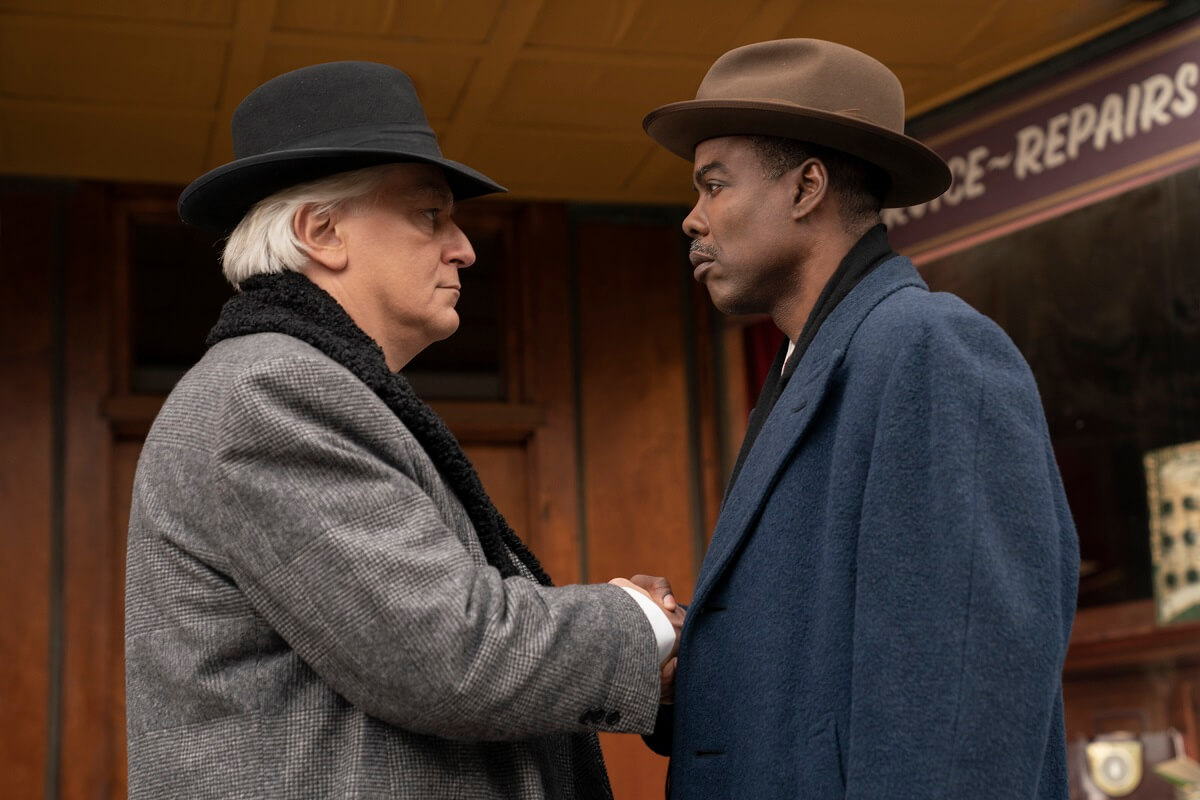 Let me get something straight right from the very beginning – the season 4 of this show wasn’t bad by any means. It just didn’t live up to the almost a standard by this point, where the TV shows (quality wise) are so up there, something like this beautifully shot and well told story could still feel like something was missing. Especially compared to the previous three seasons of this show, it’s by far “the worst” season. But here’s the thing – Fargo‘s “worst” seasons is still one of the better things you will see.

I remember being really excited about this season coming out, liked the casting, and the first two episodes were brilliant. But after the third episode, it took me a while to get back into it. Which isn’t usually me, I try to watch something as soon as it is out, but with Fargo, something wasn’t clicking. But eventually, I got around to finishing the entire 4th season and… Yeah. It felt “too epic” where it wasn’t supposed to be, if that makes sense. If not, let me explain…

I still remember the big “wow” the first season caused, as most people didn’t really expect a TV show based on almost 20 years old movie (back then) being any good, let alone excellent! And sure, part of it was great casting (but let’s be honest, every season of this show, including this one, is brilliantly casted) but a big part of it was the fact the creator Noah Hawley managed to capture the “magic” of the movie Fargo (1996) – he managed to make a “little story” feel like something extraordinary, like some sort of epic. And that’s kind of the “formula” – it’s always fairly straight forward, down to earth story (with some mystical elements) that because of the way it’s told, feels pretty important.

The fourth season felt to me like they did it (for the first time) the other way around. Like the writers decided “Hey, let’s mix up the formula, let’s tell an EPIC story in EPIC way”. And just loaded the season full of characters, who seem to have a big part (mainly Jessie Buckley as Oraetta and Emyri Crutchfield as Ethelrida) at first, just for especially these two, turning into almost an afterthought. And yeah, I know they both have a tiny part to play in the story overall, I just wanted more of those two characters especially. Because everything around them seemed… a bit boring. We have seen everything else before done prior (movies or TV shows) and much better. And that brings me to this confusing part of my review, where I need to acknowledge that although I was bored for parts of this show, I was also mesmerized by the camera work (maybe it’s fair to say it was the most beautiful boredom I’ve seen?) and most of the performances were also great, so there is that. But I can’t help but to compare to previous seasons, where I would not even think of reaching for my phone, because I was entertained that much. With this season, I was checking my phone, the time, and wondered why am I not into this?

Because I need to repeat this again, the pedigree is here. The above mentioned actresses were great, Chris Rock was outstanding, everybody else from Jason Schwartzman to Ben Whishaw did really great job, the camera work was on another level all together and the beginning and (kind of) the end worked well for me. When I say “kind of” when comes to the ending, that’s another thing – you can tell EXACTLY where this is going. And I mean exactly, who dies, who survives, what happens. The final episode didn’t feel that epic, it almost felt like “well, I guess we need to close it somehow, so we are just going to do everything everybody’s expecting anyway”. And if you think I am being mean, the last episode is only 39 minutes! Usually with last episodes of shows such as Fargo, they are at least an hour, sometimes even longer, because they have so much to resolve, so much to tell. Here, it almost feels like everybody wanted to get home, so somebody said “let’s just do this quickly and get the fuck out of here”.

You know the saying “in the country of the blind, the one-eyed man is king“? You could use it to describe this season perfectly, except for the fact this season is the one-eyed man who is (unfortunately) in the country of people with both eyes functioning. Yeah, not as catchy and it is definitely the “underdog”, as without the doubt, this is the weakest season of this otherwise great TV show. It will be interesting to see, whether there will be a fifth season, what it would be about and most importantly, where would it rank in between the existing seasons. I am hoping this season was just a hiccup, even though it might be the most stunning and well done hiccup in the history of TV.