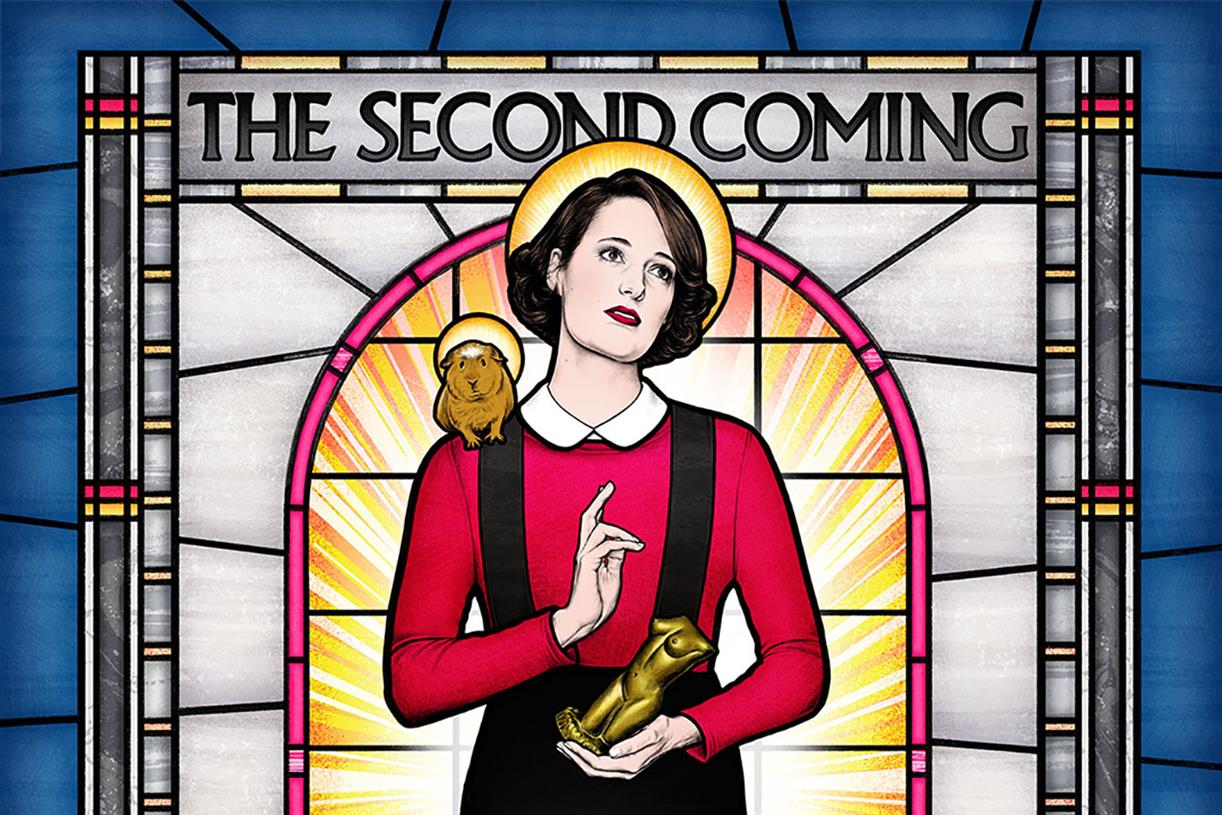 To be fair, I don’t think the comparison with Sex and the City (1998 – 2004) is fair, because Fleabag is actually a really good TV show, that does the whole “women can fuck anybody they want” thing much better. And I honestly believe the only reason it’s doing it way better than the already mentioned Sex and the City is Phoebe Waller-Bridge. Not only her acting performance, that is brilliant by the way, but mainly her witty writing. But not just dialogue wise, but the clever use of breaking the fourth wall and talking to us right after she says something to somebody else in the TV show, is a stroke of genius.

Yeah, I know breaking the fourth wall has been done before, I am aware of it. And for example, House of Cards (2013 – 2018) did something similar with character breaking the fourth wall, but I think Phoebe perfected it. Why I really enjoyed this TV show is because of how there these tiny moments, where we hear something said in the TV show, just for her to tell us something else literally one second later, usually the exact opposite of what we’ve just heard. Simply genius.

Fleabag as a show is really simple and quick binge, where you can’t help but watch it as soon as possible, as all the characters are fascinating in their own way – from the main ones (huge props to Sian Clifford, who is playing Phoebe’s sister and Olivia Colman who is amazing as the “maybe evil” Godmother) to those who are there less often (Hugh Skinner as Harry or Ben Aldridge as “Arsehole Guy”, as he’s credited in the show and IMDb as well). But the main praise needs to go to the amazing Phoebe Waller-Bridge. She simply shines in her role and she’s got such a unique look to her, I immediately fell for her, and I would imagine I am not the first one, not by a long shot. Her performance and writing is just so amazing, I really need to watch another show she has created, Killing Eve (2018 -). I have already heard a lot about it too, but until now, didn’t know Phoebe was behind it, so was a bit down on my to watch TV shows (that currently has about 100 different TV shows). Knowing she is behind it, Killing Eve just jumped good 95 shows in that queue.

What this show also does well, is knowing when to finish and, more importantly, how to finish. Because there are only 12 episodes (and I believe that’s it, I don’t think third season would make much sense) the show almost feels like it has no space to stumble. It sets itself with a really high bar and it never dips below that, which is rare. Only tiny negative think I can think of, is I would love to know why only one person (I won’t spoil who) can see when Fleabag breaks the fourth wall, as it’s never explained. I have my theory as to why only that person can see it while others can’t, but it’d be nice to get something “definitive”. For example, the ending to this show was great, as even though it might seem “open-ended”, when you think about why the things that happen are happening, it’s almost crystal clear. That is why I hope this will be it for Fleabag, even though I would love nothing more than going back to that world, as that ending was perfect. But something tells me, I will re-watch this show.

Overall, Fleabag shows us how to make a “dramady” really, really well. Part of it is the great cast of talented British actors, but the biggest chunk of that success is Phoebe and her uniqueness, that shines through this, in a really good way. I hope she will write more and more original stuff, because she is definitely somebody to watch out for, and someone I will definitely follow more closely (not in a creepy way). Like her name attached to variety of different projects really makes me watch them where I wouldn’t have consider it prior. Example? There will be a TV show version of Mr. & Mrs. Smith (coming 2022). If you were to ask me a week ago, whether I would watch it, my answer would be “probably not”. But knowing now Phoebe Waller-Bridge is writing and (looks like) starring in it alongside Donald Glover (who is also writing it), the answer is “hell yes!” And I think that tells you everything you need to know.