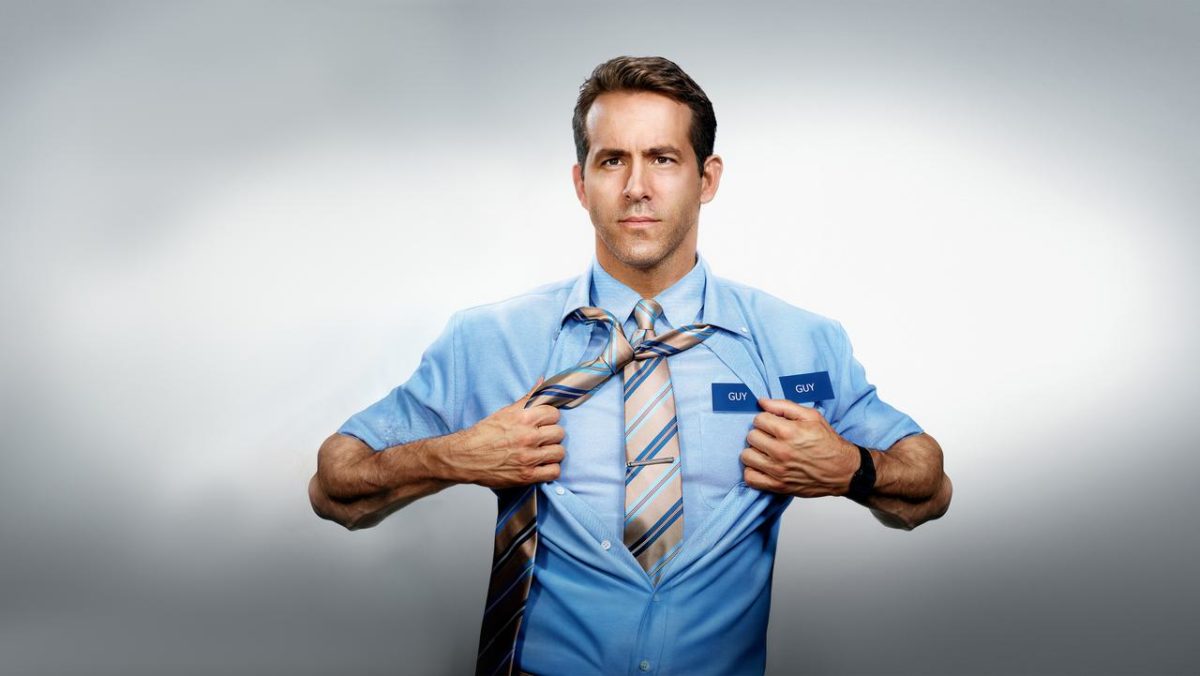 If you are like me and follow Ryan Reynolds on Twitter (if not, you definitely should, as he’s funny, charismatic and overall does seem like a good guy), you would have seen the massive push, him promoting this film. And honestly, if it wasn’t for that, I wouldn’t have probably gone to the cinemas (the first time since the pandemic started!) and watched it alongside my girlfriend. Which would have been a shame, as we both liked the film, she even loved it. But that might have something to do with the overall sex appeal of Ryan. And who can blame her?

Free Guy is a film that 100% (strangely) benefited from the COVID-19 pandemic. Let me explain. This movie was supposed to get released in July 2020, but we all know why it got pushed back. So the filmmakers waited and put it in the cinemas now when it’s reasonably safe. And by that, they scratched something I call “the pandemic itch”. Don’t get me wrong this is by far the best video game based movie (even though is it fair to call it that? Will discuss it later.), so I think it would have been received well, but… I don’t think it would have been received nearly as well as it is being received now if it wasn’t for the pandemic. Why? Because people (myself included) are looking now more than ever for something light, funny, to brighten their day, to lift their spirit. And Free Guy is that. It’s a colourful, funny action-comedy that knows what it is, avoids most of the genre pitfalls well, and most importantly, it never gets boring.

This film also struck gold with casting. From the leading roles to the tens of cameo roles, some more expected than others. I won’t spoil any of those, as I’ve had some spoilt for me and let’s say if you don’t know, who might appear in this film, you are in for a treat. But let’s discuss our main stars. Let’s start with the aforementioned Ryan Reynolds. I appreciated this wasn’t a “Ryan Reynolds type” of a character. He always seems to be down to make fun of himself, and his Guy is a funny character who isn’t trying to be funny. I liked his performance. Jodie Comer was a newcomer for me, who gently reminded me that I have to watch Killing Eve (2018 – 2022) because she was great in this film. I loved that I can’t compare her to any other character from either film or a TV show. She plays a perfect mix of fun, clever and overall well-rounded character with a clear goal. To claim, what is hers. Who surprised me was Joe Keery, as I only know him from Stranger Things (2016 – 2022), where he is great. But as we know, just because you are great in one role in a TV show, that automatically does not translate to a movie. But he was fun to watch. I understood his character, his motivations, everything he did. I honestly hope we get to see more of him. Who kind of let me down, just a tiny bit (and is my only “complain” about the film) Taika Waititi. Listen, I love his work. I like the fact, he makes weird, over the top choices, and I understand what he and the director were going for in this film – I honestly do. But for me, his performance could have been toned down by good a 30% at least, as he was too obnoxious. Again, I understand that was the point of his character, but I think some of his jokes would have landed better if he wasn’t over the top from the very start.

As mentioned prior, after some thinking, I genuinely think this might be the best film based on video games. But as you can see, I wrote “video games” – hence my question. Does this count? Because other movies, based on video games (like the Resident Evil franchise, Silent Hill movies, even the coke and alcohol fest that is Super Mario Bros (1993, my review here)), all are based on one game or franchise of those games. Unlike Free Guy, which succeeded by playing it smart – borrowing the best elements across the spectrum. The biggest inspiration is Fortnite, but you can easily find GTA elements here, a few MMORPG game hints, and some nodes to classics like Half-Life, Portal etc. So this raises the question – since this film is “borrowing” from a plethora of games, is it any wonder it might be the best? Is it fair to say this did a better job than Silent Hill (2006)? A movie, btw, I consider being pretty much the best video game adaptation, as it came quite close to capturing the spirit of the game? Because if you think about it, by borrowing elements from a variety of games, you are not restricted by anything but your own mind/fantasy, whereas Silent Hill had to be contained. And this is a genuine question, as I don’t know myself. This question is not any “gotcha” towards Free Guy as what they have done was clever, and they executed it well.

Maybe this is the more important point – no matter how many elements the people behind this film might have borrowed, it wouldn’t have mattered if the movie wasn’t good. But this film is good. I honestly think the main reason for that, I believe (I don’t know whether I am right or not) that the people behind this are gamers. I used to be a massive gamer (both in the literal and not so literal sense). Nowadays, I don’t play as much, but I still got the references, but what’s more important, this will be one of those films that reward multiple viewings. Forget about the “obvious references” or even the story for a second. This film is jam-packed with literally hundreds of easter eggs in the background or the corner of the screen. I honestly think I can re-watch it five times, and each time, I will find something else I have missed before. I love movies like this.

What I also need to address is how they went about with the main story. They could have simply told the lazy “just a bit of magic/love, that is why we have an NPC, who broke his programming and acts like a player, all of a sudden” story, but no. The movie has a satisfactory explanation for why it happened that made sense and served the story in the real world. I was pleased that they did something different.

Overall, Free Guy is a “bubble-gum ice cream” equivalent of a movie. As in, right now, we live in a weird world. So, when a film like this comes around, which wouldn’t usually connect with you as much, it suddenly does. The same goes for “bubble-gum ice cream” – it’s not a flavour I would ever have/order. It’s too colourful, it can feel like it’s just for kids, and it can be too sweet. But then you get it, after a long time, and you are surprised. It’s still way too colourful and sweet, no question about that, but at the same time, it hits the spot. For whatever reason, it just does. Take my girlfriend, for example – she isn’t and never was a gamer. So she didn’t get most of the references. But she still enjoyed this film. And I used to be a hardcore gamer who has turned into a softcore gamer (phrasing!), and I still enjoyed this film. And who knows? Maybe on a second viewing, I might be down even with Taika’s acting. If Free Guy is playing in the cinema close to you and you feel safe going out, I would strongly recommend it. Even if it might seem from the trailers, it’s not your type of movie, go out and give it a try. It might surprise you.