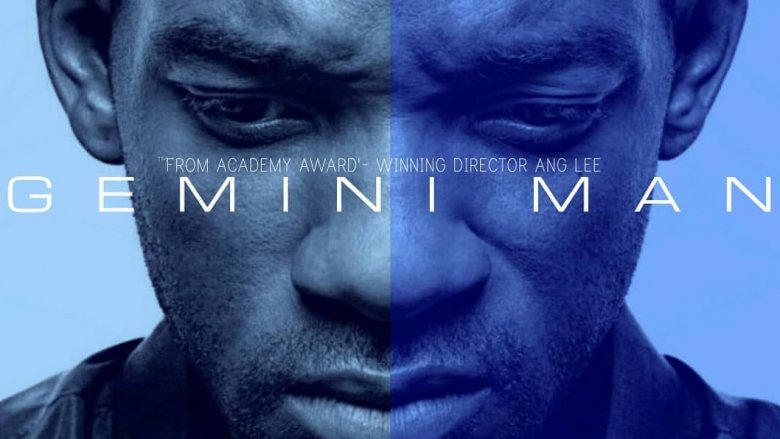 Gemini Man is a fascinating movie. On one hand, I wasn’t bored watching the action scenes, I thought most of them were actually solid, I thought most of the CGI was pretty great (definitely not the final scene though, which I will talk about later) and I do like both Will Smith and Mary Elizabeth Winstead, so what’s not love, right? Well, right after I’ve finished the movie, I wasn’t sure about my rating, so I’ve waited a few days and discovered, that there is no standout, as now, only couple of days later, I only remember fragments of the movie, but there is no one scene, or sequence that’d stuck with me.

According to IMDb’s trivia, this movie has been in development since the 90’s and it shows, as the story definitely feels like a stereotypical 90’s action/drama, where there is one man, who’s THE BEST at what he does, until somebody wants to kill him (no less than government’s officials) so he goes on the run with a woman, who was supposed to spy on him, but since he is THE BEST, he immediately knows she’s agent… but this time, the twist is… clones. And that’s no spoiler, as the official trailer pretty much spoiled it for everyone. Still don’t understand the logic behind that, but I guess if you advertise the fact Gemini Man has twice the Will Smith any other Will Smith movie ever, you make twice the money…? Well, that didn’t work…

There are two major things that I had issues with – the story and the CGI. Let’s break it down, shall we?

The story is really, really basic. What I mean by that is, if you ever seen an action movie from past 30 years or so, you will not be surprised by literally anything that happens in this movie. This movie might have been in development for the last 30 years or so, but the script was written in 90’s and than nobody touched it since, just pile of papers, collecting dust, while the CGI got better. The script feels unoriginal and predictable, which makes it boring. And just the action scenes will not save your otherwise boring movie… I mean, they potentially could, but then your action scenes would have to compare to movies like The Raid (2011) or John Wick (2014) to even stand a chance, as these two franchises are perfect examples of what really great action scenes can do for a really simple story, but this movie ain’t it.

Let’s talk about the CGI… I don’t know if it’s just me, but it seemed the longer the movie got, the worse the CGI was. When the clone first showed up, I thought it looked a bit “rubbery” but it was still pretty great job. But then it seemed like the movie was running out of money, time or both, so the further in the story we’ve gotten, the poorer the clone looked like, and then the very last scene happened, which was… funny, yet disturbing and a bit embarrassing at the same time…? I mean honestly, I don’t know whether they had to do the CGI for the last scene 1 day before releasing the movie into the cinemas or something like that, but holy shit, that was… something. It’s almost like having a decent dessert, where when you start eating, you think to yourself “alright, it’s not the best dessert of my life, but it’s decent” but the more you have, the weirder it gets, only for you to discover at the very end it was actually a piece of fake plastic, that somehow managed to trick you. And then you feel strange, and tricked and full of… well, plastic.

That’s what Gemini Man is in a nutshell – a strange, weird dessert, whose last 5 minutes sink the entire selling point of this movie – the CGI. It’s so distressingly bad, I am honestly still not over it. I was thinking about posting a picture below, but then I thought to myself, no, I should not do that. I don’t want to take this “surprise” from anybody who might consider watching this movie for the first time. I want them to be as shocked as I was/still am. And isn’t this what being a movie fan is all about? We should all suffer I mean share things together. 😉