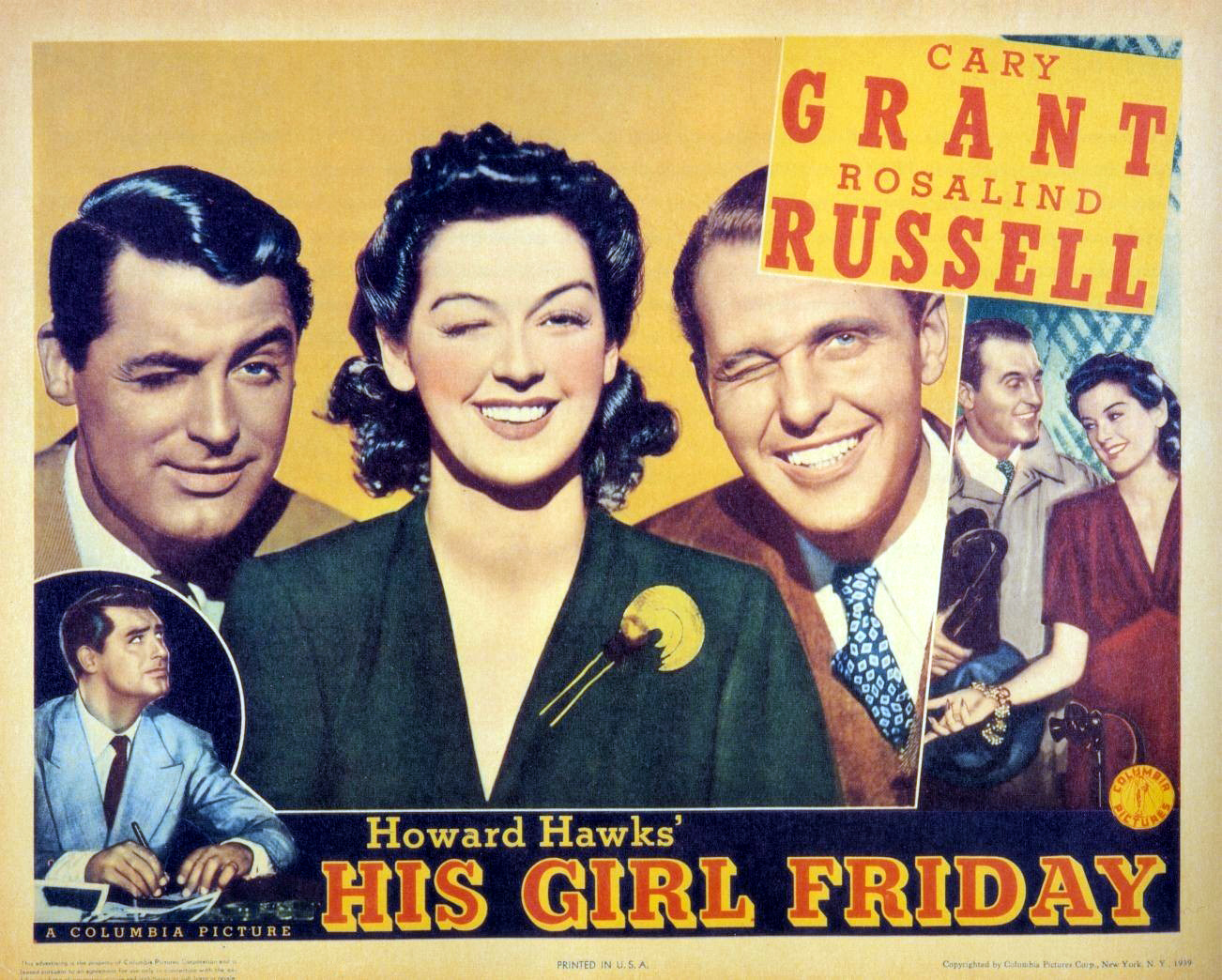 His Girl Friday is yet another classic, that’s been escaping me for quite some time, but finally, I’ve managed to catch it, watch it and digest it and establish why I like it.

Just the sheer amount of movies that “borrowed” something from this film, or that copied one or more characters, would probably ended up being a longer list than all the intellectual properties Disney now owns (the thing is, nobody really knows, as we, as a society, just stopped counting at this point. My strategy is, if it exists, it either is owned by Disney, or it will be in about 5/10 years), so that’s impressive as it is. But on top of it, His Girl Friday is actually entertaining and funny movie… well at least after 20/30 minutes.

I don’t know why, but I had hard time “getting” into this movie. I am not sure whether it was the quality I’ve seen (there was a version on Amazon Prime, that wasn’t remastered or touched in any way, not that would need that, but it might influence the way you feel about a movie or a TV show if the quality is not that great) or something else, but it took me a while to get used these characters and the surprisingly swift (and I don’t mean Taylor) tempo of this movie. But once I got in, then I started to understand why this movie is classic, but somehow sneaky classic…?

Don’t get me wrong, I know movie fans who would mention this movie every once in a while, but it’s not really in the same discussion as Casablanca (1942) or Gone with the Wind (1939), where this film not only broke some barriers (I would imagine there were not that many movies from 1940 or prior about a woman, who’s clearly better in everything than the men around her) but also established that you can actually have actors talk the way people do in the real life, over each other and really, really fast. And not only to see, but embrace the chaos, that comes with that. It’s easy not being impressed today by this movie (as much) anymore, but His Girl Friday did everything we are used to now, and did it back in 1940, 80 years ago, and counting! That is why I believe it should be part of the conversation, about movies, that transcended the medium by influencing thousands that came after it.

His Girl Friday is that kind of a film, that even though it doesn’t get the “full” marks today, I fully admit I probably need to re-watch it at some point, and to be honest, it doesn’t bother me at all. Actually, I am looking forward to it. And here’s why. My idea of what’s good, bad, or in between changes as everyone’s, as we see more, grow, learn new things on daily basis. I might have not fully appreciated this movie a few days ago when I’ve seen it for the very time, but there was something about it, that forces me to write, that I’m not done with it. And in a couple of years, when I know more, I will re-watch it and I’m almost positive I’ll like it even better, and I (probably) will even like the first 20/30 minutes of this, which is the only reason my rating is slightly lower today.

As more and more movies are being released almost daily now, I tend not to re-watch plenty of things, as I tend to feel guilty for not discovering new, great movies, that I have in all my watch-lists over several of streaming services. But I have couple of movies I’ve already watched on a special “list”. That list is for films, I need to give another chance to, as I might have watched them in a weird period of my life, or I was in a bad mood, or if I just felt like the person I am today, can’t fully appreciate them, for whatever reason. This movie definitely goes to that list.