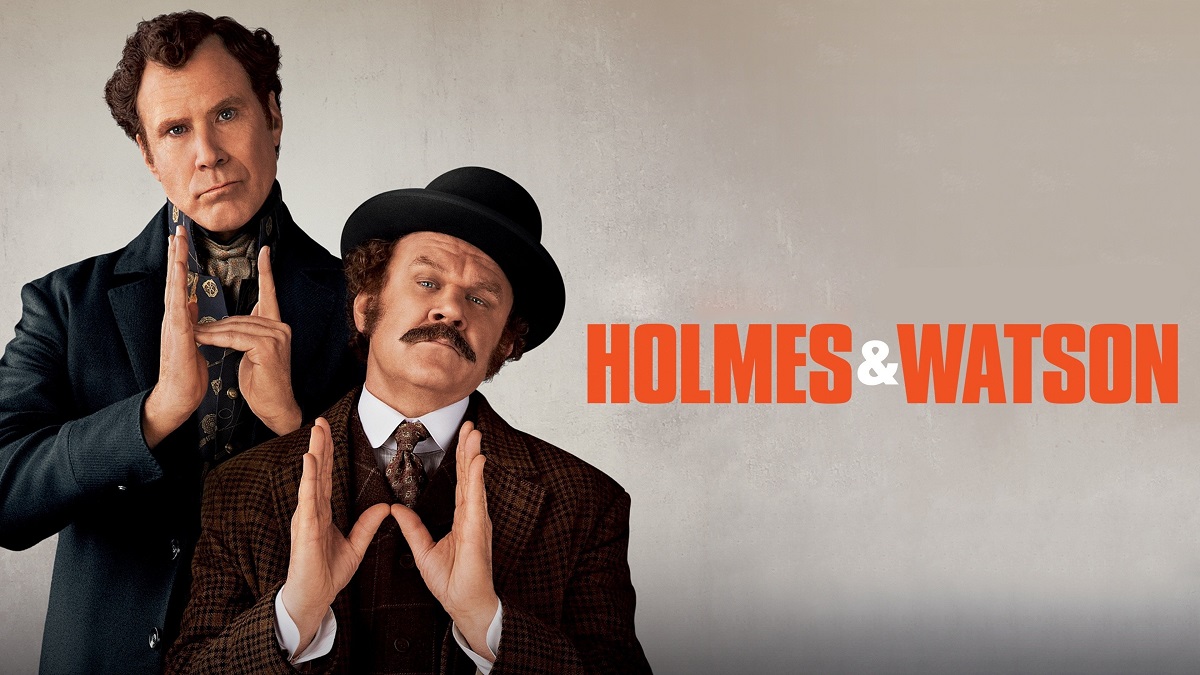 It’s been a while since a movie came out that was so universally panned and hated as Holmes & Watson. I remember hearing quite literally no positive opinions about this film. So naturally, I have avoided it, but there was a part of me that became morbidly curious about this movie. It is kind of like when something terrible happens, like a car accident, and you are passing it. You know you shouldn’t look, but you just can’t help yourself. When Holmes & Watson landed on one of the streaming services I subscribe to, my curiosity got the better of me, and I watched it. One of the single worst decisions I have made in my life… yet.

On the surface, the idea was solid, and some fun could have been had with the premise: “What if THE Sherlock Holmes wasn’t as brilliant?” Sure, it’s not the most groundbreaking idea of all time, but for a comedy starring two brilliant comedians, Will Ferrell and John C. Reilly, you think this might be something decent. But boy, you would be wrong, same as me. Holmes & Watson dares to ask you: “How much can you endure?” And then, it gives you ten times more cringe than you would ever suspect. How the mighty have fallen.

I honestly believe the biggest issue with this film was the premise because there is nothing more to this film. Sometimes, you can build a movie based on the simplest of premises, sure. But those films are rarely comedies, and even less often do they stay as one-note as this film. Remember when I wrote the premise was simple? Did I mention they literally repeat the same joke throughout the entire movie? The joke, of course, is: “Look what an idiot Sherlock is.” After the third or fourth time, I was thinking: “Surely, this won’t be like this for the entire movie, right…?” Nope, it was. Many variations on Sherlock being idiotic or people in this film referencing modern-day pop culture. This movie felt like a long, unfunny SNL sketch.

But you know what’s even worse than a comedy with an unfunny premise? A comedy with an unfunny premise that is full of talented performers. The already mentioned Will and John have been amazing before, but there are many more great people here, from Rebecca Hall, Ralph Fiennes to Hugh Laurie and Kelly Macdonald! And since they can only work with what they were given, literally all of them are wasted in this film. I wish I could say any of these performers stepped up and “saved” this film, but I can’t. It felt like this film was a curse that didn’t allow anybody to escape or, in this case, be funny. I can’t blame any of these talented people because I understand there is only so much any performer can do.

And this is Holmes & Watson in a nutshell. You watch a rejected SNL skit that somehow got stretched into an hour and a half movie that could be “mildly amusing” had it stayed a two-minute sketch. But it didn’t; we got 90 minutes of suffering while talented performers are making fools of themselves where you are embarrassed for them. I genuinely hope they at least got paid very well; imagine having this movie on their resume, making it for next to nothing, only to see the final result. How devastating would that be?

Overall, Holmes & Watson is an awful movie that should be avoided at all costs. For one “alright” joke, you get 23.358 others that simply miss, the plot is predictable, and you can’t believe your eyes. If you are like me and your morbid curiosity is telling you to check this movie out because surely, it can’t be that bad, can it? Yes, yes, it can. Be smarter than me, and even if you enjoy awful movies; avoid this one.