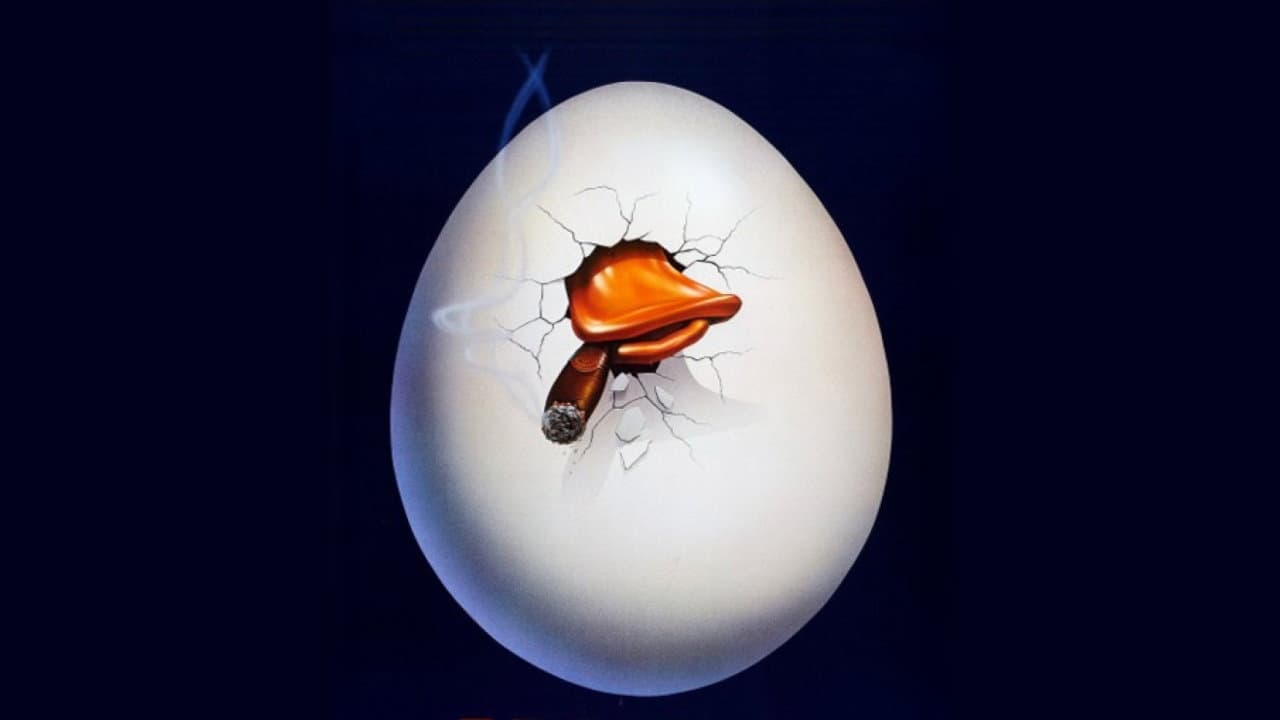 Howard the Duck (or Howard: A New Breed of Hero, how the film is titled outside of the USA due to and I quote: “the movie’s disastrous box-office performance domestically”) is definitely… something else. It will always have the fortunately unfortunate “title” of the first-ever movie made based on Marvel comic book. Unfortunate, because they have come up with… let’s say way better movies since. And fortunately – without those better films, this movie would have been a forgotten piece of something that tried to be funny (?) and failed.

As with some of my other reviews, I need to clarify – I have not read a single comic book, ever. And from the little research I have done on this film, I understand the source material is somewhat darker, much more adult-oriented comic book(s). Therefore it’d make sense for it to be way better. But I can’t rate this film better, as this review is about the movie only. And the only good things to say about this movie are… Lea Thompson‘s presence and the fact, we got Pixar out of this. Oh, you didn’t know? See for yourself.

According to reports at the time of the movie’s release, George Lucas had just built the $50-million Skywalker Ranch complex and was counting on this film to get him back in the black. When it bombed, he was forced to start selling off assets to stay afloat. His friend Steve Jobs, the CEO of Apple Computer, offered to help by buying Lucasfilm’s newly-launched CGI animation division for a price well above market value. Lucas, in dire straits and thankful for the assistance, agreed. That division eventually become Pixar Animation Studios.

Yep, I was also mind blown by that. But it makes sense because Howard the Duck is something truly bizarre. Even the word “bizarre” doesn’t do this film justice. You can tell this was a toned-down film, as it still contains some traces of “humour”, where Howard is really into Lea Thompson’s character (can you blame him?), but what makes this more awkward is her character seems to be well into him too!

That’s right, the first official Marvel movie (and since he’s appeared now in both Guardians of the Galaxy movies and even in the Avengers: Endgame (2019)) has a subplot, where it’s more than implied, a human woman fancies… a duck. And wouldn’t mind getting wild with him. Let that sink in.

I can hear some of the movie’s defenders (which I know they exist because as it happens with movies like these, they become ‘cult favourites’) saying that she wouldn’t go with it, and she was just teasing him, but I am not so sure about that. Anyway, let’s not spend way too much time on this.

This movie is the perfect definition of “a tale of two halves”. Because with the first half, I was surprisingly intrigued by it. And could see even with all the craziness why some people could be into this. It doesn’t take itself too seriously, it has way too many duck puns (says the person, who fully realises he titled his review with a pun), and yet, it was entertaining enough. Until the movie was about Howard finding his way home, I was on board.

But then, the second half happens, where the filmmakers had felt the need to jam a surprising and the most unnecessary villain. From then on, the movie completely lost me. Not only that, it bored me. Because that was the point where this movie about a duck, trying to find its way home, started to take itself a bit too seriously. It almost felt like two different directors worked on this film, or the studio felt the need to have a few action scenes, so they forced a villain. Either way, it didn’t work.

I’ve mentioned Lea Thompson before, so let’s talk about her. First of all, talk about a mix of cute and sexy. I am but a simple man, so I need to admit that she looked superb here. But importantly (in fact, much more importantly), she felt like the only person who understood what movie she was in. She played her character in a very balanced way. What I mean by that, her character felt goofy enough not to be boring but “serious” enough not to be annoying. And to be honest, I couldn’t blame her, had she try to just go all out, with some over the top character, because let’s face it. If not in the movie about a duck, who wants to have sex with you, when else should you go overboard? But she didn’t. And it’s her, who at least tries to ground this movie.

I can’t talk about anything else, because except Lea, Howard and some awkward duck puns, I don’t remember much more about this film. And I had only seen it a few weeks ago! That’s how forgettable this film is! I remember there was a beam, a surprising, unnecessary villain, and that’s pretty much it. As I said at the beginning of my review, if it wasn’t for the association with Marvel, I don’t think I would have had any desire to watch this film.

Overall, Howard the Duck is something else. It’s a wild, bizarre ride that somehow bores you to tears by the end of it. It’s a film, that’s only relevant nowadays because of its association with one of the biggest and most recognizable brands in modern history. Would I recommend watching it? If you are a massive Lea Thompson fan… maybe. But honestly, she has had much better roles. Maybe, instead of watching this film, why not be grateful for what it has given us? The first thing would be the knowledge that some comic books are harder to transfer onto the silver screen, especially if you tone them down. The second thing would be the Pixar studio. And I think this is the only way Howard the Duck should be remembered. Sometimes you need to fail big to create something much, much better.