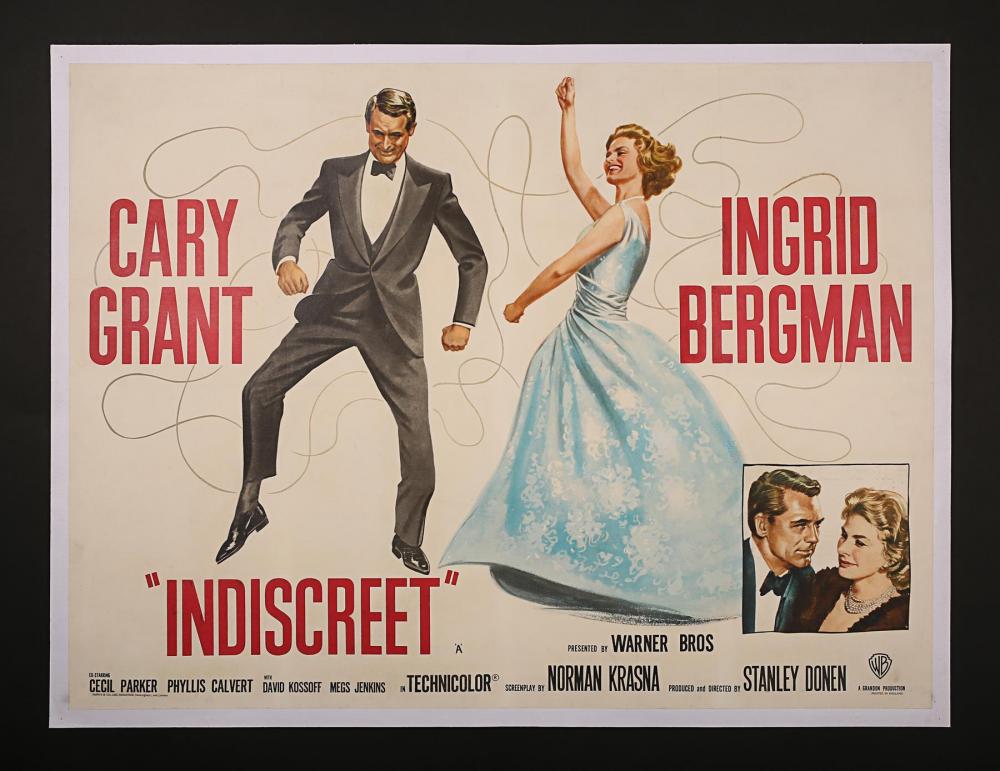 Movies from the “good old days” of Hollywood are usually inadvertently funny, not because they were meant to be, but because of what used to be considered inappropriate or indiscreet (roll credits!) back then. Take this movie for example – there is a scene where Ingrid Bergman‘s sister doesn’t want to leave her by herself in the room with Cary Grant, as that wouldn’t be appropriate now, would it? I mean, a woman who’s NOT married?!

If you look past the archaisms of those days, you’ll see Indiscreet is pretty decent film, that once it decides to be full on comedy, is enjoyable. But it takes the movie a long time to get there. I don’t know why, but the first half of the movie felt to me like the director wasn’t really sure whether he should approach this more seriously, or give into the “craziness”. I had a hard time putting my finger on what this movie actually was for its first 40 minutes or so. But then it seemed like in its second half, the movie decides to be a full on silly comedy, and it’s better for it.

I have not watched plenty of movies starring Ingrid Bergman and this is my first movie of hers, where she’s more on the comedic side and I really liked it. Dare I say she was the main star of this film…? Yes, I would say so. Of course, for a movie like this, where the main story is about Cary Grant’s character lying about whether he’s married or not and Ingrid’s character than being mad at him because he is or isn’t married… you do need a good scene partner to make it work and they do work really well together.

What I need to mention is the fact this movie doesn’t merely rely on those two mega stars (and they were, both in their own right) as all the side characters were pretty funny too, mainly Cecil Parker with Phyllis Calvert stood their own alongside both of those “superstars” and had some funny scenes.

There is a certain charm to these old comedies, where even if you don’t laugh out loud all the time, they feel more relaxed, more down to earth, which is a bit strange considering how much has changed since the time they were released. The way how people act, talk, what used to be considered inappropriate is now so normal, nobody bats an eye when we do it… And yet, on some sort of level, these movies feel more grounded than most of Hollywood comedies made in the last 10 years or so. Maybe the movies from the “good old days” are not relying on physical humour as much and they were trying to work on stories and jokes coming from the characters/situations rather than “this person is loud, that person is clumsy, and this one is just an idiot”, and that helps, having actual characters in your comedy.

As I said prior, the only criticism I have is the first half of the movie didn’t sit “properly” with me. If somebody were to tell me that one director shot the first half of the movie and then they swapped him for a different director, I would totally believe that. But the second half is great, so my rating is still fairly high, as Indiscreet is a pleasant movie, that you could watch on a chill Sunday afternoon and have a pretty good time with.