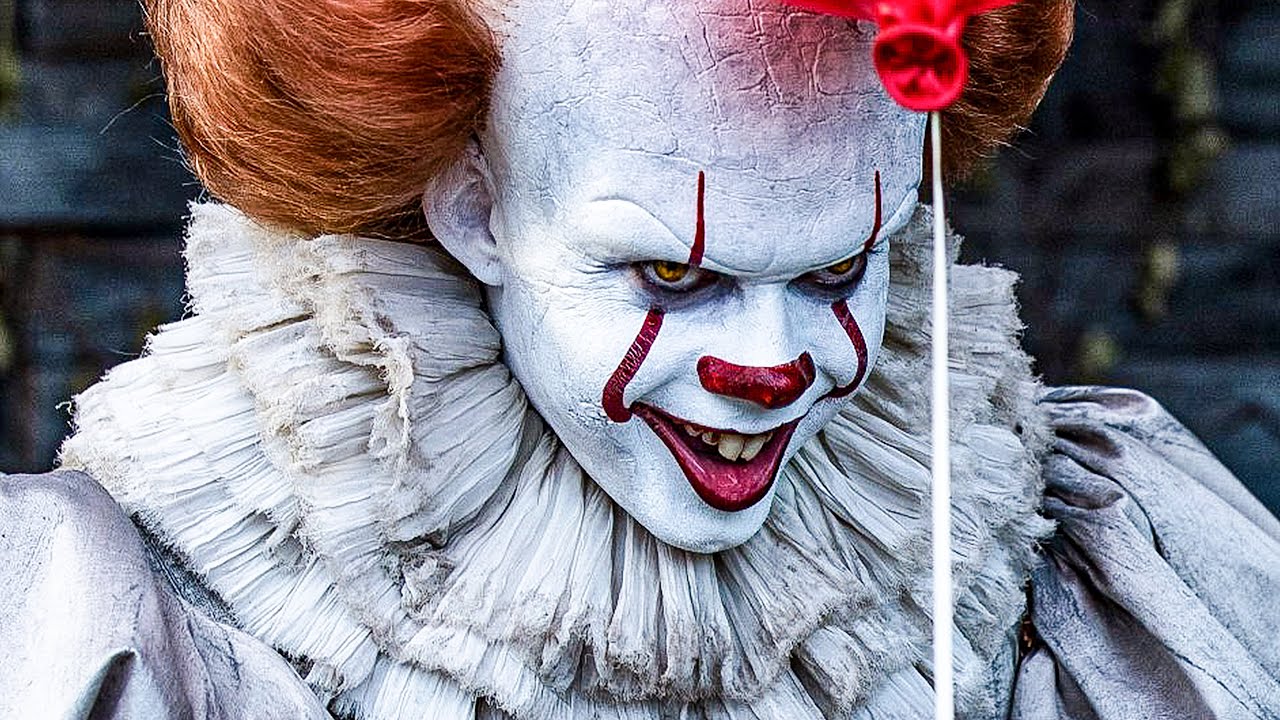 Let’s get something straight – I never understood why so many people were afraid of clowns. I am not saying I love them, or they would be my favourite thing when I used to visit a circus or two back when I was little, but they always left me indifferent. And being on the Internet for such a long time, the fear of clowns seems to be one of the most common fears nowadays. It’s possible that Stephen King’s novel It might have something to do with that. I still haven’t seen the mini-series also called It (1990), but I’ve heard great things, mainly about Tim Curry‘s performance as Pennywise. I also need to mention I have not read the novel by Stephen King, so this review is me jumping into this film with completely fresh eyes as this is my first ever encounter with Pennywise. And as you can tell from the heading, I enjoyed myself.

It could have just been your stereotypical run of the mill horror film. But something somewhere clicked, and this film works as part of an intriguing horror film and part as a coming-of-age movie about kids who are just trying to figure out life. I’ve heard about this film ever since it came out back in 2017, and that was the one universal thing everybody agreed on – the kids in this film work wonderfully with each other. All I can say is, yes, I will join the crowds because they do. Their group seemed believable, and their chemistry was there. I would imagine it’s partly the actors, partly the script, and mostly Stephen King’s book. And somehow, Andy Muschietti (the director) made it all work within a construct of a horror film.

Regarding the group, I can’t single out any guy character that I thought would stand out. But there was somebody who had – Sophia Lillis. I thought her character was a big reason the entire group dynamic never got stale because she was the perfect addition to give these pre-pubescent boys a girl that is a bit older, so she is in that “not a girl, not yet a woman” stage of her life. You could tell she is a bit smarter, than them, but most importantly, she is kinder. And to me, that was the key to fully unlocking this group dynamic. If we only followed the boys and all their teasing, dumb jokes etc., that would get annoying quite soon. But her character comes in at the right moment, and Sophia seemed so sure of her character she was the stand out for me. Well, at least in relation to the “kid group”, as we need to talk about the leading star, Pennywise, as portrayed by Bill Skarsgård.

When I was looking through his filmography, I realised I saw him in some films before, like Anna Karenina (2012) or Atomic Blonde (2017), but I would be lying if I said I remembered him from any of those films. But after watching It and It: Chapter Two (2019, and the review is coming soon as well), I will focus on him more in the future. Because he truly is the definition of perfect casting. He understood the character where he made him silly enough to make us believe he was a clown but adequately dark/scary for us not to forget he’s not just a clown. And as much praise he got for this role, I honestly don’t think he’s praised enough; because he nailed that balance. It’d be so easy to lean into one or the other more, but somehow he knew how to give us both sides of Pennywise. I was impressed by him.

And I was impressed by this film too. It is 135 minutes long, but it never felt too long. The movie had to be this long for everything to come together with the way it did. Another thing I also appreciated was how the film managed to build tension with some scary and unsettling images in the background (library scene) while reducing cheap jump scares to a minimum. Well, until the last 30 minutes.

That would be my only tiny gripe with this film and the only reason I won’t be giving it a 5/5 rating. As for most of the movie, there were some jump scares, but most of those didn’t feel cheap until they did. It was the last portion of the film where the horror element became too predictable and resembled most horror movies these days, where the film lost that unique atmosphere for me. Not by a massive amount; I still think this is a close to excellent film, but the last approximately 30 minutes doesn’t live up to the 100 minutes we’ve gotten before. But again, this would be a tiny flaw in otherwise a superb film I would not hesitate to rewatch, and I don’t say that for many horror films.

Overall, It managed to make me understand why people are afraid of clowns. I’ve heard on occasion that Stephen King’s It did the same thing for clowns that Jaws (1975) did for sharks. I can see that, as even after watching this film with one terrifying clown, I am still not “sold” on the idea of regular clowns being scary to me. However, Pennywise, as played by Bill, was terrifying. And let’s face it, it was due to him being so great as Pennywise and the chemistry between the kids that made It what it was. A surprisingly well-made horror movie with some heart. Too bad it all got messed up in the sequel, but that’s another review altogether.