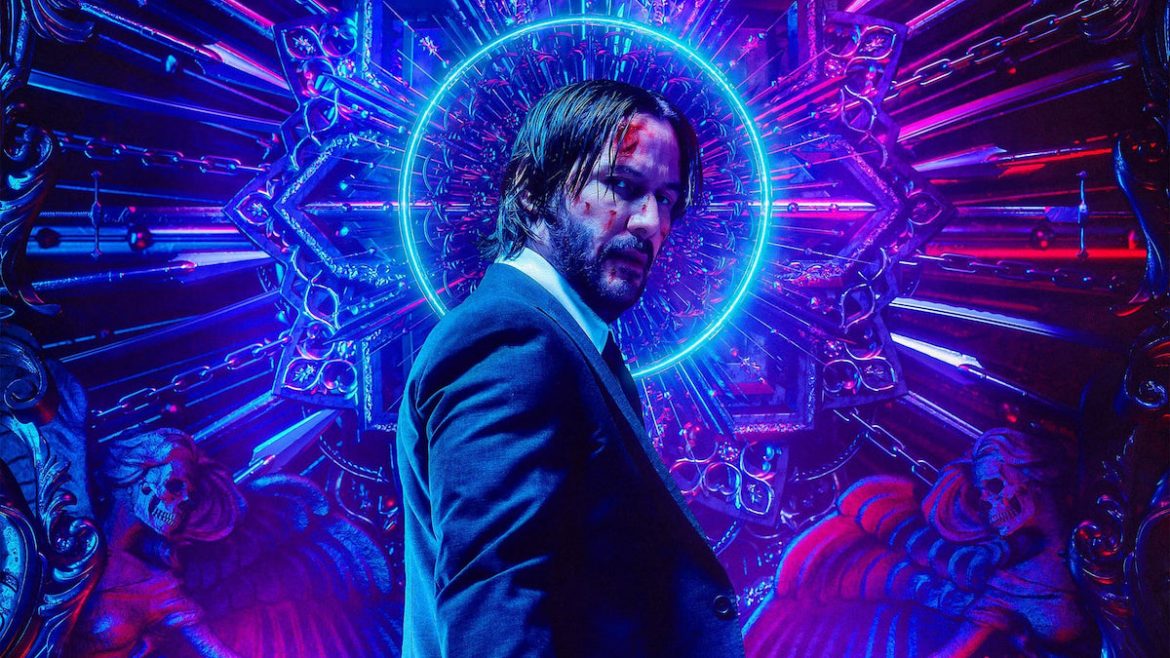 This movie could have easily been subtitled “John Wick: Chapter 3 – John Against the World” and that would sum up this third movie quite neatly. As with its predecessor (my review for John Wick: Chapter 2 (2017) can be found here), the assassin world is getting bigger (I am starting to feel like the only person on the planet who isn’t a professional assassin at this point) the stakes are getting higher, the rules/world building is expending and Keanu is in the middle of it, kicking more ass than ever. But this time, he’s got Halle Berry alongside him (for about 20 minutes). And I loved every second of it.

John Wick: Chapter 3 – Parabellum starts where the previous finished – without getting into spoilers, let’s just say something big has happened and now, John has to deal with consequences. Thus begins the longest chase throughout New York you can imagine, where almost every New Yorker is a semi-professional assassin, and Keanu kills not just one, but TWO people by using a horse. I don’t think this is a spoiler or very major detail, it’s just so funny and great, it needed to be mentioned, as I honestly can’t remember if I have ever seen a movie death so unexpectedly funny.

Thinking about it, this is how we could describe Chapter 3 – unexpectedly funny. It felt like more than the other two movies, this one has the most laughs, but it doesn’t feel any cheaper because of it, if anything it makes certain scenes standout (Mark Dacascos‘ character almost fan-girling on John right after they’ve fought, for example) and again, it fits well within this story.

With every new John Wick movie, the action set pieces are getting bigger and more imaginative and I love it. Some of the highlights in this movie include the motorcycle chase with katanas (Japanese swords), the “John travels to a different country” part of the movie and the very end. Let’s talk about the end (without spoilers).

This is the first time it felt like the creators behind this movie knew, there will be more movies to come, so the story almost accounts for that, by trying to have some twists (can you even call it like that?) It will be interesting to see whether the next two movies (that’s all that’s been announced, but you know how it is, if they make money, they will make more movies) will keep the high standard/bar as the first 3 movies, or whether it will start to slip up. Personally, with what I know based on the end of this movie, I am intrigued to see where the other movies will take John and us and I am ready to give the creators the benefit of the doubt on this one, as they have proven by now that world building and action set pieces are their bread and butter. I just hope they won’t go the route of “it’s John Wick, therefore he can survive anything”, as that would be the only thing worrying me about upcoming sequels, as in this movie, John survives a lot. Like a normal person would be dead 10x prior the end.

I need to mention something else, one more thing John Wick: Chapter 3 – Parabellum has done perfectly. Even big budget movie like Star Wars: Episode VII – The Force Awakens (2015) tried, but ultimately failed to do this properly. This film gave the guys from The Raid movies (Cecep Arif Rahman and Yayan Ruhian) roles, that allowed them to showcase what they know and go toe-to-toe with Keanu. I don’t think that’s a spoiler, as from the moment they show up on the screen, you know that two real-life skilled fighters must have a fighting scene here and they do. That is how you utilise those guys, Star Wars, and not by having them be there for a pointless cameo, just for them to die within 5 minutes (oh yeah, spoilers for Star Wars, but honestly, it has no impact on the story, so the same as that movie, I can’t be bothered to do better).

Overall, if you liked the previous John Wick movies, the chances are really high you will like Parabellum too. It’s true that so far, this movie pushes you to suspend your disbelief the hardest, when comes to “he survives this” but I still haven’t found it outrageous. Or, more likely, I am still having fun with the movie, so that doesn’t bother me as much. If I had less fun with it, it would have bothered me a bit more, and that’s my only worry for the upcoming two movies. But so far, I am actually hopeful, as the people behind these films seem to know what they are doing. And I am hoping for Halle’s return, as she only gets better with age and she stood her own alongside Keanu.