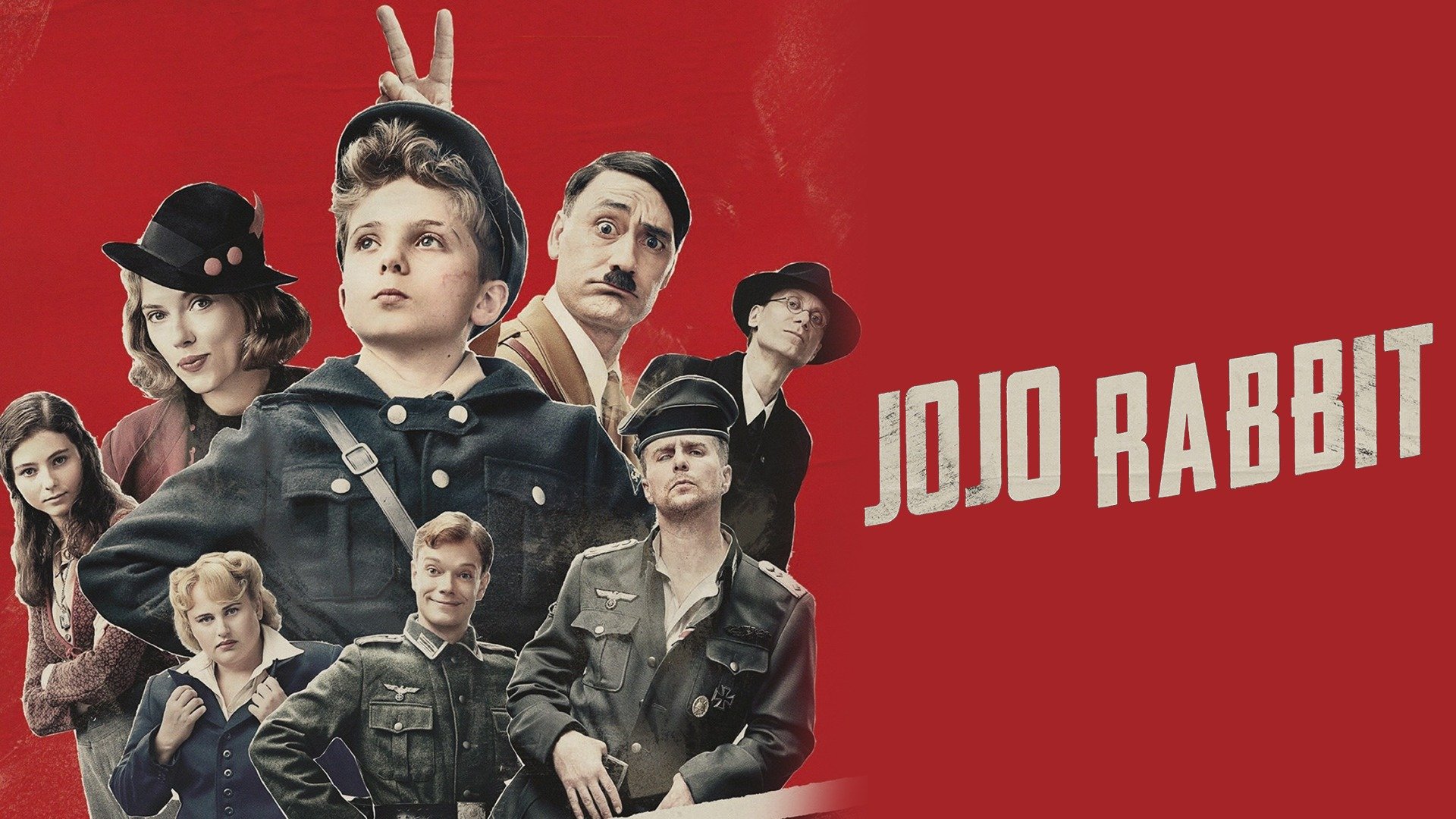 Ever since I’ve seen the first trailer for Jojo Rabbit, I knew that this will be a film like no other. I had faith, as Taika Waititi has proven himself several times now (from What We Do in the Shadows (2014), Thor: Ragnarok (2017) to somewhat underseen and underappreciated Hunt for the Wilderpeople (2016) which if you haven’t seen it, please do yourself a favour and do see it) and plus the topic was more than intriguing (young kid, who during World War II adores Hitler so much he sees him as his imaginary friend, what’s not to love there, right?) and the cast! From Scarlett Johansson to Sam Rockwell, Alfie Allen and surprisingly great Rebel Wilson, everybody fits perfectly and put their 100% into every scene. No wonder this movie is just pure perfection and I don’t say this lightly.

There are times, where I don’t know how to rate a movie and I need to think about it, how I felt about it, etc. And then, there are times where you are just so into a movie, you are enjoying it and no matter what’s happening on the screen, I know easily what my rating will be. And from around 20 minutes in, I knew Jojo Rabbit will be that case. But it’s not purely because of that great casting, or that wacky aspect of this movie, even though that part contributes to my main point. And that is this movie does something, that plenty of films try to do, but only a few succeed – mix comedy with some heavy themes. Balance crazy, wacky scenes with some dramatic ones. Plenty of times, one feels distracting and you as the viewer, get annoyed easily. Especially if one part of the movie is much better than the other (for example the comedy part is better than the dramatic part). And that is the main reason I have enjoyed this film so much – it’s perfectly balanced.

Jojo Rabbit feels like the most perfect blend of wacky comedy about a kid, who wants to be Hitlerjugend really badly, but for variety of reasons, he never succeeds as much as he’d want to. But deep down, it’s about plenty of other stuff and that is the thing – every time the movie feels like it might get skewed too much into the wacky stuff, there is always something, that reminds you that yeah, even though you are laughing, because let’s face it, Hitler as portrayed by Taika himself is funny. But the things that are happening (like, you know, the war) have real life consequences for everybody and especially our main protagonist. And to me, that is something extraordinary. This could have gone wrong so easily, or could overstayed its welcome, but it never does. And that goes for the dramatic scenes too – when some scenes happen, they hit you and they hit your hard (especially one scene that I unfortunately had spoiled for me because of Twitter, quite pivotal scene, so imagine my frustration) but they never take you out of the movie, they are there to work as almost a contrast for the comedic part of the movie.

This might sounds really cheesy, but I don’t care – I think the reason this movie works so well is because it reflects life itself – plenty of things around us can be really wacky, sometimes can feel almost surreal, and then something major happens, where even though we were fine and laughing just a few minutes/hours/days ago, we are not laughing now. And to balance it out like this… my hat is off to you, Taika. The Oscar for Best Adapted Screenplay is definitely in good hands.

Also, let’s talk about the cast. As I’ve mentioned prior, it’s not only star-studded, but everyone is great, no matter how small their role might be. For example, Stephen Merchant is in this movie and I don’t think this is a major spoiler to say, he’s not there a lot, practically he’s in just one (quite long) scene, but I guarantee you, you will remember his presence. Same goes for Sam Rockwell, who it seems like said to himself “I’ve been acting since 90’s, but nobody’s noticed me, so let’s turn it up a bit” and he continues in this impressive streak of great roles and brilliant performances, where we need to start having a conversations about him being one of the best actors of our generation. I don’t think Scarlett had a better role in years, as again (with plenty of people in this movie) her role is not that big (the film mainly focuses on Roman Griffin Davis and Thomasin McKenzie and I will talk about them soon) but she does her absolute best with her role. Her scene at the dinner table, where she plays both herself and Jojo’s dad, is simply amazing. Well deserved nomination for her.

The main star is obviously Jojo, aka Roman Griffin Davis and… wow. When he made this film, he was around 11 years old and Jesus… to act like a kid and at the same time actually act, talk about talent. You know it’s always risky to have a kid be the protagonist of your movie, but did he deliver. And the same goes for Thomasin McKenzie. She was a great counterpart to Jojo, more then equal partner to him and in their scenes, they really complemented each other so well, they both felt really natural. Really hope both of them have long careers ahead of them.

The same way I said we need to involve Sam Rockwell in the conversation for one of our best actors of today, I honestly believe Taika has earned his place to be in the same conversation for one of our best current writers/directors. He’s got his unique voice, but he’s not banking on just that. He’s managed to give us a superhero/comedy, horror/comedy, adventure/comedy, and now almost historical drama/comedy, but here’s thing – he can mix any genre with comedy so well, it doesn’t get repetitive or annoying. He doesn’t feel like one trick pony, because everything he does has his handwriting all over, but at the same time it feels really unique. I don’t think it would be too big of a reach to call him “Stanley Kubrick of comedy” as no matter what he does next, I will be there, patiently waiting and there is a good chance I will enjoy whatever he does next. So far, he’s yet to have a miss and I don’t think that is coming anytime soon.

Overall, if you’ve seen the trailer and you think you don’t want to see Jojo Rabbit because it’s “just a silly movie with Hitler in it”, please do yourself a favour and see it. Because it is much, much more. From the casting, to the musical choices (where else would you hear The Beatles or David Bowie in German?) everything fits together to create a really unique, funny, sad, yet somehow hopeful piece of a film. I will definitely re-visit this movie and gladly.