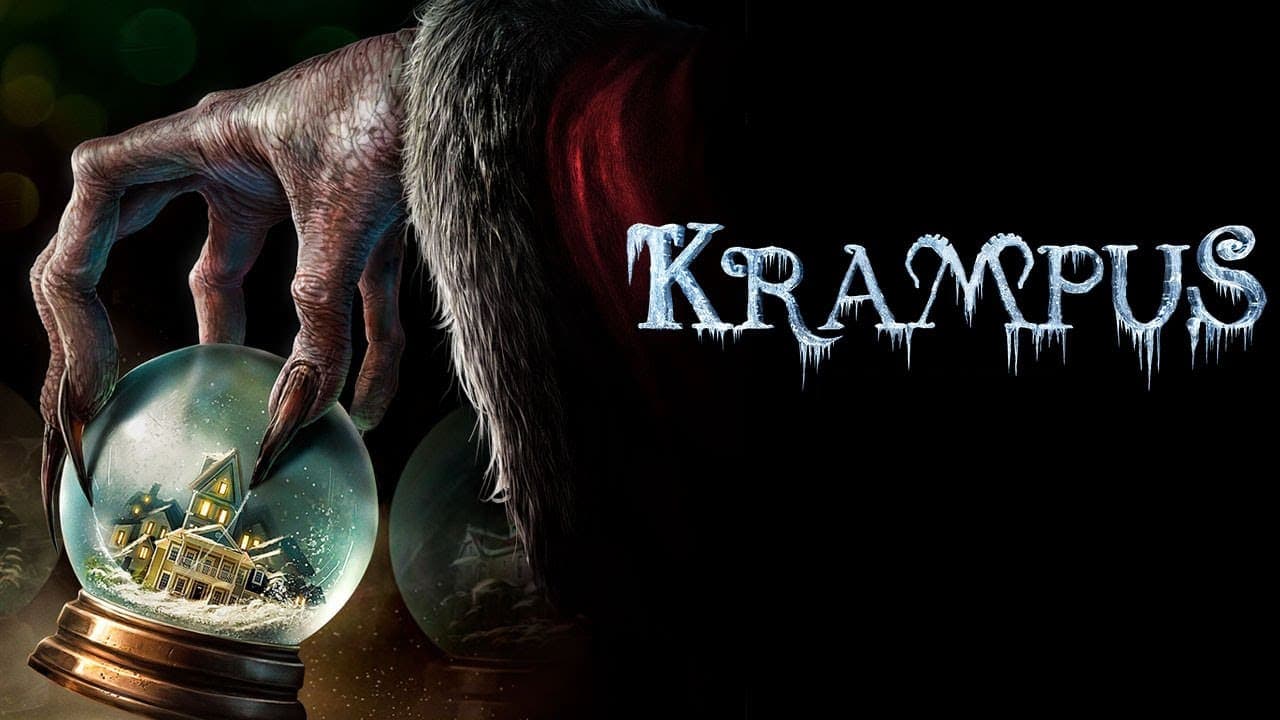 Christmas is a time of cheer, family/friends coming together and in some countries (apparently) Krampus. Because nothing says Christmas like the opposite of Santa Claus (or Father Christmas, depending on where you are from), a demon-like creature; who might punish you or straight up kidnap you if you misbehaved. I am from a country that still has this proud (I guess?) tradition going strong – on the 5th of December, if you are visiting the Czech Republic, go outside in the evening. And pretty much anywhere, you will eventually bump into the “holy trio” – St. Nicholas, an Angel and Krampus. St. Nicholas would give kids sweats (mostly chocolate nowadays, but occasionally some fruit too), and Angel was there to counter the evilness of Krampus, who would be threatening you with hell and might give you a piece of coal. Yep, many kids are traumatised from this tradition because you can imagine the Krampus masks are becoming more and more sophisticated, therefore scarier over the years.

But here’s the thing – Krampus isn’t associated with Christmas for us (Czechs). He’s more associated with “Christmas is coming” time, almost pre-Christmas. So for me, watching a movie like Krampus was something different. And not because of what was happening in it, but it had more to do with the simple fact that he isn’t a “Christmas” thing for me. But let’s stop with my traditions and what I am used to and get to the film.

Krampus is, for the most its length, an entertaining enough movie that’s really struggling with its rating. And this is my biggest complaint and the movie’s biggest weakness. You can tell this movie is trying to do the maximum with its PG-13 rating, but truth be told, it doesn’t work. It almost felt like Krampus was stuck in two gears for the entire movie – in between horror film and wacky, slightly darker comedy. And it does neither great.

For my money, I’d rather have the film one way that might have worked than pulled apart throughout scenes to various genres. And I could imagine the same cast (I will talk about them soon) in either scenario. Either make the movie “PG” and lean into the wackiness of it, with darker humour and some tension and bin the “horror” element or make it full hard R and go nuts with it. Balls to the walls bloody Christmas film which would not be forgotten for years to come. But in its current form, Krampus seemed stuck between these two options, and they simply clash.

And when you see the cast of this film, you will regret it even more. We have more than a competent bunch of mostly comedians; everybody from Adam Scott to David Koechner, Allison Tolman to Conchata Ferrell (RIP) do have their moments. And you can see them giving it their all in either genre. Plus, on top of everything, we have Toni Collette as our “main mum”, who is delightful as always. So the cast is solid, and maybe that’s the reason why it hurts even more seeing the final result.

The thing is, this to me looks like there was nobody to fault but the studio. I can easily see this being one of those cases where the director had one vision, and the studio said: “Cool, we are NOT doing that.” And that is how we got this film, being the “middle ground”. And lo and behold, IMDb’s trivia confirms it:

Understandably, with the controversy that surrounded other Christmas horror movies like Silent Night, Deadly Night (1984) and Black Christmas (1974, my review here), Krampus (2015) was a hard story to sell. It wasn’t until Legendary Pictures agreed to a PG-13 rating that Universal green lit the movie.

The thing is, I was saying this to myself while watching the film, long before I read the trivia section on IMDb. But you don’t have to be a genius to see it, especially when you are like me – a mad man who might have watched too many movies to catch on these tiny things. Because if it wasn’t for that, Krampus would have been a delightful surprise for me. The cast is great; it’s a Christmas movie about something we don’t see portrayed a lot in media, and I loved the open ending. Without going into spoilers, it’s not one of those endings that would try to set up a sequel. It’s more of those films that shows you something, and then it’s up to you, the viewer, to decide what that means. I have my interpretation of the ending, but I can see others arrive at something else, and it still would make sense. And I like films like that.

Overall, Krampus is a hard movie to review. Because all the elements are here to make something unique. Additionally, now I know if it weren’t for the studio, the film would have retained its R rating, and we could have gotten something remarkable. Something that might have still not been perfect by any means, but at least it would be its own thing. As it stands, I would cautiously recommend Krampus, especially if you are looking for a movie to watch throughout this Christmas and want to see something different. And who knows? Maybe the fact it’s stuck in this limbo between dark comedy and horror might be totally for you. And if so, that’s great. It just wasn’t working that well for me.