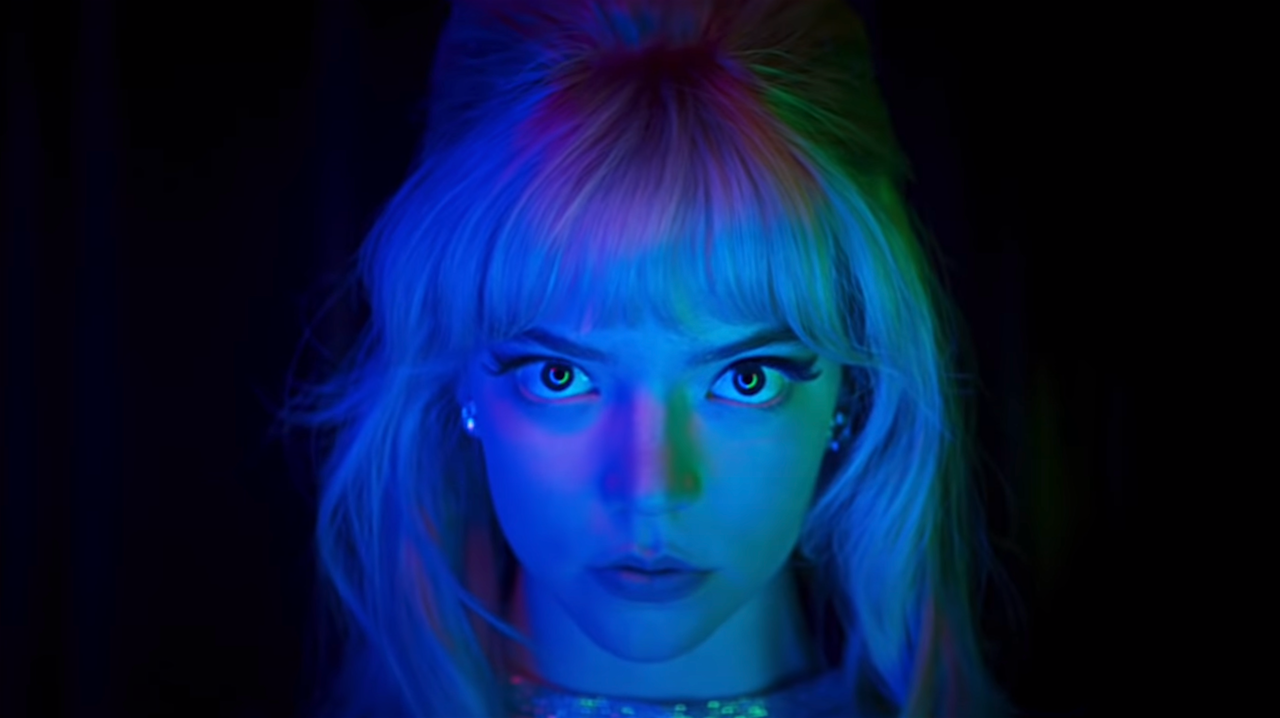 I need to show my cards here – I am a huge Edgar Wright fan. I have been ever since I have seen Shaun of the Dead (2004). I have learned a lot about him, mainly the fact, he’s an avid cinephile. I would imagine he’s the only one who comes anywhere near Quentin Tarantino and/or Martin Scorsese regarding the film knowledge, the passion for movies and how many films he has seen throughout his life. And Last Night in Soho might be his most “matured” film yet. Even though that feels wrong to say because it implies his previous films were not that. They were. But this one seemed so different, yet underneath it all, you could tell it was made by somebody, who is an incredibly clever, movie-loving person.

Last Night in Soho sold me when I watched the very first trailer, with “Downtown” playing underneath it. I knew two things straight away – I didn’t want to see anything else, as I wanted to avoid any potential spoilers, and I will be seeing this in the cinemas, if possible. Luckily, in Scotland just now cinemas are still open, so I took two of my friends and went to see this. And we all loved it. We all had different reasons for it because the movie has so much going for it.

First of all – if you are like me and have only seen the first trailer, you have been lied to… a tiny bit. And that’s good. Because I expected one type of movie, and what I got was something completely different. But guess what? I am glad that was the case. I was so relieved the trailer only showed you enough to get you intrigued, but not too much, so you’d know precisely what will happen and when. So once I realised the fact, this is not “just” a period movie set in the 1960s, I was surprised and intrigued.

Next thing I adored – just how clever and unique Edgar is, portraying the 1960s. Because you can tell instantly through this film (and if you follow him on Twitter @edgarwright) that even though he absolutely loves the decade, he doesn’t fetishes it. The movie starts like that, with Thomasin McKenzie‘s character being in love with everything from the 60s, just to slowly discover that it wasn’t all good. Well, scratch that many things weren’t great at all in the 60s. But here’s the thing – the movie understands that you can do both – you can still admire the films, the music, the fashion of that era and with the same breath admit, there were a lot of issues with… well, take your pick. This movie centres mainly on woman’s experience during that era, but I guarantee you any minorities at that time also didn’t have “a jolly great time”. At times, it felt like a sobering documentary picture, with some superb performances mixed in.

Yes, here’s the part where we will talk about the three ladies – the already mentioned Thomasin, Anya Taylor-Joy and Diana Rigg. Sure, we have a few other major actors in this (and let’s face it, both Terence Stamp and Matt Smith were great), but this isn’t their movie. They are almost props to our three leading ladies. Almost like the movie flipped it, as in the 60s, the ladies were the “props”? I am sure this was just a coincidence. 🙂 First of all, I completely forgot that Diana Rigg died in 2020, and this is her last performance. And what a way to go. Most people will recognize her mainly due to her role on Game of Thrones (2011 – 2019) playing Olenna Tyrell. But I hope that seeing her performance here will inspire moviegoers like me to get more familiar with her filmography. It sure inspired me, as she was a vital part of this film and gave a superb performance.

I have only seen Thomasin in Jojo Rabbit (2019, my review here), but I will correct that and get more of her movies watched. Because she is the lead of this film and she delivers. Her character is given a lot to do/deal with, and she nailed everything. At any given moment, you understand her, you sympathize with her, and you feel for her. I really hope this will be her breakthrough, and we will see a lot of her in the upcoming years. When comes to Anya… what else is there to say? You can’t convince me otherwise that she was the one whose career was raised above and beyond in 2020 and continues to strive and succeed. And not because of her beauty, but purely based on her talent. And you are telling me she can sing too? Ok, that’s just not fair; you need to leave something for the rest of us. Both Anya and Thomasin were spectacular in a different way. It almost felt like they were different sides of the same coin.

I always love that Edgar doesn’t “simply” make movies – he makes a movie almost as a way of paying homage to his heroes. Maybe this is me reading into this a bit too much, but Last Night in Soho felt like Edgar was confessing his love not just for the 1960s but also for the movies of that era and later, with two names coming to my mind throughout the film – Brian De Palma and Alfred Hitchcock. Let me explain – I thought the use of colour and the paranoia was really “De Palmaesque”, and certain mirror scenes to me felt really Hitchcockian. And the moment towards the end, where there is a knife involved, and we can hear violins in the soundtrack, reminding us of Psycho (1960)… Or I may be reading something into it that’s not there at all. But I wouldn’t be surprised, as that is almost his thing – to base his movies around genres, he loves and take something and put his own, unique twist on them. And the best part, it never feels cheap. It always comes across as a loving homage, rather than “Let me just steel this element real quick, because I know it works”.

The only thing (and this is not a criticism and is up for debate) is that I don’t consider this a horror film. I think this movie occasionally goes to horror territory, but for the majority of it, I got more of a psychological thriller vibes more than anything. The reason I am mentioning this – if you want to go and see this movie, you absolutely should. Because it’s amazing, stunning and clever. But don’t go expecting a straight-up horror film, as you might leave slightly disappointed by that. There are some horror elements (and jump scares), but not too many. Especially towards the end, I wasn’t even jumping out of my seat. I was glued to the screen and my seat, watching everything, not wanting to miss a single detail.

Overall, Last Night in Soho was one of my most anticipated movies of the year 2021. I went in hoping it would deliver something unique, clever and stylized. And I got that and much, much more. This movie might not be everyone’s cup of hot cocoa, and I get it. But it was sure enough mine. The film is clever in many ways; it pays homage to an entire decade without fetishizing it and addresses issues of the years past and today’s ones (the taxi ride at the very beginning.) If you can, please do yourself a favour and watch this in the cinemas. The movies like Last Night in Soho should be supported as much as possible. I can’t wait to re-watch it.