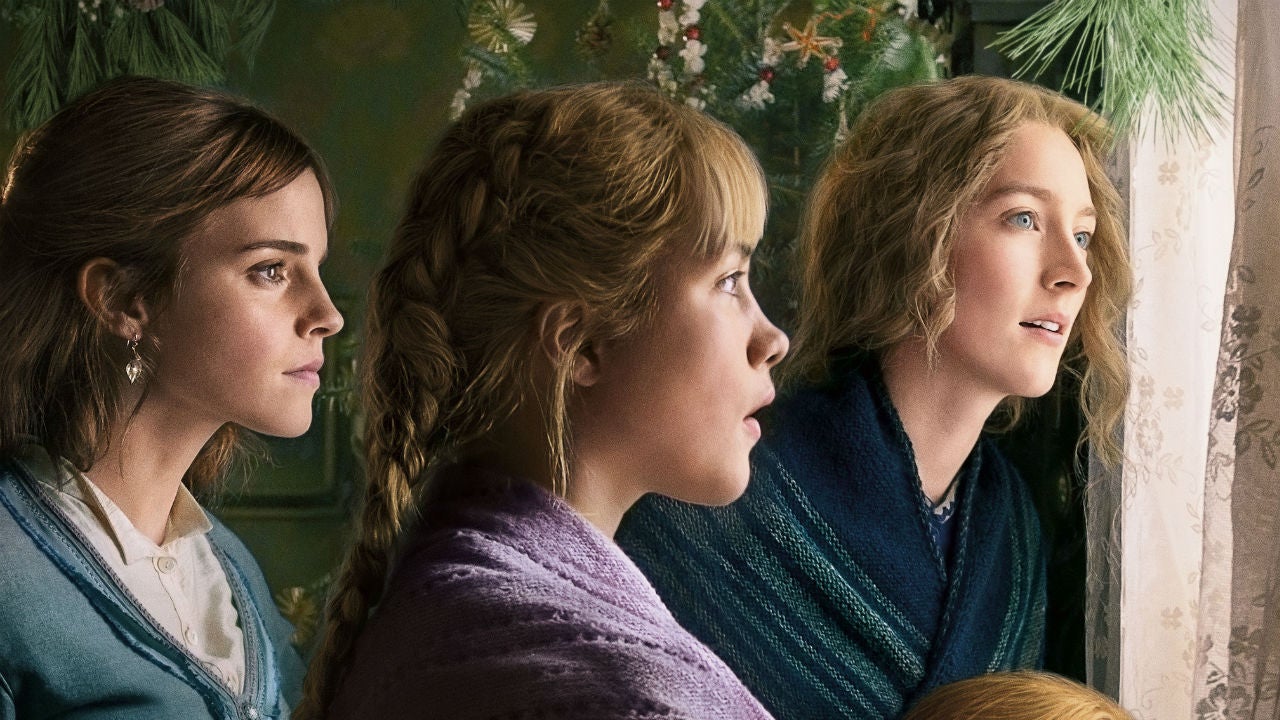 As I have mentioned in my review for Downton Abbey: A New Era (2022, my review here), the only subgenre of films I tend to struggle with are these old-timey “fancy dresses” movies about people who lived “back in the day”, and tend to solve problems that would not be problems nowadays. I know it is not a logical way of looking at it, but alas, we all have something. That is why I didn’t see Little Women for a while, even though I’ve heard very positive things about it. Until one evening, I noticed it was on one of the streaming services I subscribe to, so I finally pulled the plug. And I am glad I have.

First and foremost, the direction and cinematography are excellent. Greta Gerwig is showcasing her storytelling talent; I liked how we would go back and forth between the past and the present and how it served and enhanced the story without making the story confusing. At least I never got confused about where I was in the story. The cinematography by Yorick Le Saux was also on another level. Sure, I might not appreciate many of these “old times films”, but they all seem to have one thing in common – stunning cinematography. And Little Women is no exception. I found it strange this film was nominated for several Oscars (and won one for Costume Design) but was not nominated for “Best Cinematography”.

I guess it got overshadowed by the performances? Because Little Women is an acting vehicle for everybody involved, especially our four titular performers – Saoirse Ronan, Emma Watson, Florence Pugh, and Eliza Scanlen. First of all, all four performers have the “sister” dynamic/energy down. The way this movie is shot and told, they often bicker/talk over each other as a real family would. It’s easy to believe that all four of these young actresses could be sisters in real life because they work together so well. Those scenes where they are all together were definitely the highlight of this film.

But here’s the thing – those four are “big names”, yet we aren’t done, not by far. This movie features many more great actors, from Timothée Chalamet to Chris Cooper, Laura Dern, Meryl Streep and Bob Odenkirk, among some well-known names. And they aren’t here just because of their name alone; they all make sense and play their parts superbly. Besides the four sisters, I would like to highlight Timothée and Laura Dern. Both had roles as significant as our main heroines and had to step up to keep up with them, and they have.

I need to admit – this is the first adaptation of Little Women I have ever seen. I know this book seems to be “reimagined” almost every generation, but I have not stumbled upon any other version of this film. From the little I know and understand about this movie, this seems to be the most exceptional adaptation of the book. As those time jumps are not something that was in the book or any other versions (at least not to my knowledge, but I am more than happy to be corrected!), that decision was fascinating to me as a first-time watcher. That narrative form (cutting from the present to the past and vice versa) suited this film exceptionally well.

And that narrative choice, plus the cast of impressive actresses and stunning direction/camera work, might be why I really enjoyed this film, almost loved it. Why almost? I couldn’t help but feel that occasionally, the movie drags on a bit. It is 135 minutes long film, so this might seem obvious, but for most of the movie’s runtime, the length didn’t bother me. Until some scenes/moments came (especially towards the end, where you can tell where everything is going, all cards are on the table), and those few moments slowed the film down just a tiny bit. But that would be my only complaint, and as you can see, it isn’t a significant complaint. I wouldn’t mind rewatching the movie at some point, especially knowing how many talented actresses appear here.

Overall, Little Women is a great movie that is anything but “little”. Every scene feels big, either in scope or the stakes. Sure, some scenes or moments might drag on a bit too long, but I don’t think there was a scene or subplot I wouldn’t like. Greta Gerwig certainly deserves much bigger praise for this film. She took a classic book that’s been done and adapted so many times and managed to make it unique. I can’t compliment her direction or the choice of changing the narrative timeline enough. And putting together such a vast number of actresses, making sure they all have their moment to shine, that’s also not a small task… I can see Little Women growing on me. It’s one of those films I can’t wait to revisit.