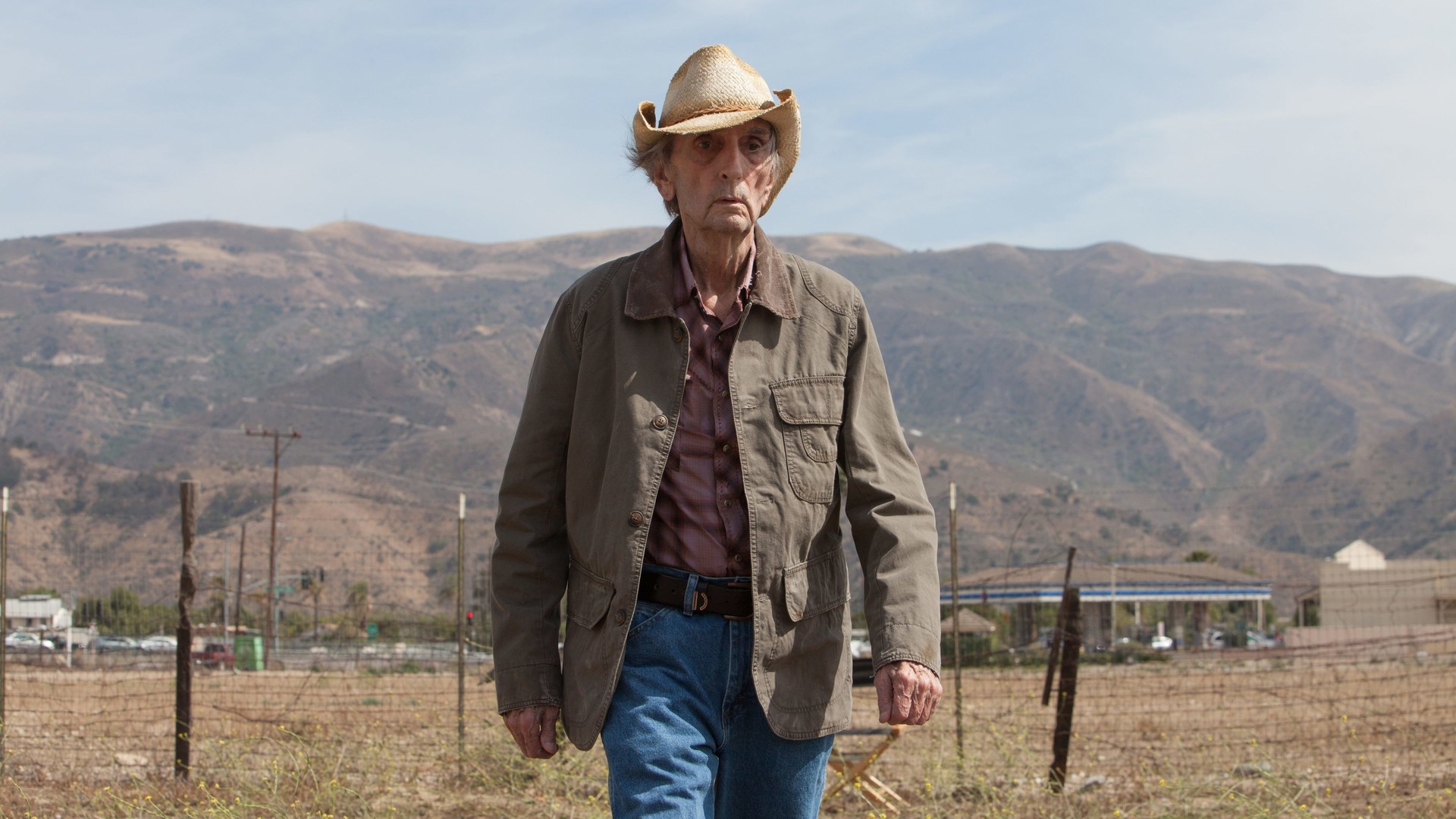 Films like Lucky are so rare nowadays. Why? Because in their simplicity, their straightforwardness, they feel like pure, raw cinema. I know this might sound really pretentious, but I don’t know how else to express what I felt while watching this movie. Because here’s the thing – on the surface, there is nothing too special about the story. We follow an old person, who’s going about his monotone life, basically waiting to die. He’s got his routine, his friends, he is surrounded by people most of the time, but he still feels lonely. And afraid of what’s coming. Doesn’t sound too special right? Well, John Carroll Lynch (for whom this is a directorial debut and what I great one!) made it special, by casting the best people.

Harry Dean Stanton was always a great actor of small recognition. I honestly feel it’s a shame that he never was at least nominated for an Oscar (anyone who’s seen Paris, Texas (1984) knows it wasn’t for luck of great roles showcasing his talent) as he’s always been one of those actors, who no matter the movie he was in, he always delivered. And Lucky might be one of his best performances. It’s almost unbelievable and sad that he knew this might be he his final film. Maybe that is why he put his heart and soul into this film and without any exaggeration, you can feel it. This movie touches you on a deep personal level, and pulls you in really slowly and without realising, you are in. And you can feel everything he feels – the pain, the uncertainty (will there be another day?) the loneliness… And most of it is shown, not spoken.

That is what I really appreciated in this movie – plenty of “big” scenes don’t rely on dialogue, they rely on Harry Dean Stanton to do his thing, they rely on others around him to rise to his level and they do. Like David Lynch (one of my favourite directors ever and really close friend of Harry’s) playing his good friend here. He’s not given plenty of scenes, but those ones he’s in, he’s got such a presence you won’t forget him. The same goes for Ron Livingston – another one of those actors, such as Harry Dean, who’s mostly in great things and he’s usually good, but doesn’t get the recognition he deserves.

Even though Lucky deals with the heaviest topic(s) possible (death, loneliness) it never feels exploitative, it never feels like it’s being “sad for the sake of it”. It feels organic and that is why the sad scenes resonate with those touching scenes (Harry singing at the birthday party, or his speech at the bar towards the end about “the truth”) so beautifully, they hit you the way you won’t be expecting. They definitely hit me and that is how I knew I absolutely adore this movie. It’s not flashy, it definitely takes its time, but man, if it isn’t one great, film!

Usually, I don’t have a problem writing a review for a movie I really loved, as it’s quite easy – you just describe what you love about the movie, right? But with Lucky, I find it surprisingly difficult, as I didn’t expect for this movie to get to me as much as it did. Everything resonated with me on personal level, as at the end of the day, aren’t these the things most of us are worried about? The fact we will end up all alone, by ourselves, no matter what we do, the fact that nothing really matters, and yet, we keep on smiling, we keep on going…? And this is what the movie is about. The will to keep on going, the need for another human being to be there for us.

Lucky is truly one of a kind movie, that is small in scope, but big in everything else, especially heart. And I don’t really care how cheesy this might sound, because I don’t think there is a better to describe it, even if I were to consume the entire Thesaurus. Lucky feels like a raw force of what a movie should be and the perfect farewell to a truly underappreciated character actor, who Harry Dean Stanton definitely was. If you feel like honouring his memory, do yourself a favour and watch this film. I don’t think you will regret it.