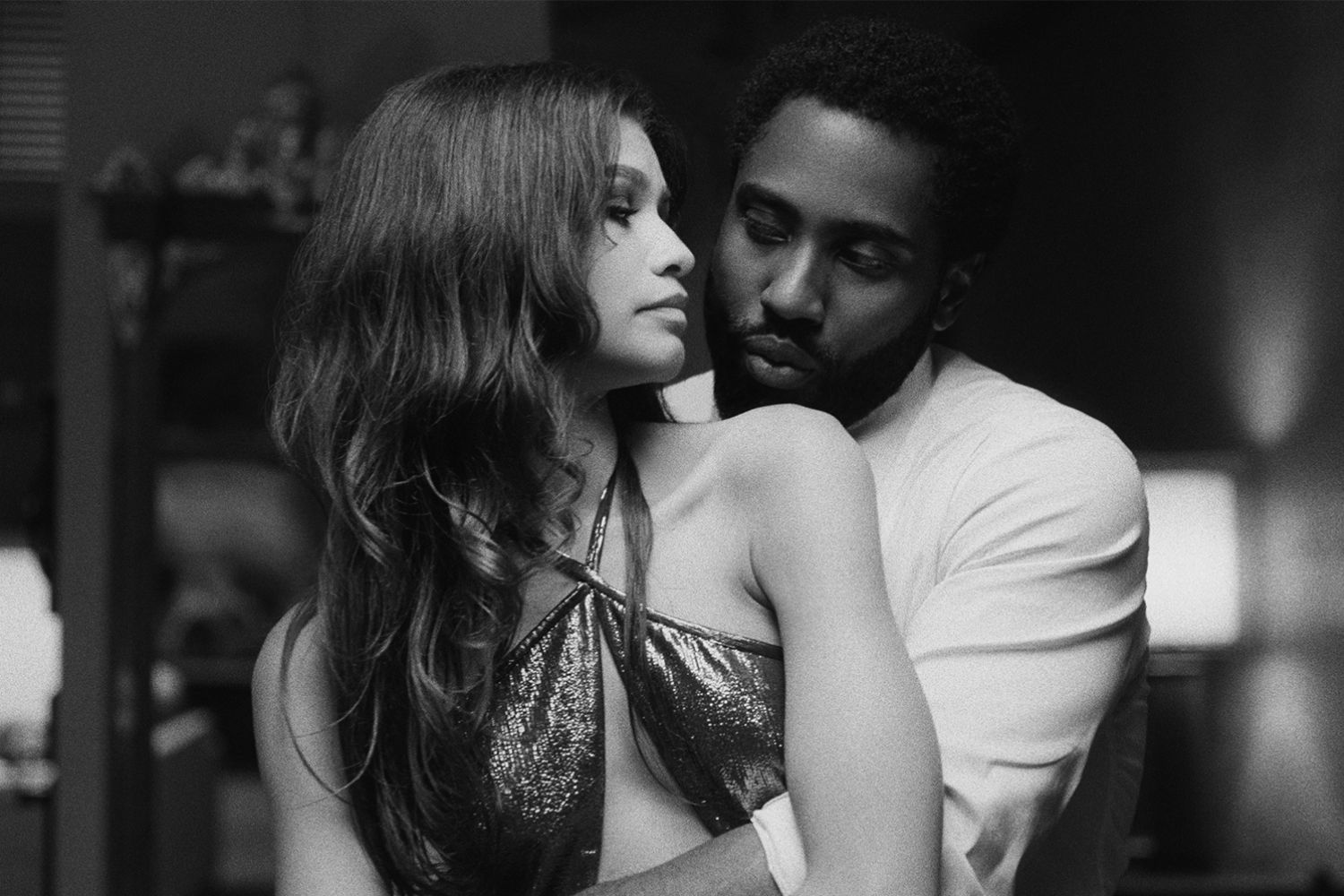 Do you feel too happy? Are you enjoying your life little too much right now? Do you want to see a movie about two beautiful people arguing about everything, examining their relationship, and proving even hot, rich people have issues? Well, do I have a movie for you! Just login to your Netflix account and watch Malcolm & Marie right now!

Yes, I am being slightly cheeky, so let’s get serious for a second. One of the first movies to be “written, directed, and completed during the COVID-19 pandemic in the United States” (source IMDb.com) and thank god it’s not about the pandemic (but trust me, those films are coming) and I think Sam Levinson (the director of this film and the creator of Euphoria (2019 -, also starring Zendaya) made the best out of the bad situation. With very limited resources, with people not being able to travel, he made a movie that happens during one night, it’s literally just two actors and most importantly, it doesn’t feel “cheap”. He made those limitations work for him, where ultimately, you could see something like this being made even if there was no pandemic (imagine… and I have just remembered that video of celebrities singing Imagine, so let me recover from that cringe).

Ok, I am back now, so let’s talk about Malcolm & Marie. As weird as this might sound, it’s definitely up to you how much enjoyment you will get out of this film. I know what you are thinking “well, now you have described literally every movie ever, thanks! So helpful from you!” but with this one, it is almost a different ballpark, as there are only two characters, two actors who pretty much do not leave the screen for 106 minutes, so you are either with them, or not. The movie is also stylised and shot in black and white (I thought that decision worked quite well) and minus the music played by our main characters, it’s without any soundtrack. That worked well sometimes, but sometimes the “song choices” were a bit too much on the nose, so it pulled me out of a moment or two. I understand those characters were being petty towards each other, so the song choices might have been appropriate for them, but in some bigger moments, that wasn’t working for me too much.

But the main “selling” point of this movie is definitely the “gimmick”, the draw if you will – one location, one night, two actors, already mentioned Zendaya and John David Washington. And I could watch those two reading Apple’s terms and conditions for 2 hours and it would still be worth it, as they both give this movie their 100%. I knew both of them from their previous projects, so I wasn’t surprised how great they were, but there was something about this mix that just worked for me even more than I expected. To me, and as much as I loved his work in this film, this is Zendaya’s movie. She can do funny, cute, crazy, sad, mad, sexy, and in some scenes, those emotions can all be there within a few minutes and she delivers every single time. Especially her big speech at the end stunned me and that is where you will see that as with most of relationships, there is a lot to process, there are two sides to everything and yet you can not help but really understand her character a bit more, where was she coming from the entire time and she sells it. Honestly, I can’t wait for her to win an Oscar in a couple of years time, as you know it’s just a question of “when”, rather than “if”. And the same goes for John David Washington, he’s immensely talented individual, who doesn’t (physically) remind me of his dad (for those who don’t know, he is Denzel Washington‘s son) until he opens his mouth, as to me, that is how I knew he is his “kid”, as they sound almost identical. I am glad to see he’s inherited some of his dad’s talent and probably took some acting advices from him (I mean, if your dad was one of the finest actors of all time, you would be dumb not to ask a few questions, especially if you want to act yourself) as he’s brilliant.

Where the movie loses me a bit was towards the end, where some of the arguments feel a bit hollow and technically you can make an excellent short film out of this (let’s say 20/30 minutes) as the main point or even the history between our main (and only) characters isn’t THAT complicated. Sometimes, the movie almost wallows in that misery too much and I didn’t think it was necessary.

What this movie does really well is making you root for a different character every 20/30 minutes. When this movie started, I was 100% in Zendaya’s corner, when John David had his big speech about movies and movie criticism and how today’s society works (“Does the male gaze exist if the filmmaker’s gay and not straight? And to what degree? What if they’re asexual?”) I understood his character better and agreed with him to a certain extent… and I think that’s also a sign of a good movie, where you are basically swinging like a pendulum, and at the end of the movie you understand nobody’s perfect, she’s made mistakes, he’s made mistakes and they either learn to talk about them/live with each other despite those, or they call the entire relationship off. I did appreciate the ending, where to me, it was clear what happens with them after the movie is over, but it is very much open to an interpretation.

Overall, Malcolm & Marie is a hard movie to rate without feeling you need to take sides, or be personally involved. It makes you reflect on your relationships, past and present, and hopefully it makes you understand how sometimes, you are not 100% right and you just need to listen to your significant other and talk to them about difficult things, that are hard to talk about. It makes you reflect on your past decisions and fights you might’ve had and possibly re-evaluate them. Or not and you are here just to watch two hot people fighting for almost two hours, that’s ok too, we don’t kink shame around here 😉