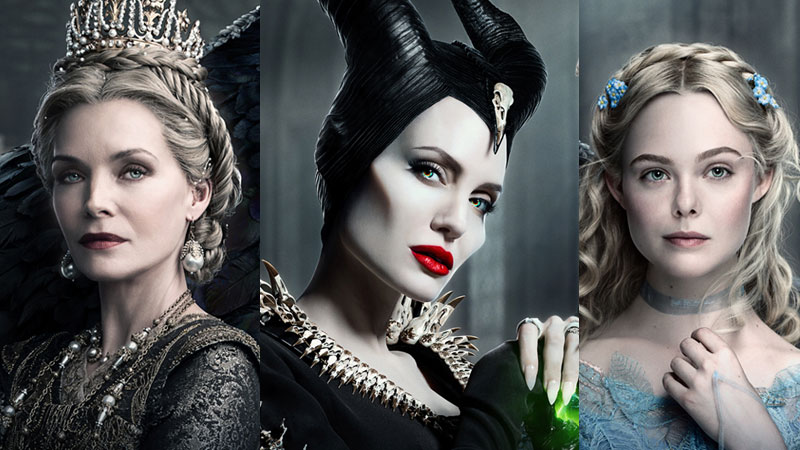 The sequel literally nobody asked for, for a movie, that was slightly better than everybody expected, came… and went, as I didn’t really see anybody talking about it, to be honest. And yet, it made almost half a billion dollars, so somebody did see it. Go reckon…

Maleficent: Mistress of Evil is another Disney retelling an old story with darker twist to it, except this time, it’s a sequel to a darker retelling of an old story, where especially the first half of this movie is really dark. And I am not talking about the material, I mean it’s so dark most of the time you can’t really see what’s happening on the screen, as most of the action takes place at night! Whoever is making these choices, as plenty of movie seem to “share” this problem, can that person just… don’t do that anymore? Thanks.

But the second half improves the setting (mostly day) and surprisingly, the movie became watchable, and even entertaining. Most of it was due to watching Angelina Jolie, as I do miss seeing her on the big screen and I wish she would act bit more. I have never understood the hate she sometimes would get, I do think she’s a great actress, when given opportunity (see movies like Gia, Girl, Interrupted or Changeling) and she’s obviously not bad to look at either.

Other than that, this movie won’t really surprise you, as we are given pretty much the same as last time, the story follows a clear path, where we know from the get-go who’s bad, who’s good and that Maleficent is still in between and her daughter (played by charming Elle Fanning) is what keeps her grounded. I did like their dynamic and scenes, just wish they would have more of them. But given the fact where they went with the story, I feel like there was a room for improvement, I am not going to spoil it here, but for me, the villain didn’t have to tip their hand so soon, it would have been a pretty cool reveal to discover what actually happened and who’s responsible. And I know, it’s Disney, it’s a fairy tale sequel, so I can’t judge it as harshly, but that could have been a really decent reveal.

Overall, this movie is almost exact definition of the word “average”, but average by Disney’s standards. That means, you can clearly see how much money they threw into it, the movie looks good, the special effects were alright, and the talent involved was great. But it’s only because of Angelina Jolie and her dominating this role, I’m slightly over-rating this movie. If it wasn’t for her, this could have been a dictionary definition for the expression “an average movie”.