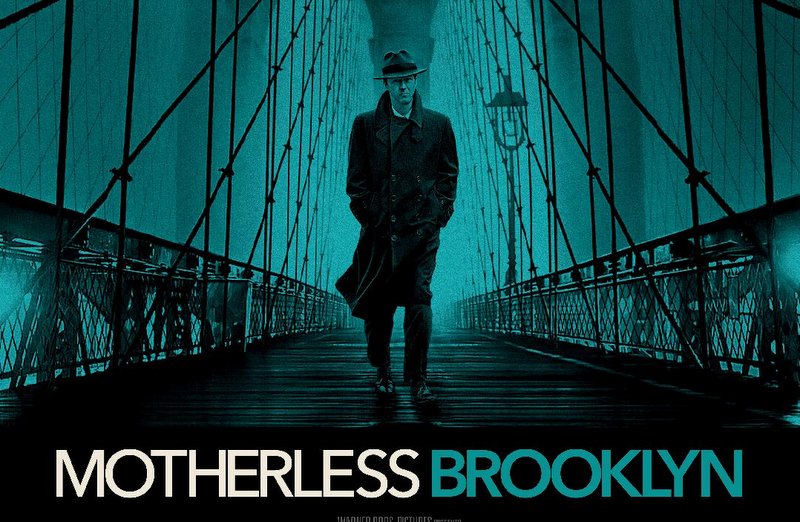 I do love me some period films. But with these, it can either be a big hit, or a very big miss. Motherless Brooklyn is, strangely, kind of in between. The movie has potential, some really good performances and the story/mystery does grab you and doesn’t let go until the very end, but there is just something about this movie that doesn’t fully click.

I really like Edward Norton, despite the horror stories about his nightmare behaviour on movie sets (this article sums up most of it) but this movie might have had a case of “too much of Edward”. I don’t think he’s as good of a director/storyteller as he is an actor. And I don’t think that’s something controversial to say. I am not suggesting he’s a bad director, because he definitely knows what to do, some of the shots in this film were truly great, but I think the main reason Motherless Brooklyn didn’t click with me all the way, it just felt fake. Not the story element, but the period element. I don’t know why, it just looked too polished, too “new”… Think of The Untouchables (1987) or the brilliant HBO show Boardwalk Empire (2010 – 2014), these all felt as authentic as they could, so you could immerse in their world. This movie lacked that “it” factor.

But everything else around it was pretty well done, to be honest. Edward’s definitely made correct decision when he decided to cast Gugu Mbatha-Raw as her performance was really great. So subtle, nothing too flashy, but she definitely was the highlight and centre piece of this film. When the movie started and I’ve realised Edward’s character suffers from Tourette’s syndrome, it threw me off for a bit, as the first couple of scenes were… well, bad. But it seemed to have improved (the acting, not Tourette’s) as the movie went along, so it wasn’t a disaster by any means. Plus, being Edward Norton, you do make some decent contacts, so there are great performances by Willem Dafoe and Alec Baldwin and in smaller role, Michael Kenneth Williams, who’s always reliable.

As I said before, the story is intriguing from the very beginning, even though it might be a bit tough to follow at some places. Which brings me to another thing I would like to mention. I don’t know who came up with the idea to set this film in the 50’s, when the book this movie is based on takes place in the 90’s, but it worked really well. At least for the story element, but again, I do need to repeat myself, you don’t get the feel of the “ye olde times” as from other movies/TV shows. What this movie does really well though is build the relationship between Norton’s character and Gugu’s character, where only around her is his condition “calmer”. Especially in the scene where they dance and you can tell, that for the very first time in ages, his “threads in his heads” have calmed down, just for a little while, but they did.

The more I think about this movie, the more I am convinced Norton should have focused on the acting and there should have been somebody else directing the film, somebody like Martin Scorsese, Brian De Palma, one of these “old timers”, who could’ve taken the material and give it the extra “something”, that would have put this film a good category up. Because Motherless Brooklyn is a film, that’s pretty good, but with somebody else stirring the ship, it could’ve been excellent.