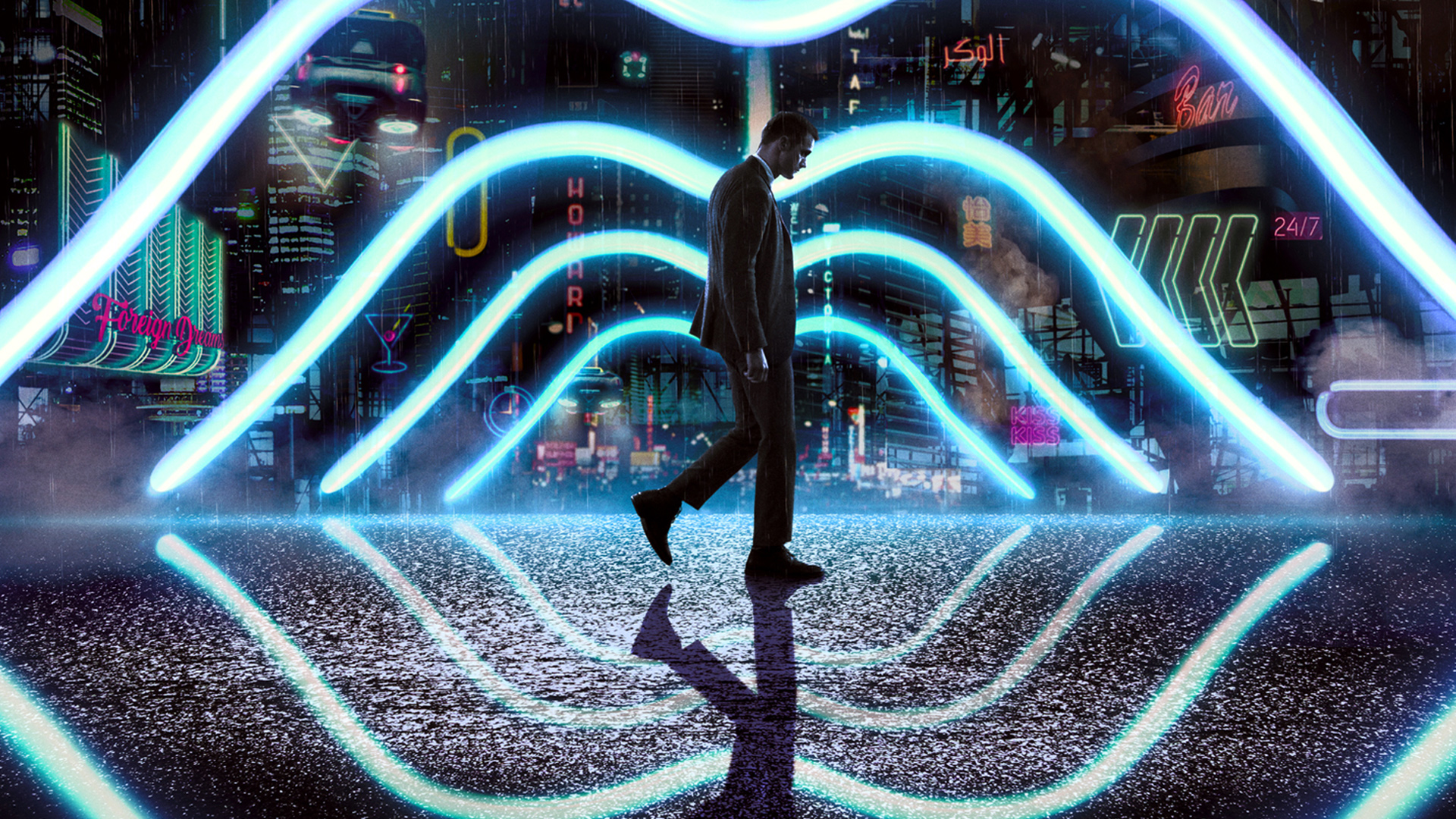 The moment I finished this film, I had plenty of thoughts, but overall, I knew I liked the movie. Then I went on to its IMDb profile to read the trivia, as I always do, and was stunned by its rating. I am not saying this is pure perfection by any means, but 5.5/10 seems awfully low. Yes, Mute has its problems, which I will address in just a second, but it also is an interesting premise done well with some great actors.

I might have the advantage of still not being too familiar with Alexander Skarsgård, so I wasn’t distracted by his past roles, as I still have to see his “big projects”, but I thought he was brilliant in this role. It’s always a testament to the actor’s ability to have them do a role with one major challenge/obstacle (in here, the challenge being his character couldn’t speak) and to see how they deal with it. And yes, in the first 10/15 minutes it felt weird for the main hero to be silent all the time, but you will get used to it, and a big part of it is Alexander’s performance and how expressive he is. I liked him in this role, I thought he had the physicality where needed, the tenderness in some other moments and most importantly, I believed him, he was mute his entire adult life.

Before explaining what I didn’t like, let me just give two more shootouts – one to Seyneb Saleh and the other to Paul Rudd. Let me start with Seyneb – since she’s a German actress, I’ve never seen her in anything before, but I thought she did the best she could with the little she had. You could tell from the few brief scenes everything about her character, how she cares about Alexander’s character, and yet, there was something else in her eyes, even before she said to him: “I need to tell you something.” I would 100% love to see her in some other movies.

Let’s talk about Paul Rudd. He stole this movie for me. It might be because I don’t think I have ever seen him play this character, but I liked the way he went about it. Even before I read the IMDb trivia, I immediately got reminded of the TV show M*A*S*H (1972 – 1983, even though most people might think of the original movie by the same name from 1970) and Hawkeye Pierce. But the main thing about his performance I adored until the very end of the movie, I wasn’t sure where he stands. His character to me is the closest we might have come to a complex villain in a while, where he isn’t this “evil dude twirling his moustache” because he’s got his moments, where he is genuinely good and likeable, but he also is evil. The more movies I watch, the more I love these grey characters, where they can be evil people, with some redeeming qualities, or vice versa, heroes, who are not 100% heroic all the time.

My biggest issue with this film might be a simple fact that it is trying to do too much. Respectively, the story isn’t that complex, but it feels like it is purposely told in such a complex way that you might get annoyed. I watched this film only a couple of days ago, and I can tell you I still remember liking it, but I would be lying if I told you I remember every single narrative decision/why it happened. It almost feels like Duncan Jones (someone, who I admire) is stuck in thinking “the more complex I make something, the better it will be.” No, that is not the reason we (or I) loved Moon (2009) or Source Code (2011). I love those films because they are great, straightforward movies with some big ideas, explored really well. Mute feels like Blade Runner (1982, my review here) inspired sci-fi, that wanted to be so different, it not only made its hero mute but decided to put a lot of filler into what could have been a really simple way of telling its story otherwise. And with no other reason.

That was a shame, as I have enjoyed the film, but even I found the longer it played, the less “in it” I was. And that pains me to say, as again, I love Duncan’s films, the way he thinks, and I still think, he is one of the most unique filmmakers we have today. I want him to succeed, and here, it felt like he was so close, yet, so far from his standard. For example, there is something I guess you could call a plot twist that serves almost no purpose other than to make our main character even more likeable…? I think I understood the message about “family” (but no the Fast & Furious one), but still, that reveal didn’t do much for me, I just said… “Ok…?”

Overall, Mute is a film I have enjoyed, despite its flaws. It feels like if Blade Runner had characters from M*A*S*H in it, where you don’t know, about the main villain, as you can see him from both sides, from being a total dick to standing up against bad people. I have enjoyed the performances and the general mood of the movie. I also thought the film could have been about 20 minutes shorter, leaner and more cut down because that would have improved it. If you are like me and have enjoyed Duncan’s movies so far, I would still give this a shot. Ignore the bad/low ratings, as Mute is not as bad as it might seem. I am looking forward to seeing what is next in store for Jones.