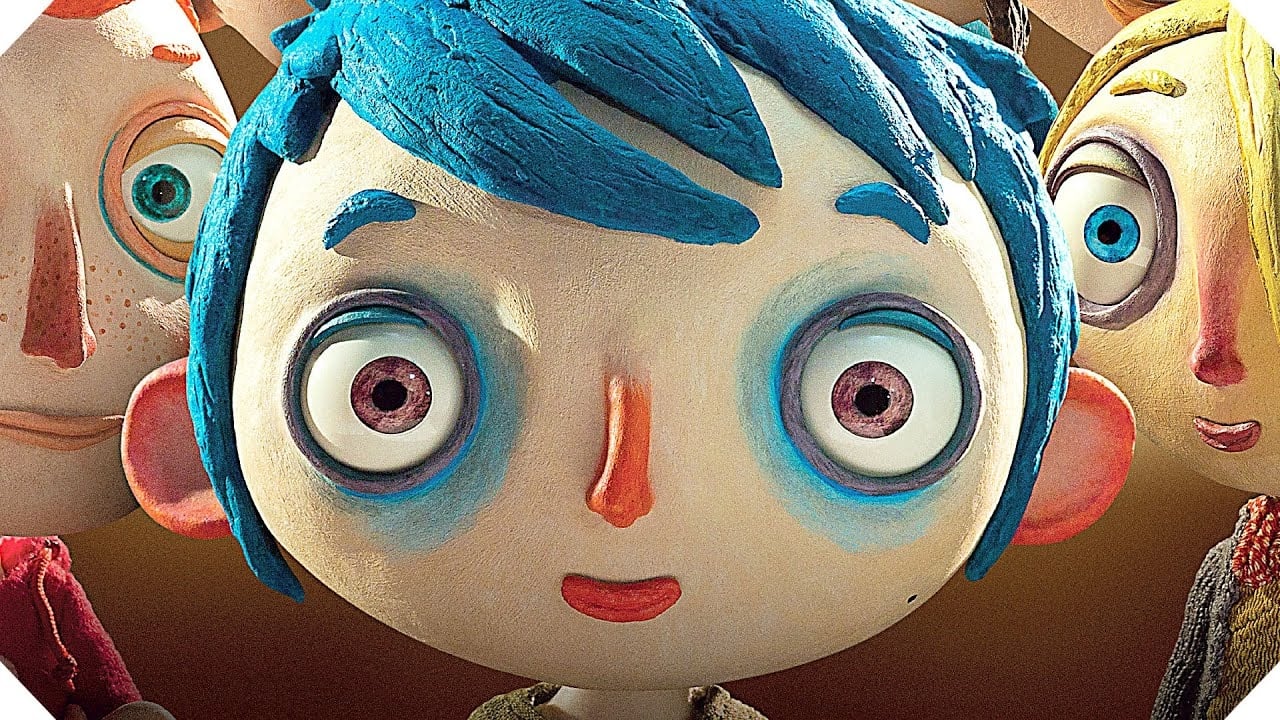 My Life as a Courgette (or Zucchini if you live in other countries) is a film I’ve heard many great things about. So my expectations were set pretty high from the start. And one day, it finally arrived on one of the streaming services I am paying for (thanks, Mubi), and I immediately put it on and hoped for the best. But I still doubted this film (a tiny bit) because of its surprising runtime – only 66 minutes! How much can you do in that amount of time? It turns out, more (way more) than some films that clock in around two hours.

I will give it to you straight; I fell in love with this film. And it’s not because of the cutesy animation style or the lovely kids’ voices (even though these elements were phenomenal), no. The main reason this film won me over is simple – it’s a kids movie that deals with A LOT of dark themes. Even Pixar movies that are brilliant regarding dealing with darker issues in their films seem almost “laughable”. I know that’s not the “correct” word because they are not. The best example I can give you is this. The main differentiator between most Pixar movies and this film would be how many things they both touch upon.

Because Pixar mastered its formula well, and usually one film deals with one major thing, and that “thing” is the main plotline throughout the film. For example, Inside Out (2015), one of my favourite Pixar films, deals (and brilliantly, may I add) with mental health and growing up. And that is important to discuss and showcase. Whereas My Life as a Courgette deals with much muddier and darker waters, from child abuse, deportation, the feeling of not being worthy/enough, and that is why you are “up for adoption”… And this is just scraping the surface.

And here’s the thing – when you write it down like that, it sounds like a lot, especially for a kids movie that’s not even that long, that can’t work, can it? That is what I would have thought before watching the film. But since I’ve seen it, I can tell you it works. This film juggles a lot, that is true. But it manages it so brilliantly you never feel overwhelmed, or it would be “too dark”, and everything, somehow, works. Well, it’s not somehow. The people behind this film crafted everything so meticulously, from the screenplay to the type of animation (that sort of reminded of me claymation); one can’t help but fall in love with this tiny movie, that could.

The most impressive thing about this movie is how emotional it makes you. One minute you want to cry because something sad happens or is mentioned, and in the next minute because something delightful and unexpected happened to one of our characters. And it never felt cheap, exploitative or wrong. And that is an achievement on its own, given the topic and imagining how Hollywood would make this film. They would make it longer by roughly 30 minutes or so and potentially hit you over the head with everything. Nothing like that ever happened here, or at least I’ve never felt like it had.

I remember seeing this film nominated for Best Animated Movie in 2017, the same year where Zootropolis or Zootopia (2016), depending on where you are, won. And back then, I was rooting for another animated movie that’s not talked about that often, Kubo and the Two Strings (2016), because that is also a criminally underseen and touching animated movie. Had I watched My Life as a Courgette before the ceremony, I wouldn’t know what movie to root for, to be quite honest with you. But I would still be disappointed that Zootopia won (even though that is also a superb animated film, but in the year when we had such unique animated features, it feels like it shouldn’t have won). And I am saying it as someone who enjoyed Zootopia.

My Life as a Courgette also showcases (as mentioned before) how much can be done with so little. I can’t imagine this movie having a huge budget, and yet, it never looked or felt cheap. You can tell most of the voice performers were first-timers and kids, but that also enhanced the movie rather than degraded it. I couldn’t imagine a kids movie could deal with a variety of darker themes in under 70 minutes, and yet again, this movie does it flawlessly. Even when I squint my eyes and try to find a fault, I am left speechless, hollow and empty. So, quite the opposite of how I felt after finishing this film.

Overall, My Life as a Courgette is a fantastic, brilliant movie that everybody should watch. Yes, it deals with a lot of things that many movies (let alone animated films!) shy away from, but it does it so well, in such an eloquent manner, you will be invested in all the characters, not just our main hero, who calls himself Courgette. You might have noticed I didn’t talk about the story that much, and that was on purpose because I would love for you to experience this yourself. It’s been a while since I’ve loved a movie this much.