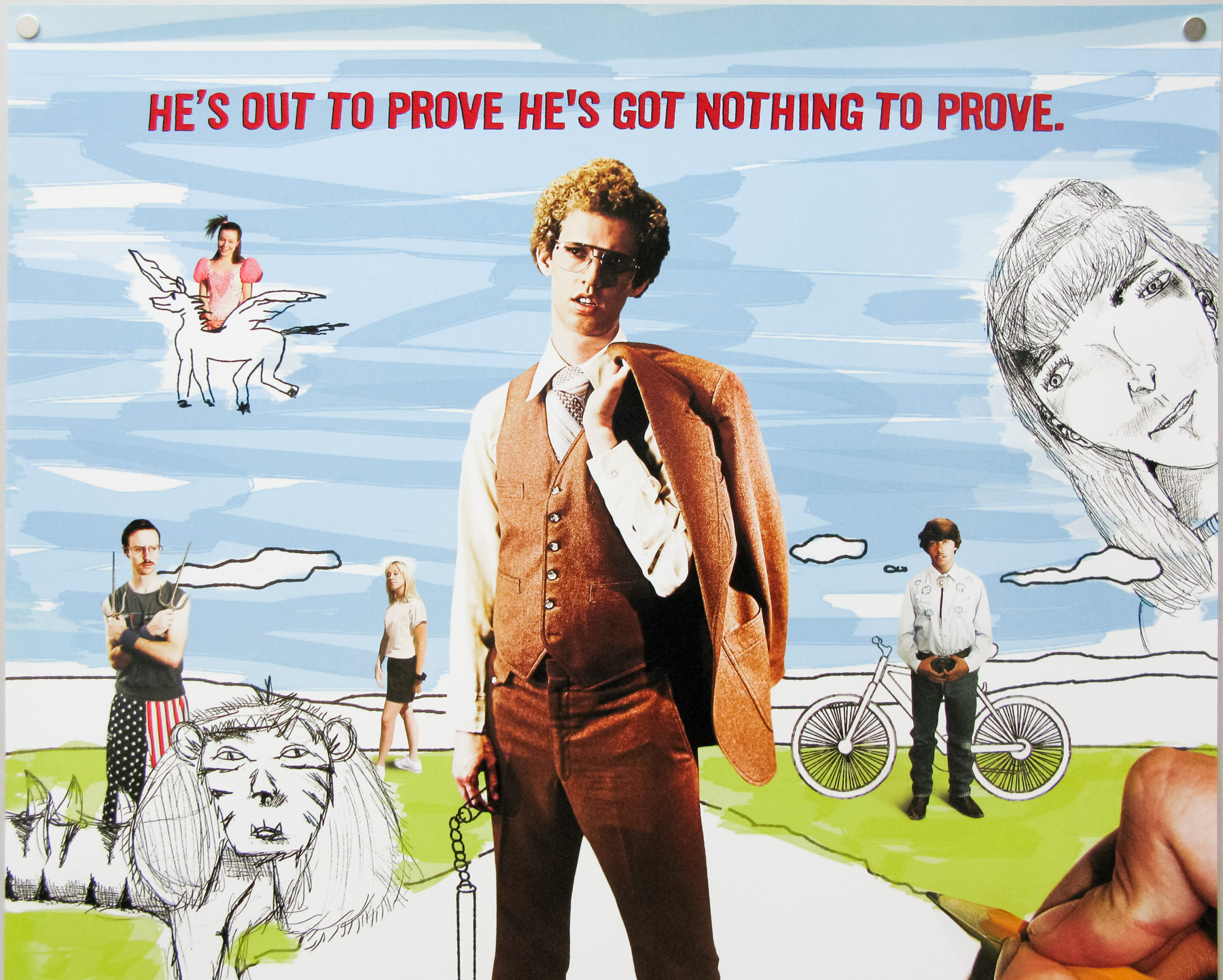 I don’t think there is a movie, that gained more of a cult status in the first decade of the 2000’s, than Napoleon Dynamite. I have not seen it until now and still I knew about the dry sense of humour this movie is famous for, how the main protagonist looks like and that there is a final dance number, that was supposed to be really funny. Well, let me take it step by step…

Any kind of really dry humour is really hit or miss with me. It either really works, or it doesn’t and I suffer through the movie/TV show. But this film is a rare exception confirming the rule, that was kind of in the middle…? I didn’t laugh nearly as much as I thought/wanted, but overall I had some decent chuckles here and there. And even the big final dance was… ok? It was nothing that would have me dying with laughter, maybe I’ve heard about it so much over the years I over-hyped it, or maybe I just don’t find any dancing funny, no matter how funny it should be…? And yet, in this instance, it didn’t bother me. The fact, I didn’t laugh as much didn’t really concern me as with other comedies.

My main thing about this film and why, even though I did not laugh as much as expected, I still rate it highly, I really liked the story. More importantly, how realistic it was, to the point it was almost too painful too watch at times, but at the same time, that’s what made this movie really special in my eyes. Let me give you an example with the ending of this movie. Now, it’s been out for 17+ years and it’s not exactly any twist/shocker, so I will just talk about it without the mandatory spoiler tag. Basically, Napoleon dances his ass off, “wins the day” (well, for his mate, who’s running for the class president) and receives a full on standing ovation. In that one moment, he’s the hero of this tiny, middle of the nowhere school, where nothing much really happens. And yet, the next week or so, where we see him playing with a ball, he’s all alone. He’s not surrounded by 10 new friends, he’s not the “hottest new thing” in his school… Because that’s not how people work and this movie understands it.

Behind this quirkiness, this weirdness of a movie, you will find a really simple story about a guy, who just wants something, but I don’t think he knows, what he wants. He’s really supportive of his friends, but he just wants to take it easy, chill and maybe play with a ball. Because he loves his simple, kind of strange life. And that one moment, a few minutes, even though it happened in front his entire high school, has not really changed that much for him or about him. I really liked that.

Napoleon Dynamite is truly one of the quirkiest, most straight forward movies you will ever see in your entire life. But in this simplicity lies the film’s biggest weapon – it’s honest. Behind everything, you are just seeing a film about a student, who lives in the middle of nowhere (literally) where nothing much happens and he likes it like that. I can kind of relate to this, as I also grew up in this tiny village (population around 3.000 people) where nothing much happened, but unlike Napoleon, that drove me insane, so I’ve changed it and moved.

Overall, if you are up for a movie, that just gives it to you straight, no hidden messages, that doesn’t want you to be a better person after finishing it, you know, just a really simple comedy, that based on your sense of dry humour you might find less or more funny, Napoleon Dynamite might be a film for you. Again, I have heard a lot about it, so maybe I might have overhyped myself, maybe this kind of humour is too dry for my liking, but I really appreciated the simplicity of the story and how natural those unnaturally acting people felt like 🙂